can i install gnome , KDE plasma , XFCE in 1 endeavouros? i mean like i can switch to KDE if i want or i want to switch gnome , can i do that?

This may be of help to you. You can switch and then remove your old DE. I’m not really sure I understand what you’re trying to ask honestly. . . .

If you have changed to another DE (Desktop Environment) after initially installing the offline edition (XFCE4) or you just decided to move over to your freshly discovered DE, you might want to remo…

i saw in ArcoLinux , that’s why i am asking

Yes you can install multiple DE and in the login screen select the session you want. However if you want a stable system don’t do that. 100% guarantee that there will be config conflicts and you will open another thread on this forum with broken system.

If you are undecided you can try installing all 3 but later wipe your eos and reinstall using only your preferred DE for a stable and working system. Also note you will end up with multiple apps like dolphin, thunar and gnome files as file manager etc…

Arcolinux is no different, same thing.

The only thing that works great is for example xfce with an additional wm like i3wm. Tiling window managers do generally not interfer much with the installed DE.

I also took the liberty to change your thread title to make it clearer what you are looking for.

Personally the only desktops i would install together are Xfce and I3 window manager. Any of the rest i would install to their own partitions or on separate drives. Xfce and I3 are well suited to work side by side. The others i personally would not install them together even though it is posssible. You are just asking for problems. I have Xfce, Cinnamon and Kde installed as a triple boot all on separate drives with rEFInd. I have had every desktop installed but as i said all on separate partitions or a combination of multiple partitions & drives.

I know that Linux is for people who like to mess with their computers, but this would be guaranteed a messed installation or an adventure 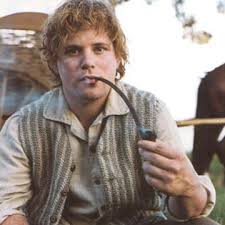