I am trying to install EndeavourOS on MacBook Pro 2007 (A1226)
I was able successfully install it from USB, at least it said “Successfully Installed”
but after rebooting it does not start.

Any idea what is next?

Did you try nomodeset as a kernel parameter on boot?

Welcome to the forum @onesign

Any idea what is next?

A buddy of mine also gifted me a 2007 Macbook. . . it was a half year though. Some of them are unfortunately 32 bit. I had to install Debian/Sparky/MX on it.

am trying to install EndeavourOS on MacBook Pro 2007 (A1226)
I was able successfully install it from USB, at least it said “Successfully Installed”
but after rebooting it does not start.

This was my EXACT same scenario when I tried EOS on it.

A buddy of mine gave me an ancient 2007 macbook. I think it’s 32bit, as I’ve only been able to get MX 32bit and Debian 32bit to work thus far. I tried Debian KDE and it was just awful slow. MX xfce seems to be doing well so far though. It’s a shockingly decent little computer to play with. Not so bad for free. I tried and couldn’t get Peppermint to boot from USB either. Any other worthwhile 32bit distros to try? [Screenshot_2021-03-05_20-08-53]

Your model has a 64-bit processor but a 32-bit EFI boot. It is possible to run a 64-bit distro on those machines, it even will be recognised as a64-bit machine when running.

Just follow this website and it will run on your machine. (It was a very long time I used it, but I was able to run any 64-bit distro on my, now deceased, MacBook Pro 2006. 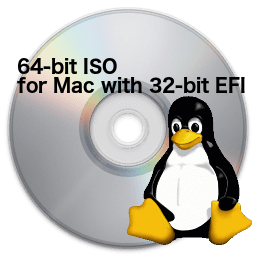 Apple's 32-bit EFI implementation on late 2006 Macs makes it tricky to get 64-bit Linux distros installed. Tricky, but not impossible...

Just for the record : Archboot-loader from repo containt bootia32 while chroot in could replace that file. with some tricky