Hi,
Has someone installed the Cosmic DE on EndeavourOS and is kind enough to share the steps?

First off: I haven’t.

However, there doesn’t seem to be a package in the official repos or in AUR for cosmic desktop.

While waiting for someone who has actually done it to chime in, you might want perhaps to research into it a bit by referring to the following page:

The steps appear to be on the project page: 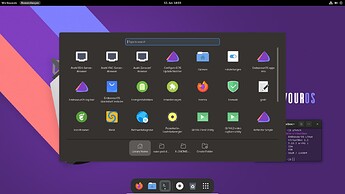 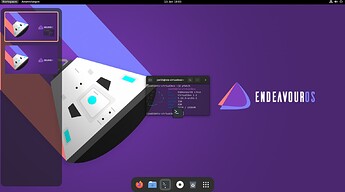 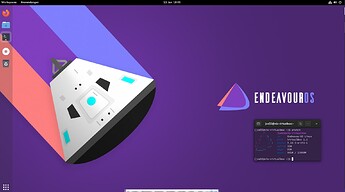 Welcome to the forum @buddyspencer 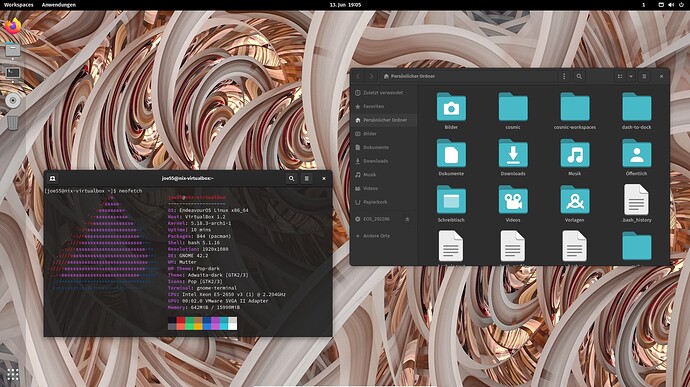 Did you just follow the steps from the official repo?

Rest is setting it up like the dock and set pop icons and shell theme to pop e.t.c.

That only applies to the few GTK4/libadwaita apps in the repo; the vast majority of core Gnome apps still use GTK3. Nautilus and Gnome-Terminal are still GTK3, so if you install the pop-gtk-theme-git and update us with your new screenshot, it will correctly show the PopOS theme, after you’ve told Gnome Tweaks to use it of course 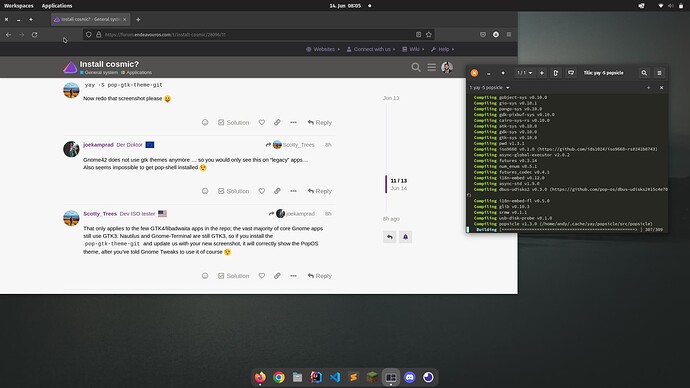 popsicle and popsicle-git have sometimes failed to build in the past, but when they do build successfully, it takes ~10 minutes to compile it after each update. There’s nothing inherently wrong with doing it that way, but after many months of using the AUR package, I’ve found it easier maintenance-wise to just use the flatpak version of popsicle, installs and updates quickly.

thanks for the hint.

Adding my two dinars: on Gnome, gnome-disk-utility (Disks) can also be used to make bootable flashdrives.

on Gnome, gnome-disk-utility (Disks) can also be used to make bootable flashdrives.

When installing gnome-disk-utility on KDE, total install size is 6.30 Mib and very few if any dependencies,

EDIT:
gnome-disk-utility is also handy for a bunch of other things besides burning flashdrives.

Pretty versatile application. Easy to use, easy to like.

For those who have done it: does the tiling windows work? I didn’t see the icon in the status bar. The only way I will use it is with tiling turned on.