If you are still interested to give the online install a shot, you could try usb-tethering the internet connection of your mobile phone if that is possible.

More, you could add the packages you need to have in the installed system to user_pkglis.txt in the home directory of the liveuser.

Download and save firmware packages to the EndeavourOS USB, problem solved

No, problem is not solved, because to apply this drivers I need to reboot, log out, or something else doesn’t help

Perhaps you could do an offline install.

Then once booted to your installed system, connect your phone to the usb port and use its internet connection to install the required packages.

When you got WiFi up and running, you could install KDE and remove Xfce.
Perhaps the more convenient way would be to create a new user for the “KDE Plasma user”.

See the following articles for how to install and/or remove a desktop environment:

Edit:
Please have a look at this post as well:

plasma is probably the easiest DE to install. Simply install the group plasma. Then enable sddm and remove xfce and lightdm. I haven’t tested it but something like this: sudo pacman -S plasma sudo systemctl enable sddm.service -f sudo pacman -Rc xfce4 xfce4-goodies Be careful and review the list of packages to be removed carefully. It is a clean install, don’t login to the xfce4 session. Instead log into the TTY and do it there. That should keep your home directory cleaner.

apply this drivers I need to reboot

Packages can be installed to a live system. After installation you can manually insert driver with modprobe command instead of rebooting, unless another driver is assigned.

Some basic WiFi driver is assigned => (as you said) I can’t apply new driver. lspci -k showed that

So, developers. If you read that, I would you like to add linux-firmware-marvell and linux-fimware-whence packages into distribution. Sorry if some phrases are a bit rude, English is not my native language

This is different to

as it uses a USB cable.

Given there are several workarounds here I’m not sure it’s necessary to add firmware for every niche piece of hardware?

or something else doesn’t help

Perhaps open a thread to try to get this working?

But I think that it is correct. Basic arch offers drivers for my device and I install it without problems. Why your distro that is based on it should not offer that?

linux-firmware-whence is already installed because it is a dependency of linux-firmware. So you need the marvell firmware package for the WiFi. You could download it to a usb and then install it after.

Okey, guys, thanks for your answer. I understood what USB tethering is. Maybe it is solution, but can’t test as I have not 1 → 2 USB dongle. But I think that one package is not a problem for Distro ISO. Maybe will test this variant after. Big thanks for your help

Total Installed Size: 47,37 MiB
Not huge but how to decide what to include and what not ?

We had the discussion after the change on arch splitting the firmwares …
Could be that it makes sense to add marvell ?

It seems that marvell drivers are needed for surface laptops

and they are hitting the second market hard

but … linux-firmware-marvell is not a dependency of anything and not installed on the ISO… and if the wifi device is internal and not pluggable the firmware needs to be present on bootup to enable the device.
Afaik – 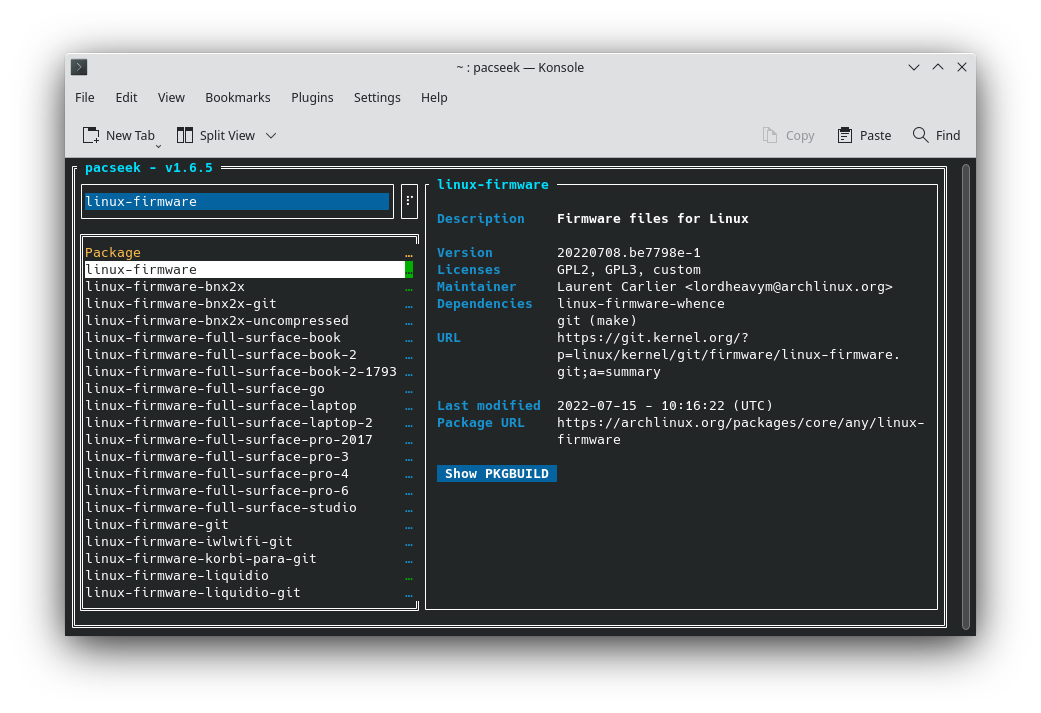 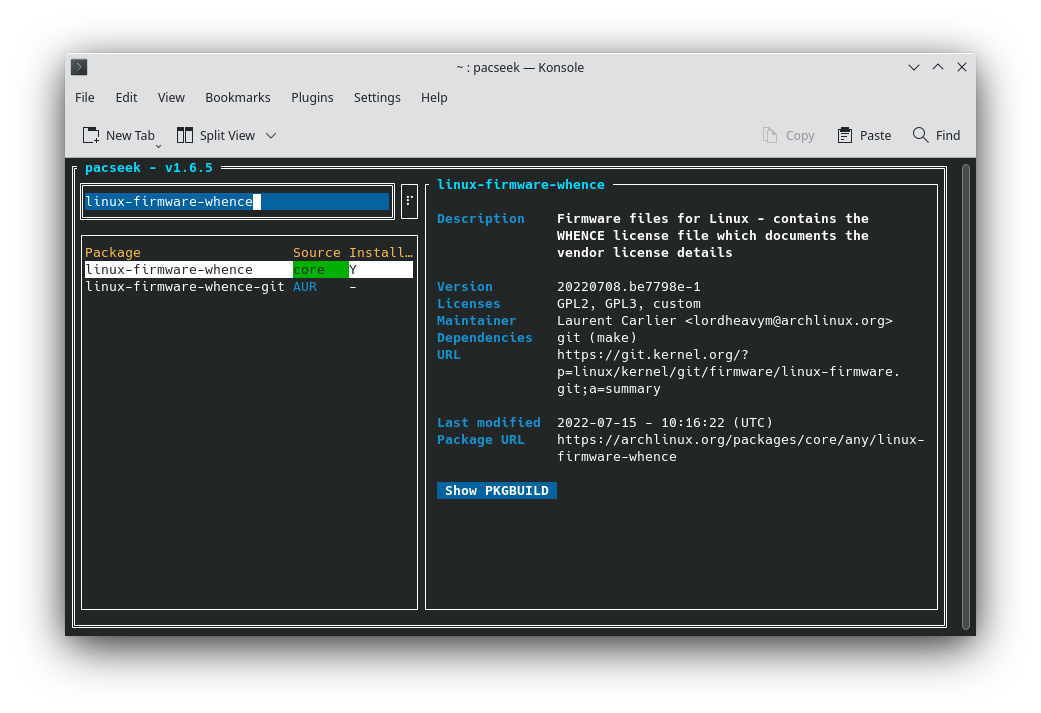 linux-firmware-whence is already in the iso,

We just need to add linux-firmware-marvell.