Icon theme not applied in XFCE4

I have changed the icon theme in the XFCE Settings Manager (Appearance section), but the new theme is not propagated to the applications. I have closed by login session and reopened it, and even boot cycled the entire system, but no change occurs. I believe that at least some font selections are also not propagated, as XFCE Terminal and Xed are configured to use the the system font, but it is different from the one that appears in their windows.

The theme settings clearly are persisted, just not applied.

I have recently provisioned the system, and installed XFCE4 as the only desktop manager. I am opening the Windows through an SSH connection, with X forwarding, initiated from a host running Cinnamon DE over Linux Mint 21.

Hello,
Did you try to change the theme with the command line ?
Check the icon theme you’re using :

Thanks for the suggestion.

The command-line tool allows me to confirm that the desired configuration was registered, also shown in the graphical dconf Editor (see caputres below).

However, as I have tested multiple graphical applications, such as Thunar, and just now the dconf Editor, I have found the setting change is not taking the effect I intend. 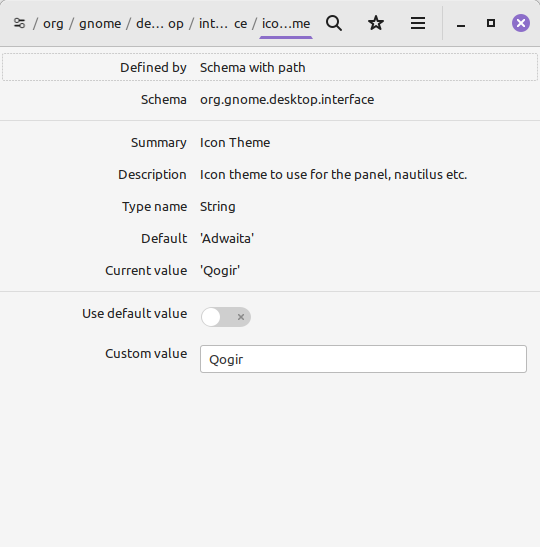 And if you use xfce4-settings-editor ?
It’s in the “xsettings” channel, you can see if the parameter is locked or not.

However, I have opened it, and seen that the relevant field is populated with the desired value. 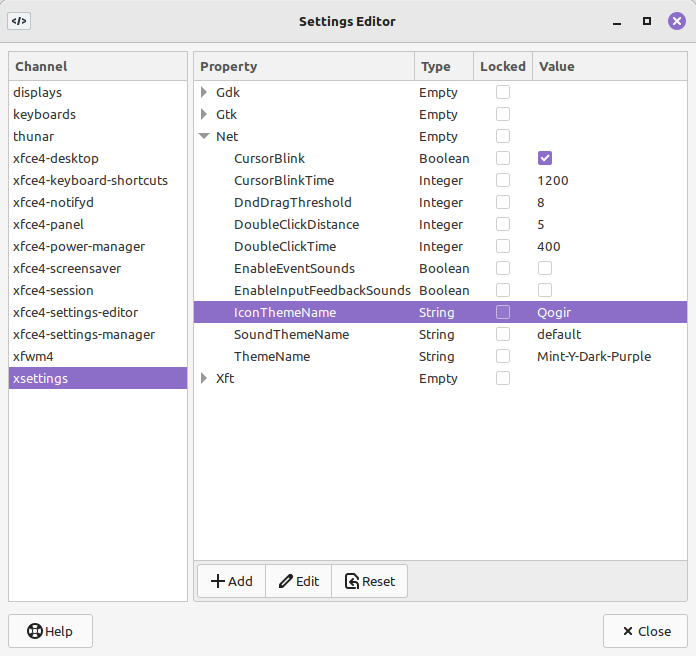 I have recently provisioned the system, and installed XFCE4 as the only desktop manager. I am opening the Windows through an SSH connection, with X forwarding, initiated from a host running Cinnamon DE over Linux Mint 21.

It has worked in the past that at least icon themes would be determined by the settings on the remote host, not the local host serving the X environment, though now is my first experience with the Arch family.

On the local deskop, the icons also are not following the settings I configured.

It is also curious that on the local display of the system, the window decorations follow a blend of the Mint theme that I installed and selected versus a native theme. 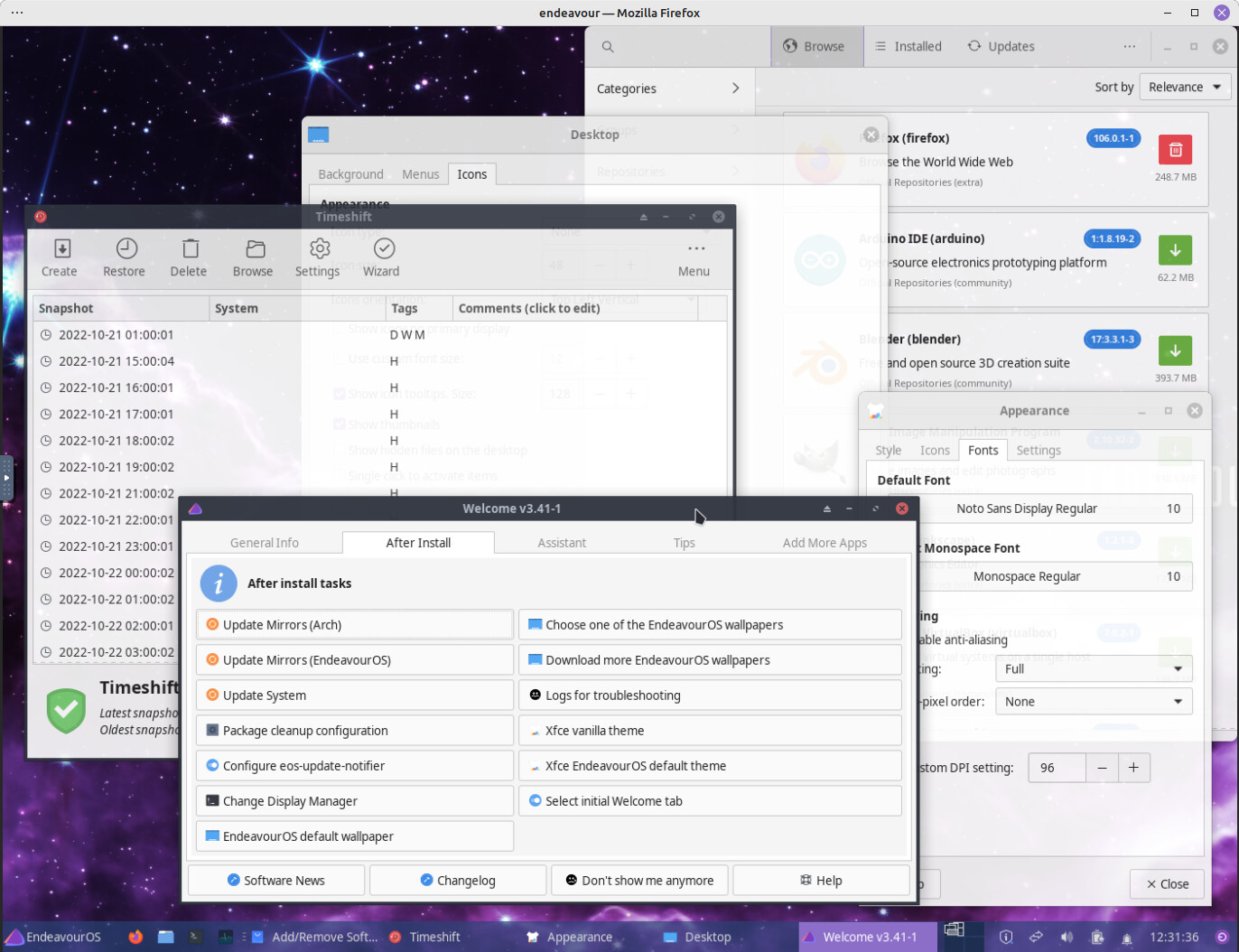 I’m not sure about whether bumping is discouraged, but I have found no rule about it, and I would be happy to see the discussion revived. I am still without a solution to the original issue.