I need help setting up touchpad gestures using libinput and xdotools. Can someone help me on this one?

I’ve been using Wayland together with the Gestures gnome extension to get touchpad gestures.

I’ve decided to try out X11 and use libinput gestures for a change.

I installed the gestures GTK app for libinput gestures.

From here, I tried adding my own gestures… they didn’t go well.

The gestures I wanted to implement are as follows.

I’ve tried to follow this https://www.linux.org/threads/xdotool-keyboard.10528/ to configure the gestures but it’s no use. My implementatoin must be incorrect, in addition to not being able to figure out how keyboard strkes are supposed to work. 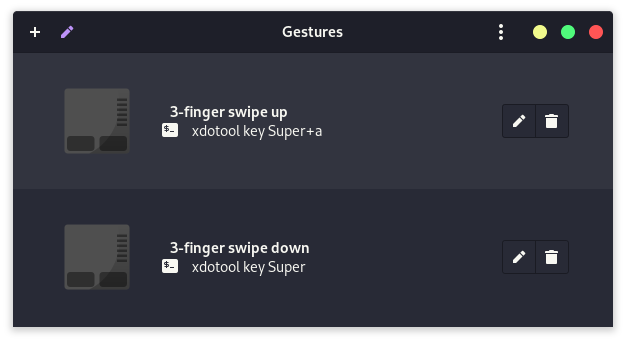 How would I go about using arrow keys for gestures, and what is wrong with my current gesture setup?

Not sure about the gestures app , but

Multitouch gestures with libinput driver on Linux. Contribute to iberianpig/fusuma development by creating an account on GitHub.

may be worth looking at

I’ve gotten the commands working with xdotool and ydotool but the actual gestures seem to not work.
Thanks for those resources though, I’ll have to read through them later today.

On plasma I use gesture-manager: 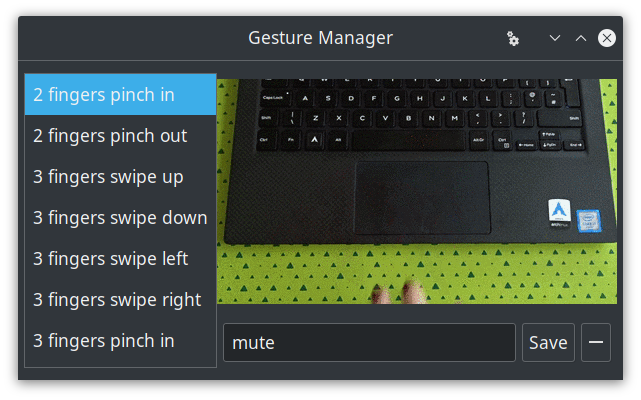 Oh - one thing to note, the shebang in gesture-manager needs editing, it should read:

But there is an extra “\” in it (edit /usr/bin/gesture/manager).