How to check if package blocking update can be skipped

On trying to update recently I received this warning:

As I’d prefer not to uninstall mpv how could I identify which other package uses this updated package? Presumably doing a “pacman -Rs libplacebo” would solve the problem but also might break mpv?

I could get by without it for the moment if that is what it takes to enable a complete update.

Can we see the full output from that update?

Also, can we see the contents of /etc/pacman.conf 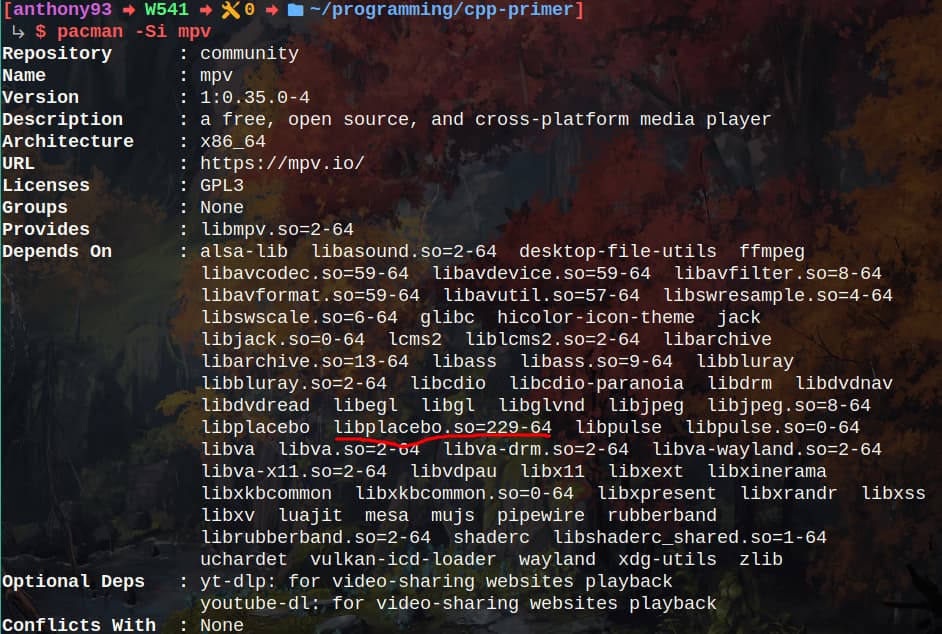 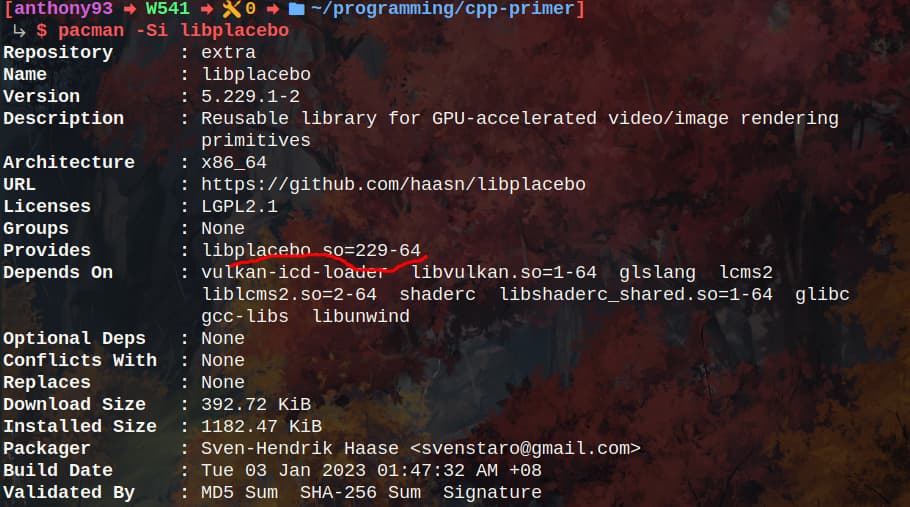 Here is the file I created with cat added pacman.conf
update-block-libplacebo.pdf (17.9 KB)

Apologies for direct upload as I tried pastebinit but couldn’t get the right access.
I tried an upgrade on another Thinkpad I have with a recent installation of Endeavour OS and had mpv installed. There was no problem with the pacman update. Could it be the chaotic-aur repo causing the problem?

HoldPkg is packages that can’t be removed.

Could it be the chaotic-aur repo causing the problem?

It is absolutely possible. However, first I would try resorting your mirrors and ensure you aren’t connected to a partially synced mirror.

As a side note, I am note sure what the impacts of holding back libgweather and libvterm01 are.

You were right. Refreshing my mirror lists seems to have sorted the problem as update had not problem with libplacebo.

On a side note: I held back libgweather as well as grub-tools as I get a message that they are no longer in the AUR repo. So should I simply remove them?

On a side note: I held back libgweather as well as grub-tools as I get a message that they are no longer in the AUR repo. So should I simply remove them?

grub-tools came from the eos repo and it has been removed.

It is up to you to decide to remove it or keep it installed. It provides some automation around grub. We removed the automation last year.

I would recommending removing libgweather if it is no longer in the repos or AUR.

Will do the removing. Many thanks for the rapid help on this great forum!