"HDMI Disconnected" - but it's not! xrandr/second monitor woes

I just installed EndeavourOS on a HP All-in-One (aio) pc. It has a 12th gen Intel chip with onboard graphics. It has 1 HDMI port on the back, as well as 1 DisplayPort. Installation was…normal? I’ve installed EOS a few times over the years and it was uneventful - the only weird thing was when I clicked “install” (after selecting all the options, like, language, partitions, etc), it went back to the boot-type selection screen and went unresponsive until the installation was complete. I don’t think that’s related, but who knows.

I did on online install, and verified that everything was up-to-date. I installed i3 (my DE of choice) as well as XFCE, Cinnamon, and Gnome, because I like to stay in touch with them. I performed the following steps on ALL of those DEs.

So I plugged in an external monitor which works with another computer, using the same HDMI cord. The AIO screen went black, the way it usually does when you plug in a new monitor, and the second monitor also went black. Then the AIO screen went back to how it had been before, and the second monitor showed a “HDMI NO INPUT” message. xrandr showed the AIO monitor and all of its modes, and listed FOUR displayports and 4 HDMI ports - HDMI1, HDMI2, etc, all marked as “HDMI DISCONNECTED”.

I googled for a bit but didn’t find many threads/suggestions that seemed relevant. The things I tried were:

(I’m at home now; this occurred at work; so I don’t have the exact commands, but it was something like these)

After that, HDMI1 showed the new mode (until reboot, after which it disappeared), but still showed as “disconnected”. (FWIW, arandr just shows one monitor.)

Hardware wise, I tried the following:

I did not try a displayport connection - I didn’t have a DP cable handy - I hope to find one at home and try that tomorrow.

Anyone have any thoughts/suggestions?

some hardware info would be interesting 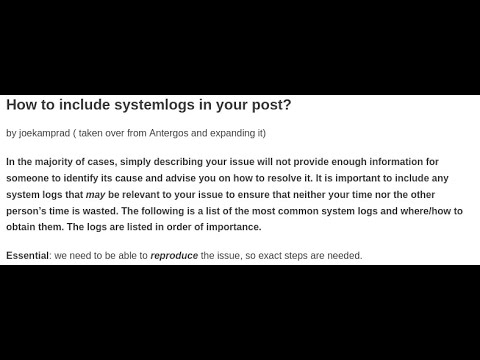 that dash was missing, why off?
or use
arandr
it helps you to find the proper settings ( yay -S arandr)
ctrl + Return to apply
Save as e.g. monitor.sh
chmod +x monitor.sh
Edit: can be HDMI1 (arandr shows what are the actual ports)

yes the go to tool if you use EndeavourOS i3 setup… use arandr and save the setup as monitor and the config will read this on login:

Thanks everyone for the responses. I’m back at work so troubleshooting should be easier.

Before I go through some of the suggestion replies, here are the syslogs:

can be HDMI1 (arandr shows what are the actual ports)

Yes, xrandr shows it as HDMI1, though when I look at it in the /sys/class/drm folder, it shows them as

I don’t really know what that means (it was just some question someone else asked in some thread somewhere), but I figured I’d mention it.

arandr was installed by default and I did open it - but it only shows the main display, and all other outputs (in the outputs menu at the top) are grayed out.

Ok so I tried a DisplayPort cable and it works. So… I still have no idea why HDMI didn’t work - but the problem is solved.