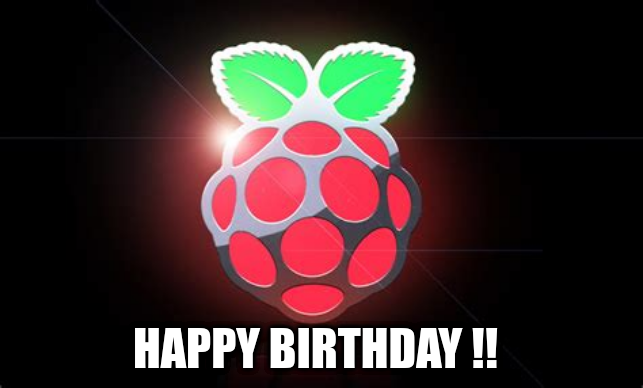 Happy Birthday to us - Raspberry Pi

Almost exactly ten years ago today, thousands of you woke on a leap-day morning to discover that we’d started selling Raspberry Pi computers

Which one did you get? Also are you running 64 bit EOS Arm?

I’ve got a RPi4B8G. And yes I am running EnOS ARM 64-bit. Also Raspberry OS 64-bit.
Just yesterday I installed MX Linux ARM (32-bit) but I haven’t tested it that much yet.
I tried Pop as well. The desktop is too tweaked to my taste so the SD card got reused rather quickly.

What can you tell me about the difference between EnOS Arm64 bit and Raspberry OS 64 Bit?

Once the RPi 4b is installed, there is for all practical purposes no difference software wise.

Arch Linux and Arch Linux arm use the same source code, the same package manager, etc. they just compile the packages for the appropriate hardware architecture , x86_64 or aarch64.

The only real difference is hardware drivers. However, x86_64 Arch has driver differences on steroids. Different CPUs (AMD vs IBM), a whole ton of GPUs both built in and / or add on, a slew of problematic network drivers, proprietary drivers, etc. Where as a RPi 4b is a RPi 4b, is a RPI 4b and the hardware is consistent from device to device. Once the devs get the drivers correct, smooth sailing.

I was wondering what the differences are between Raspberry pi OS and EnOS arch? Rasberry Pi is based on Debian correct? So i was wondering how each work and also you said you can use either the archarm kernel or the raspberry pi kernel on EnOS?

Raspberry Pi OS is based on Debian just as Linux Mint and a number of other distros are.

EnOS, arcolinux, Manjaro, Garuda, and Enos Arm are based on Arch Linux.

Arch Linux Arm linux-rpi kernel is the Raspberry Pi Foundation kernel that is patched to run on Arch Linux Arm. Linux-rpi is based on the longterm 5.15.29 kernel.

Forum members @Jonathon and @Dalto and others know much more about the kernel process than I do.

So, both 64 Bit kernels will run on the Raspberry Pi 4 series. However, I strongly recommend the linux-rpi RPi Foundation kernel as it is more like a LTS kernel, and it also includes more modules that are specific for RPi 4.