Today I observed that the option Open in Terminal is not working anymore and crashing the window. So I googled and someone somewhere taught how to fix it by opening the Gnome-Terminal directly and by unchecking the “Run custom command instead of my shell” option. But my Gnome-terminal does not open either.

Someone knows something about, please?

First, make sure your system is fully up-to-date and reboot.

If that doesn’t help, install a different terminal and try running gnome-terminal from that terminal. Hopefully there will be some kind of error message displayed in the terminal.

I am really upset. To shorten the story:

that is, the fckng package is already installed, but when I run the command pacman -Ss gnome-terminal the output is:

that is, it seems to be not installed.

In resume, I’m upset and don’t know what to do.

This is your problem. When the package tries to install it can’t install the binary because your symlink is in the way.

Delete the symlink and then install gnome-terminal

However, the nautilus executed only now some changes that I tried to do before but it did not do. 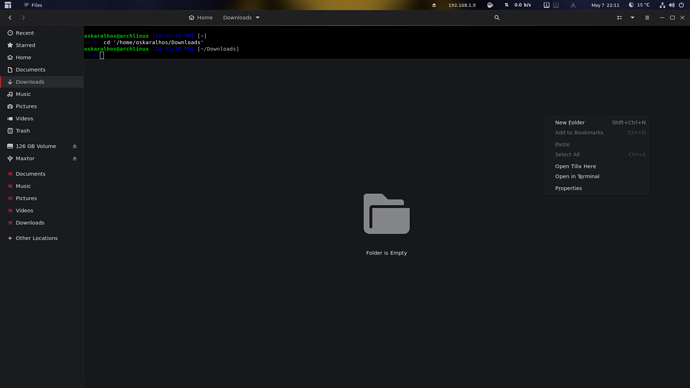 What do you suggest, mate?

Does gnome-terminal work at all?

What happens when you run gnome-terminal from tilix? 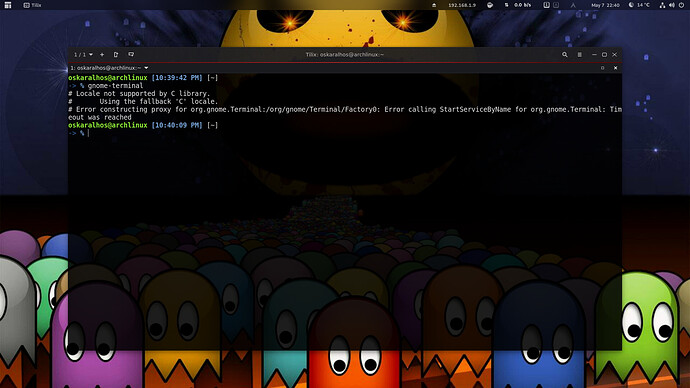 This problem used to occur in Manjaro cuz after the first system update the locale was simply disconfigured. And we had to reconfigure it to fix the terminals. But in EndeavourOS this does not use to happen. My locale.conf was generated by EndeavourOS and had two languages, en_US.UTF-8 for the system language and pt_PT.UTF-8 for time, date, money and for some other portuguese stuff. And, first of all, I have been using it for months, so, why does that problem come up now?

But I decided to follow your hint and edit the locale.conf and I wiped away the pt_PT.UTF-8 from the file, regenerated the locale-gen and reupdated the grub and rebooted the computer and voilà, the gnome-terminal came back. Problem solved!

Excellent! I had exactly the same issue after a fresh Arch install yesterday morning.