Fonts on Firefox are all broken

Looks like the next batch of my daily EndeavourOS issues have arrived again.

I have no idea why, but my Firefox fonts are completely wrong and all broken. I think this screenshot should speak for itself: 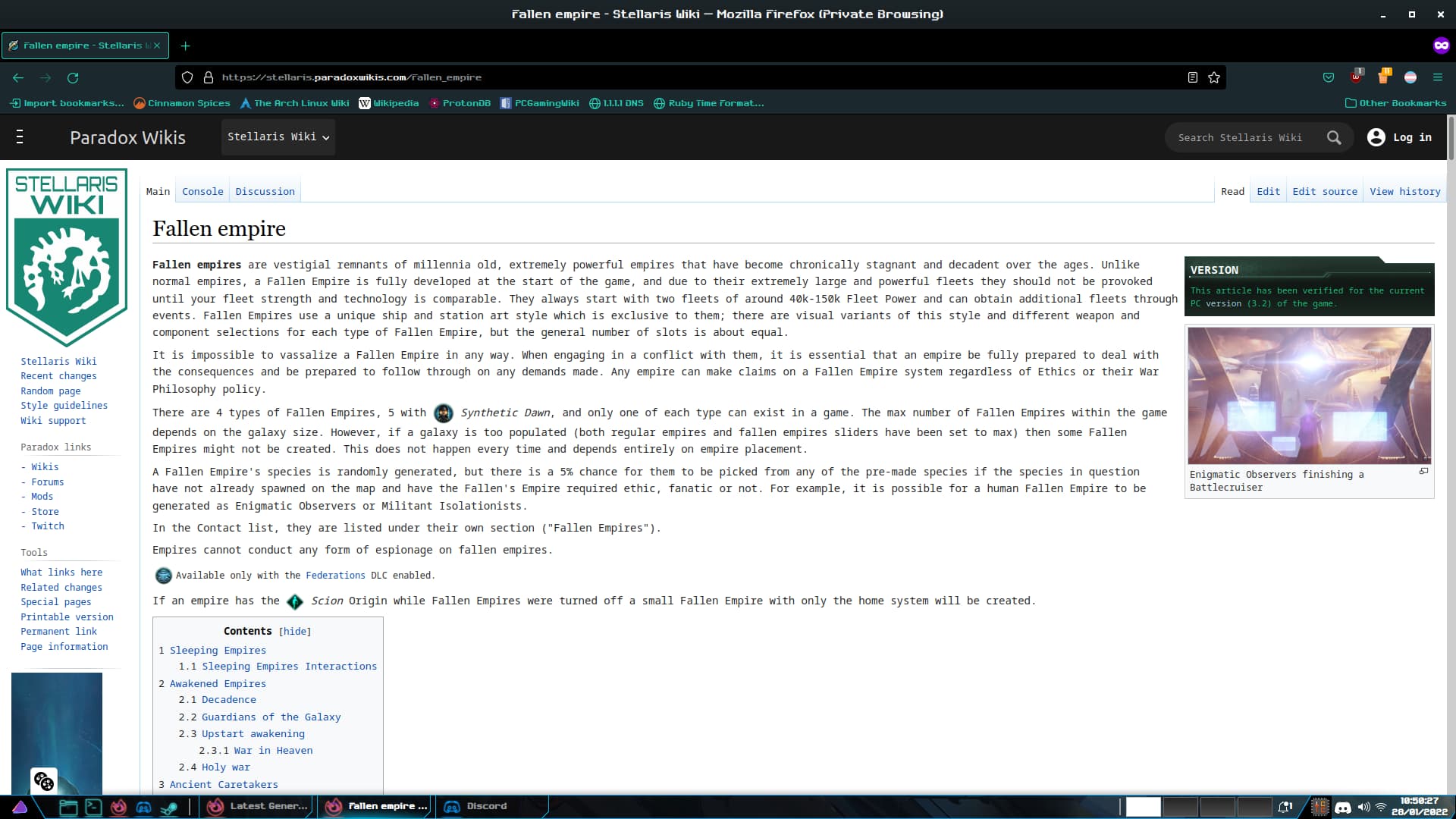 This, plus several websites, are displaying weird, wrong, smushed and/or oversized fonts rather than their defaults. It never looked like that on Mint, Fedora or Windows, and I hate it. I have no idea what caused it, or how to fix it… I’ve already looked at several other threads here talking about the same issue, but they all talk about ClearFont and requiring an LCD filter to be enabled, but that didn’t solve my issues.

This is my font setup on Firefox: 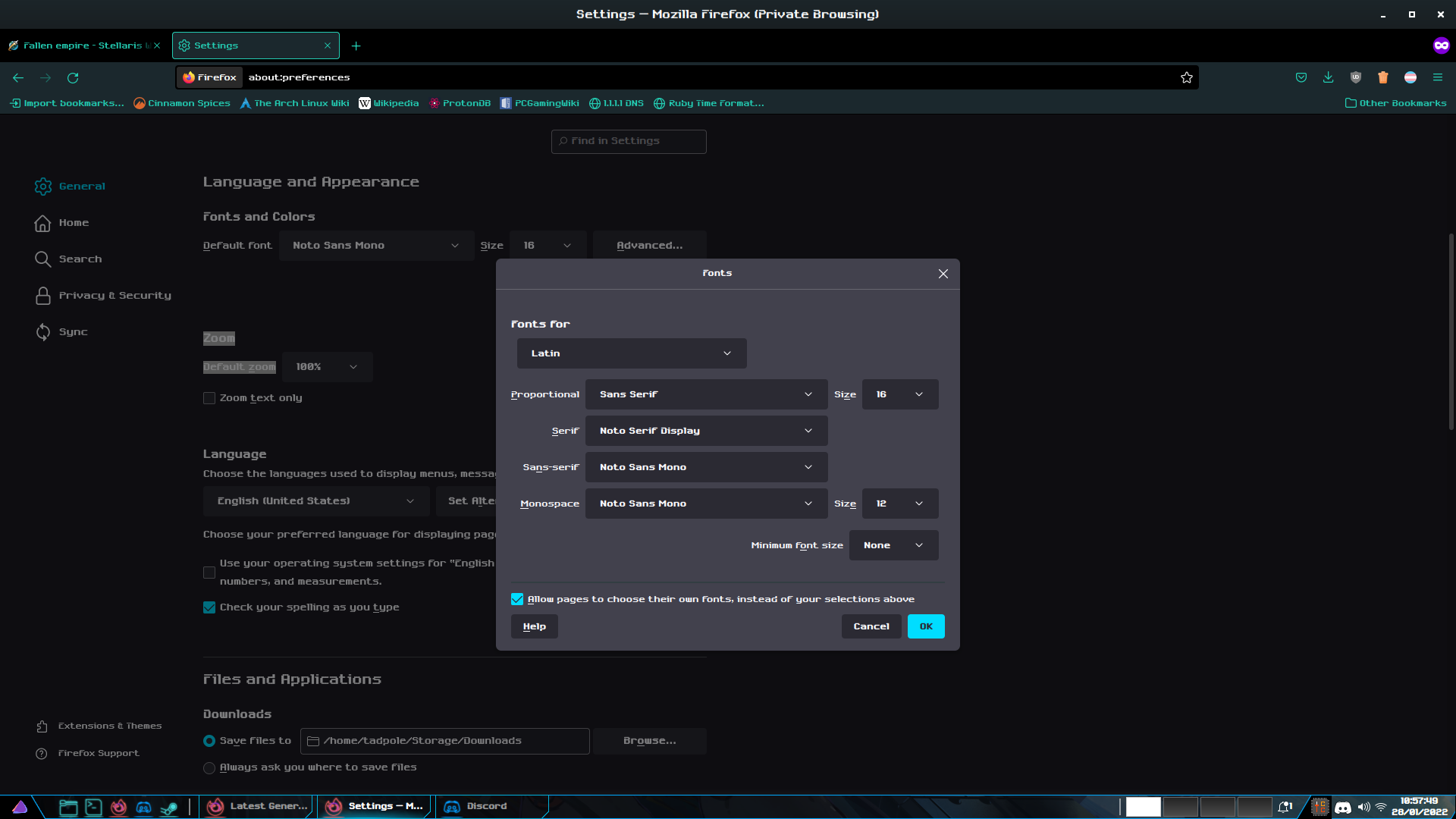 Your Sans-serif font should be “Noto Sans”, not “Noto Sans Mono”.

That doesn’t look like default Firefox fonts… Would be good to know if the update breaks those? No time for updates until weekend.

AFAIK firefox need some TTF fonts but not specific ones? 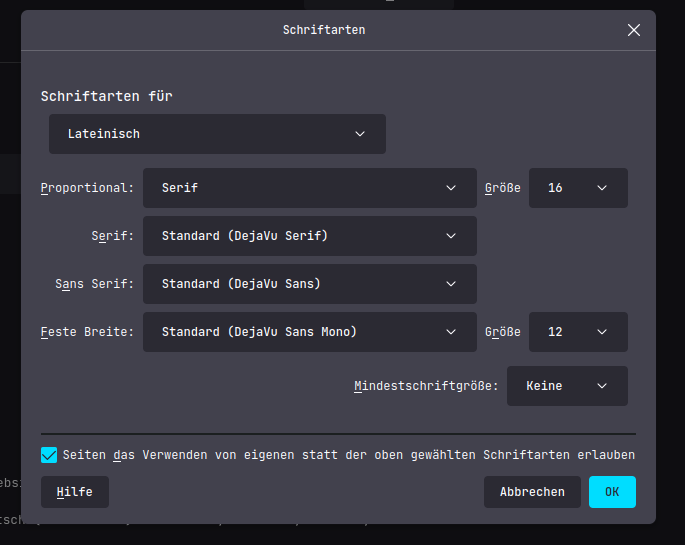 I never change the default font settings in firefox

No fonts or other things broken on my end.

i would bet also that the issue is not with firefox or steam and instead some setting on Desktop level?
Cinnamon?

Set it to this: 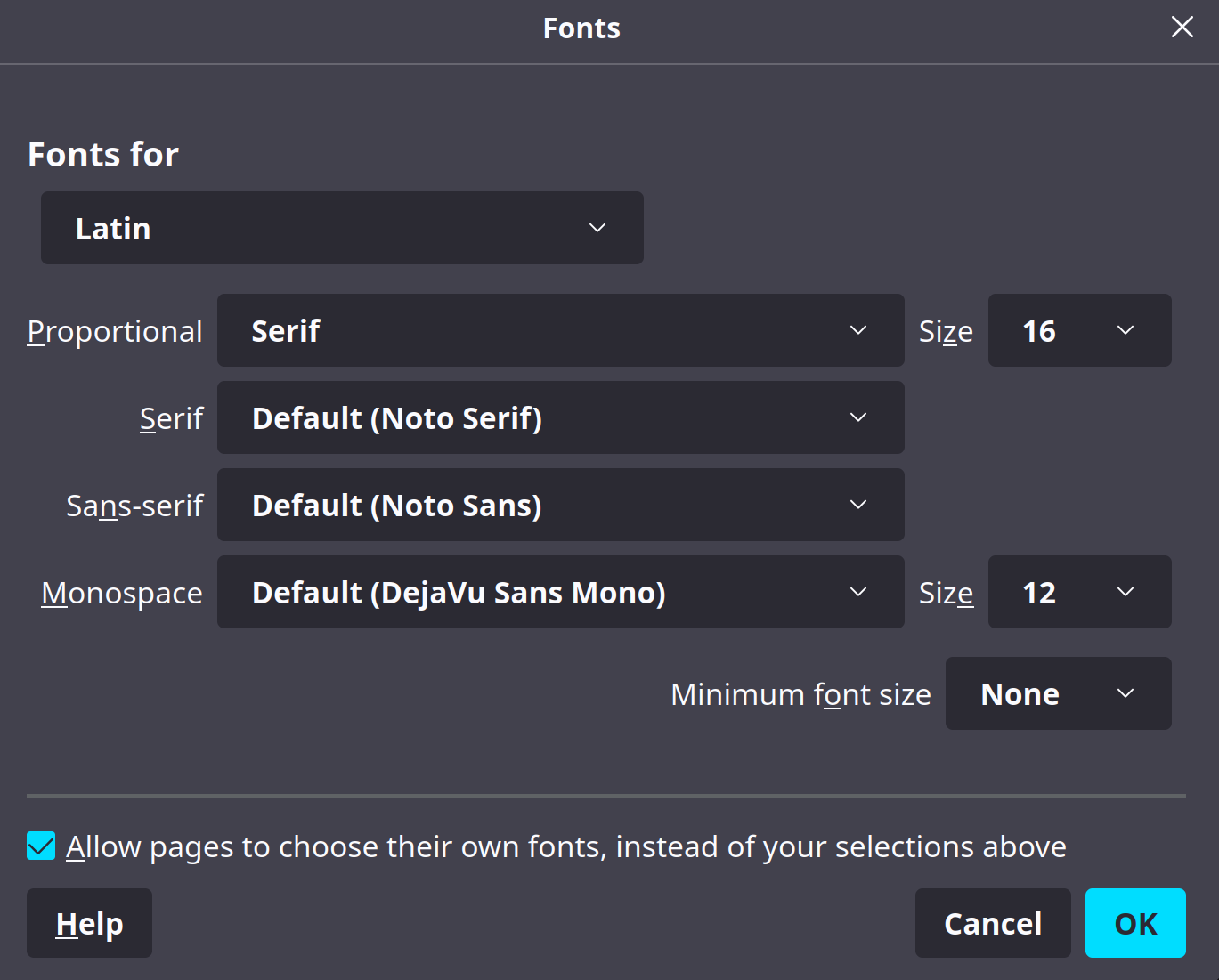 It does not have to say “Default”, just make sure it’s:

This looks good for 99% of pages. Alternatively, set the fonts like @joekamprad has. Again, it does not have to say “Default” or “Standard”.

Then restart Firefox and try.

Thanks to mshmm, Kresimir and joekamprad, looks like that resolved the issue!