Not specifically on Arch, same problem in Windows.
At first I thought it was the finger print protection, because that has caused it before (as far back as 2018 according to Mozilla bug tracker).
BUT no, not this time.

Anyone else experiencing this?

Opens full screen here, like it has before. I just ran a full update, so everything is the latest. Using Xfce.

No problem here. KDE/Plasma. Up to date.

Weird. Corrupt profile? But never heard of that causing something like that…

Does it work normally other than that? And just to be clear, you are talking about having the FF window taking up the full screen (with tool bars, address bar, etc showing), not the window being in “full screen” mode, which I think would be something used to watch videos, etc.

Normal in all ways other than not opening maximized…Not “full screen”. 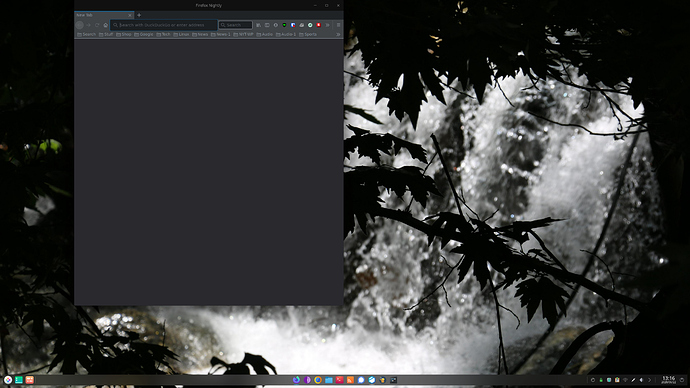 Have you tried maximizing the window, closing it from there and then reopening FF?