EndevourOS on the Steam Deck

My Steam Deck is the 512GB model.
I have shrunk my SteamOS home partition using Gparted, reserving about 50GB.

Here’s what’s working out of the box (latest Zen kernel),

Steam controls (Joystick triggers R2 and L2 act like mouse Right and Left buttons) right Touchpad acts like a laptop touchpad, haptic feedback works, (detected as a drawing tablet)
Audio: Headphone jack works,
WIfi works both 2.4 and 5G
Speakers: According to the Archwiki it needs linux-steamos kernel from the AUR (have not tested yet)
Screen : Touchscreen and brightness works
Bluetooth: works after installing and enabling bluez (audio works)
Usb C: works like it should *tested a usb hub, mouse and keyboard.
Battery: Shows the remaining time and health

Notes: Grub menu works using D-Pad and selection using the A key.
installing EndevourOS will make it start automatically, skipping SteamOS (SteamOS needs to be selected on the boot menu)

Feel free to ask me any questions.

Ps. I will post some pictures later
Ps2. For the onscreen keyboard, Maliit works on most parts (Plasma workspace, Sddm login), not on Firefox
Ps3. Installed Endeavour on the free partition using Ext4. 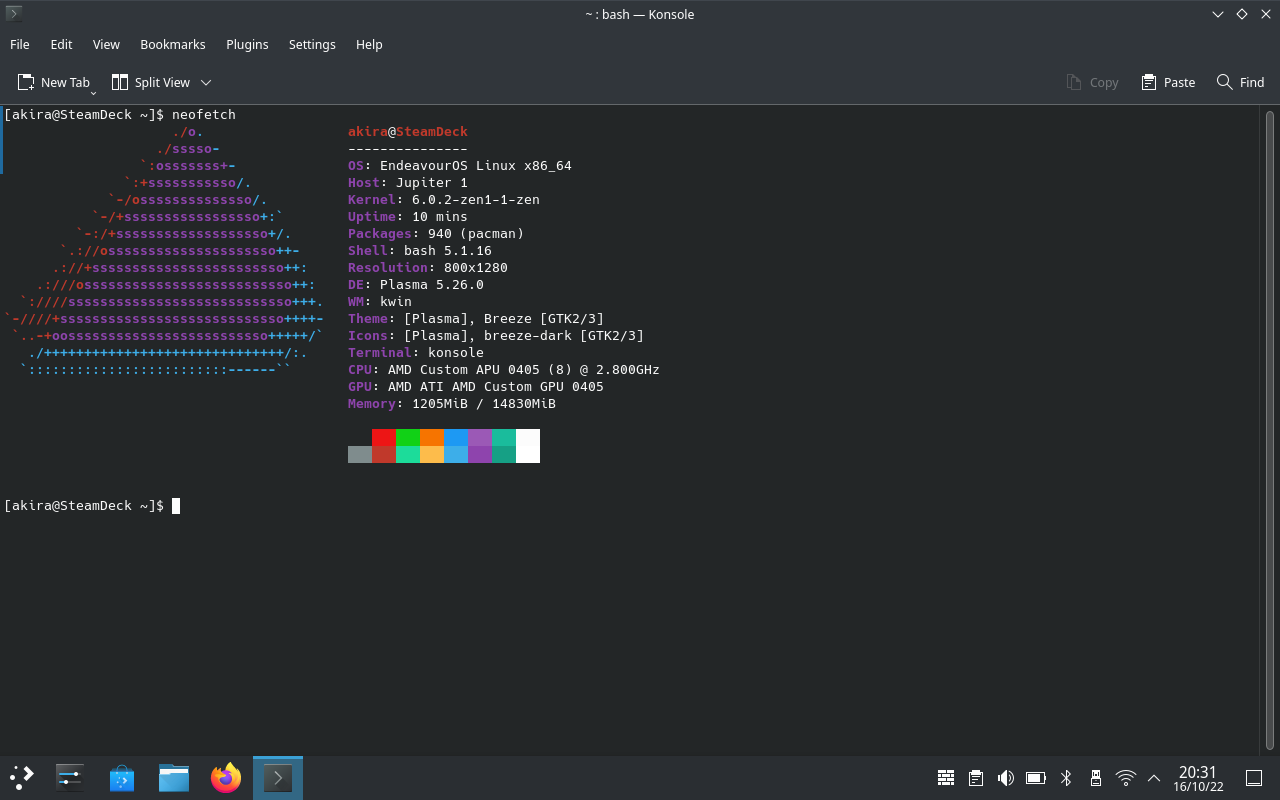 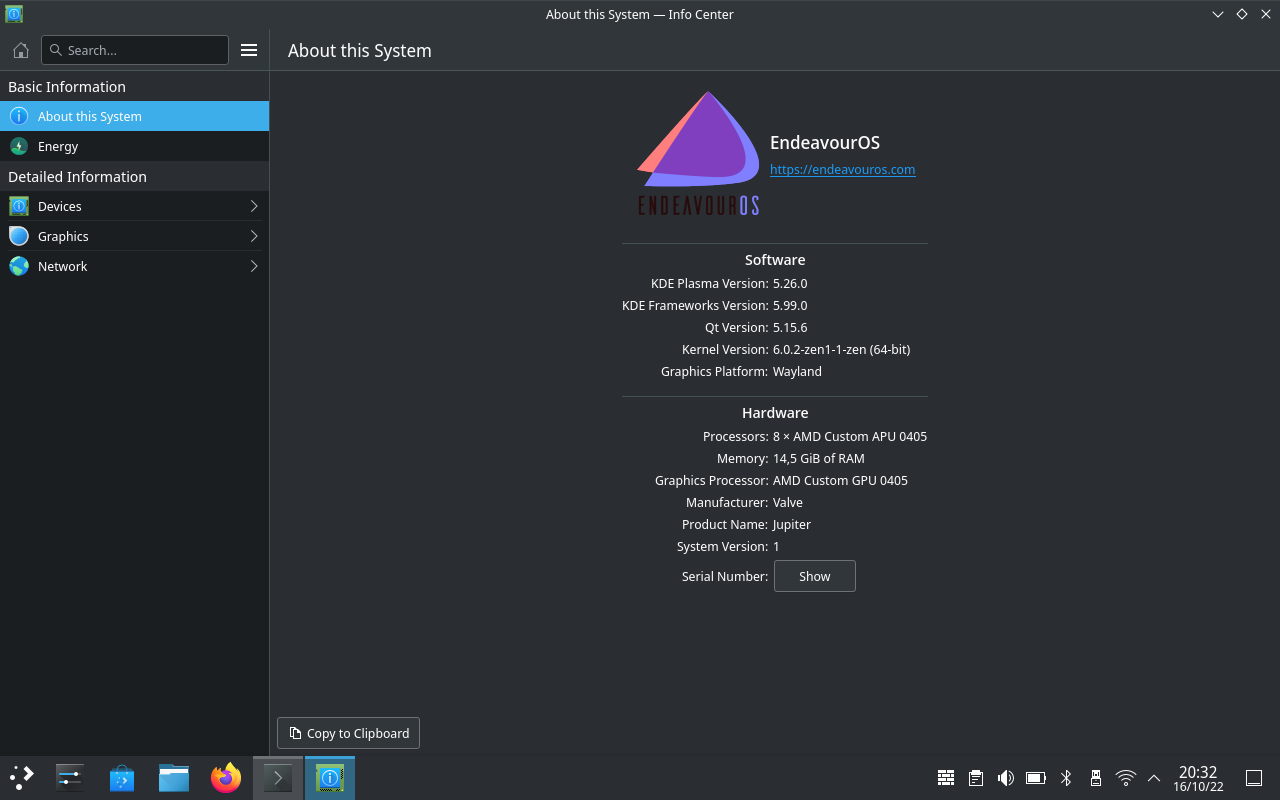 Any specially formatting or existing partition required for the bootloader or did you just select the empty partition during eos install and that’s it?

I just know that steam OS added some restriction sto install software etc. That can be lifted, but essentially allowing the user to only install flatpaks out of the box, or temporarily via pacman unless one unlocks the advanced features.

Welcome to the forum and eos

@Kresimir will perhaps be tempted to get a steam deck now

steam deck got shipped! earlier than anticipated (my order was back in February). It’s a really cool device and it runs Linux! Steam OS for gaming. one can also start in desktop mode in KDE. I did not even know that

It also comes with Vim, and additional Linux software can be installed via discover and probably terminal. It’s Arch based. This thread is to chat about tips and tricks on the steam deck, anything you might discover to be useful or your experience with it. Will post mor…

Welcome to the purple space!!

Yes, I just select the empty space, no encryption or anything special.

I believe the steamOS partition is read only, can be changed, but anything changed by the user will get lost on the next update, so Flatpak is the way to go
Root access is easy to enable, I did to install plugins and whatnot.

I was quite blown away, when I connected the steam deck to my monitor and switched from a handheld touchscreen device to a full DE for the first time. Who says convergence hasn’t been achieved on Linux, it seems possible

Yes! The year of the Linux desktop is coming

For me Steam deck is the greatest handheld computer I’ve seen, the thing is powerful and the user is free to do whatever with it.

I got mine 4 days ago and I’m having a blast.

Notes: Grub menu works using D-Pad and selection using the A key.
installing EndevourOS will make it start automatically, skipping SteamOS (SteamOS needs to be selected on the boot menu)

I REALLY want to know how they implemented this. I’m hoping it’s something in grub and not something in the BIOS…the former can probably be reproduced and benefit everyone. The latter…not so much.

The controls fall back to “lizard mode” if Steam isn’t running, so probably dpad acts as arrow keys, “A” is enter and “B” is back.

Linux 6.0 and firmware package (linux-neptune-firmware or something like that) should be enough.