since some weeks (maybe 2-3) my desktop freezes for no reason. There are two different ways it occurs. One when I look videos (maybe flash?) it just freezes, so you just can press the restart button. The other one occurs even, when I dont do anything. The whole desktop changes in the coloured pattern in the image. 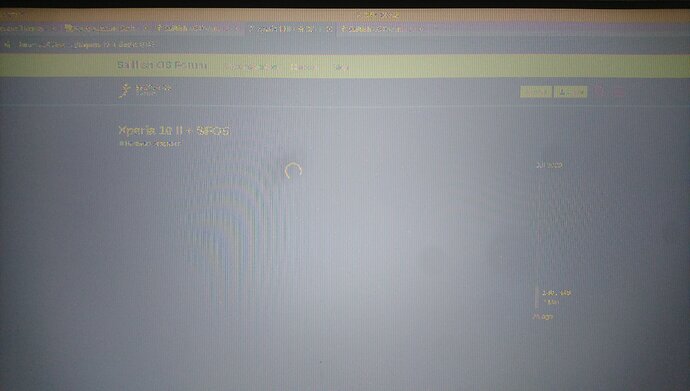 I gladly will provide the logs and informations you need. I just need to know which you need.

Let’s start with this:

when I look videos

With a browser? You could check the hardware acceleration settings of the browser.

With a browser? You could check the hardware acceleration settings of the browser.

Yes. Hardware-accelerated-video-decode was disabled. I enabled it now.

Do you use NVIDIA drivers and use the LTS kernel?
I never got NVIDIA to work well with the 5.10 kernel series (which is now the default LTS kernel). I had random freezes until I switched either down to the 5.4 kernel series or up to the 5.11 kernel series. Either works better for me.

It was the mainboard. Chanced the Asrock Mainboard to a Gigabyte GA-F2A88XM. Now the system is works without any issues - It powers off, no freezes, etc…

“I got a new computer!” is not much of a practical solution isn’t it? How is that helpful for anyone else having a similar problem?

It’s virtually identical to “on my computer it works, therefore no problem!”

for years I have tried to solve various issues. From desktop freezes to shut down problems. I thought for years it may has to do something with the kernel but maybe the mainboard just had some defect all along.

It may not satisfy you, but after having problems for years, nobody could solve, I just want to have computer that works without any issues.

I just want to have computer that works without any issues.

That’s fair enough. What I have a problem with is you marking your own post as the solution, when in fact, it is not a solution. It’s misleading.

What I have a problem with is you marking your own post as the solution, when in fact, it is not a solution. It’s misleading.

I have mixed feelings because I understand why the OP marked his post as solution. Coming from his original problem the root cause is possibly a damaged mainboard. For someone running into the same problem and reading this thread the solution will point out that none of the mentioned problem and the given help was leading to the root cause because there was no software but a hardware problem.

From my point of view it will help the next one with a similar problem that in this thread there might be no help to be found. If the OP does not mark any post as solution the next will try all help in this thread with less or no success or will necrobump

I would also guess to say that the motherboard had some issue with a failed component onboard.