Crystal Linux - Another Arch based distro 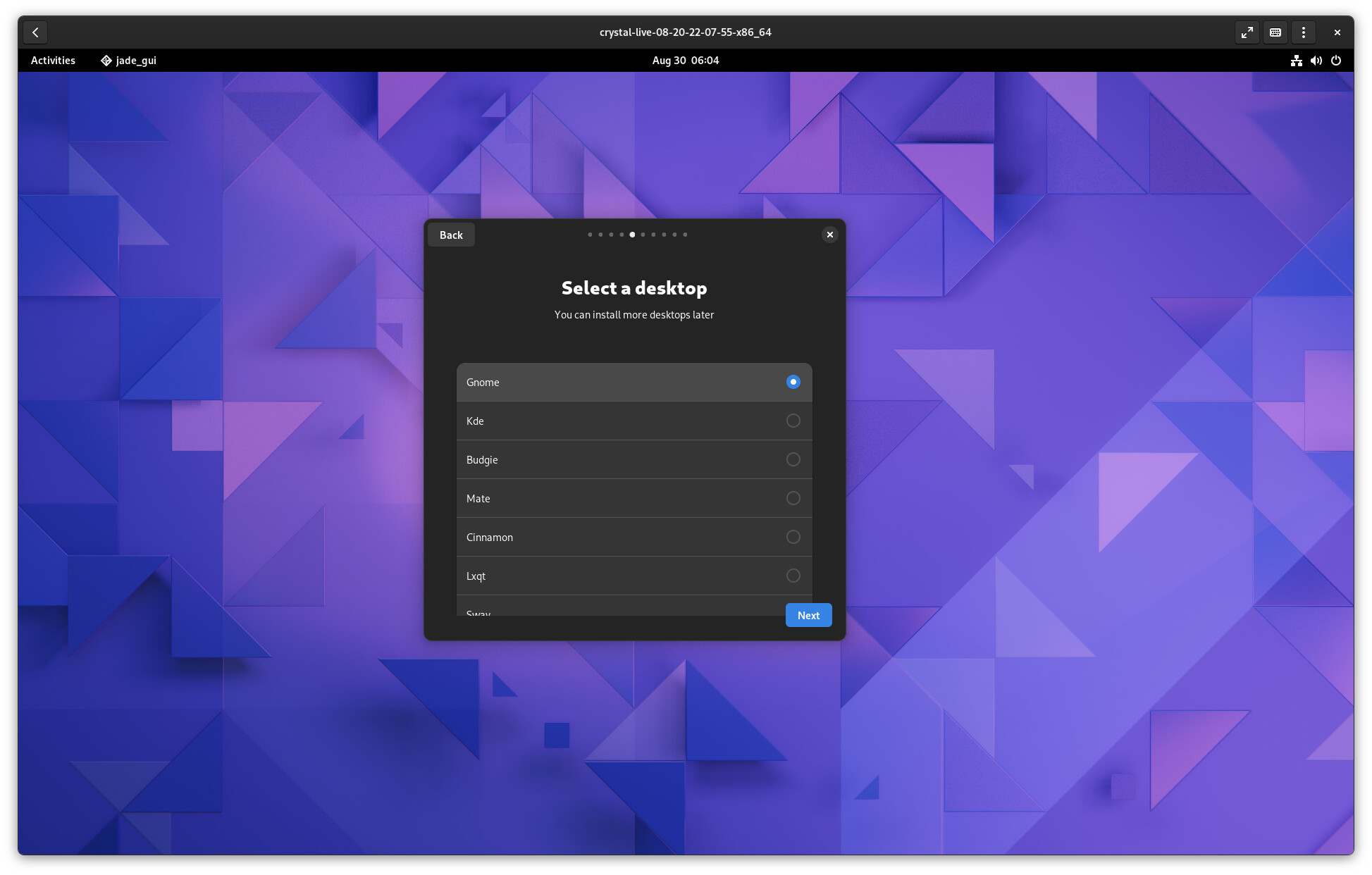 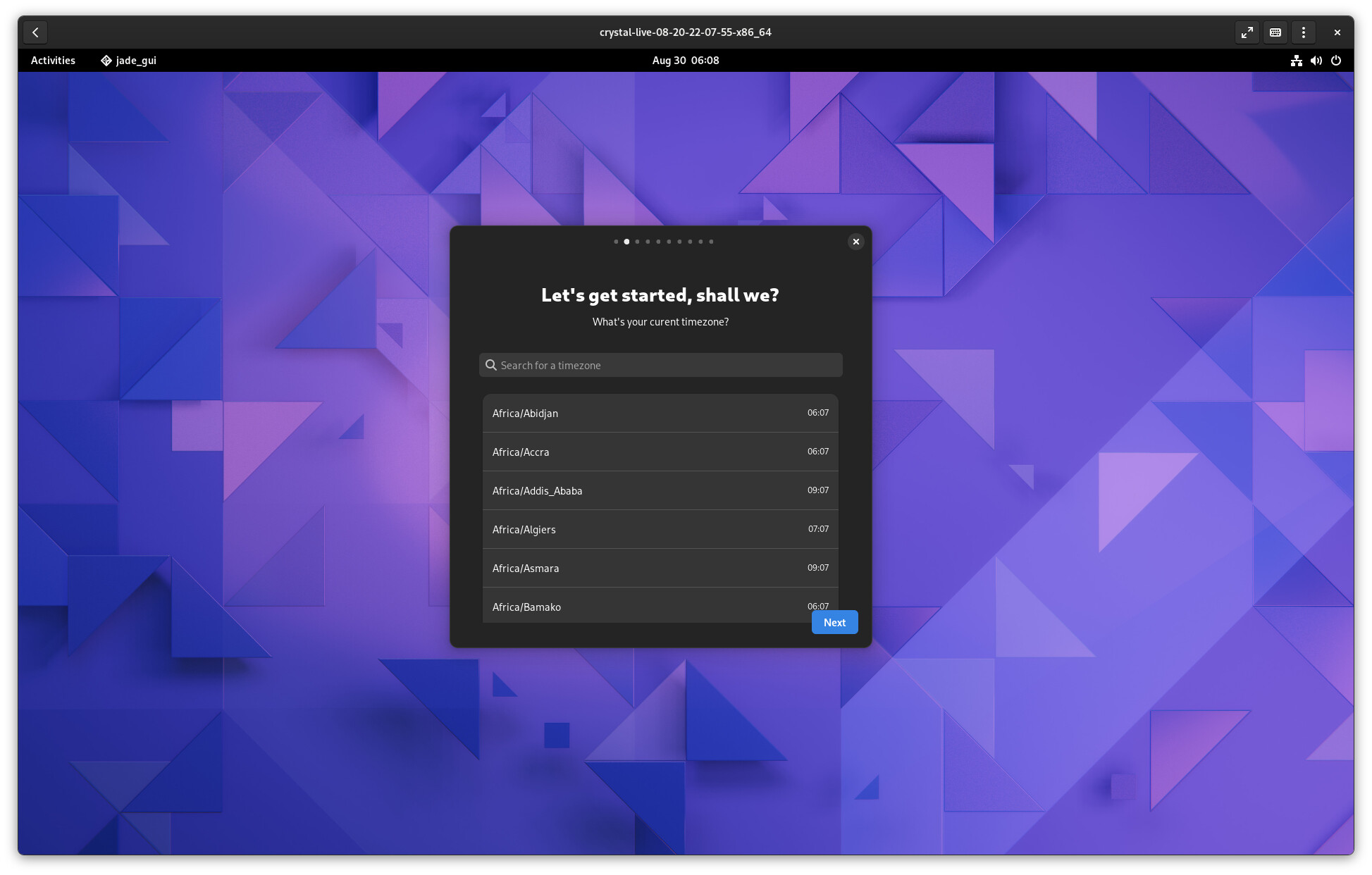 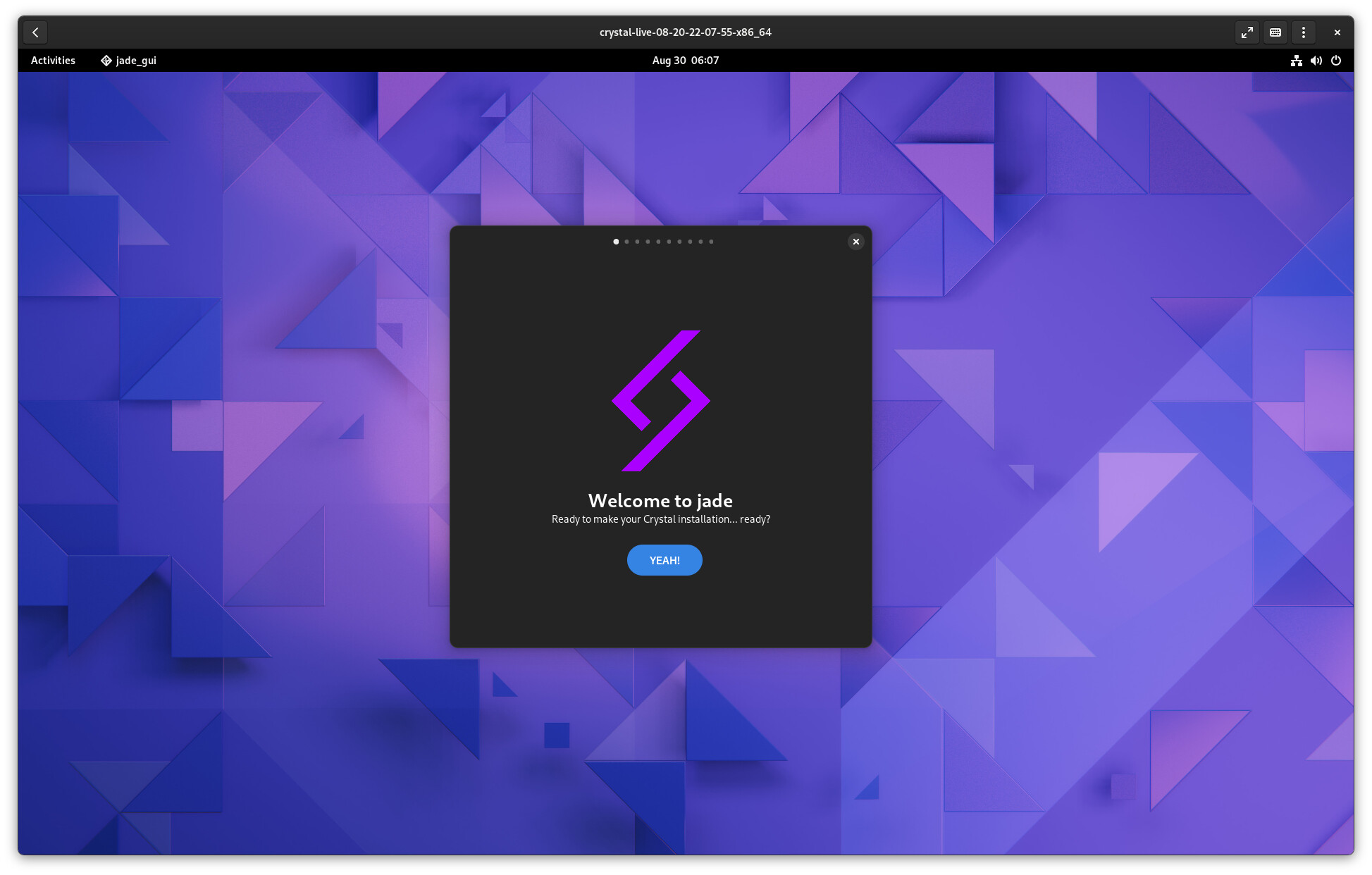 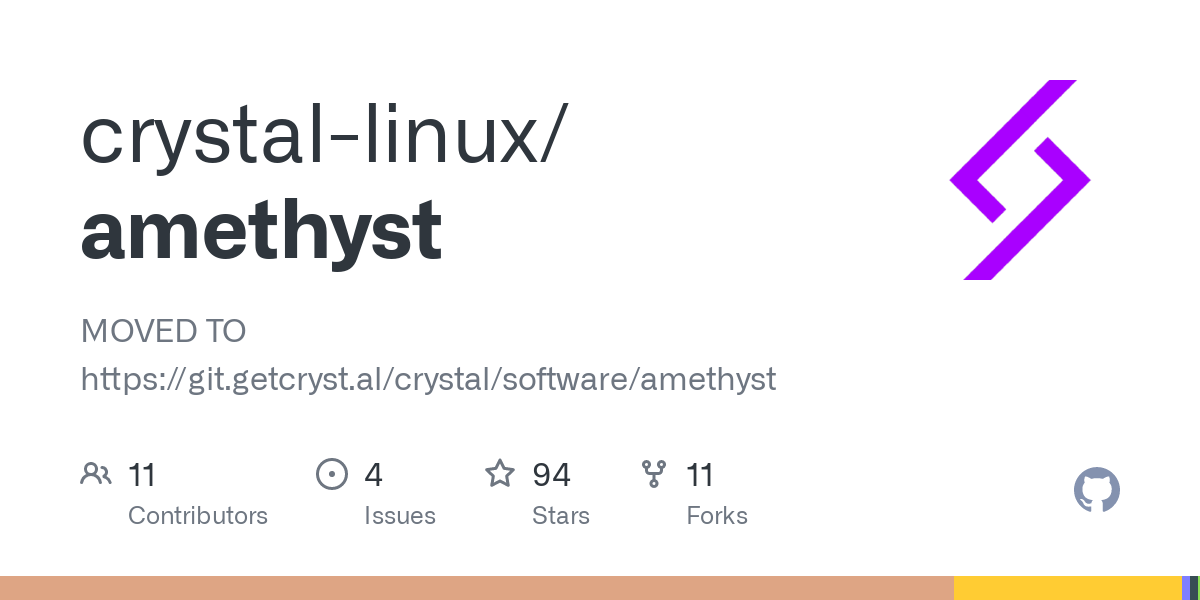 GitHub - crystal-linux/amethyst: Amethyst is a fast, efficient and...

Amethyst is a fast, efficient and lightweight AUR helper and Pacman wrapper. Made for Crystal, compatible with any Arch-based Linux distribution - GitHub - crystal-linux/amethyst: Amethyst is a fas...

Yeah saw that only mock-ups so far I think.

Worth keeping an eye on

Had you tried it ? 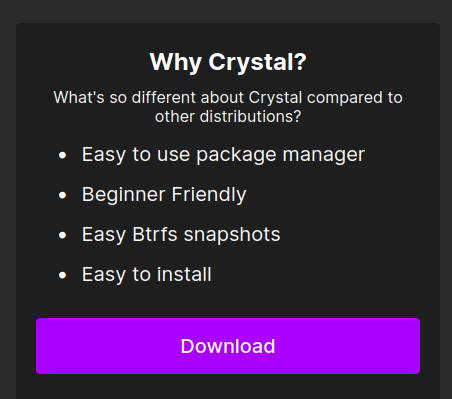 It can be expected that they are shipping pamac(most probably).
Also, those points are reminding me of the some of the features in Garuda Linux.

I loaded it in a VM and went through what I could with the installer it needs to be built as a flatpack to work, the iso itself is a pretty basic Gnome session.

There’s no store yet but they look to be using libadwita/GTK 4 for their apps seem to be building their building their own front end at the very least.

They seem pretty ambitious with their plans, worth keeping an eye on, seems very early in development

A pamac but properly made would be nice.

They seem to be following gnome HIG pretty closely

Hello, one of the founding members here.
We do not plan on making a shop or anything like that, the mock-up we posted on twitter is for our welcome app called Moonstone

We strongly believe in flatpak and Crystal will ship with GNOME Software.
Meanwhile amethyst is our pacman wrapper and AUR helper and it is CLI only

Not personally a fan of GNOME, but I wish you every success with your erm… endeavour.

Are you using stock GNOME or are planning to ship extensions?

Our flagship DE is a custom GNOME session called Onyx, though we also have a wide variety of DE/WMs right in our installer! 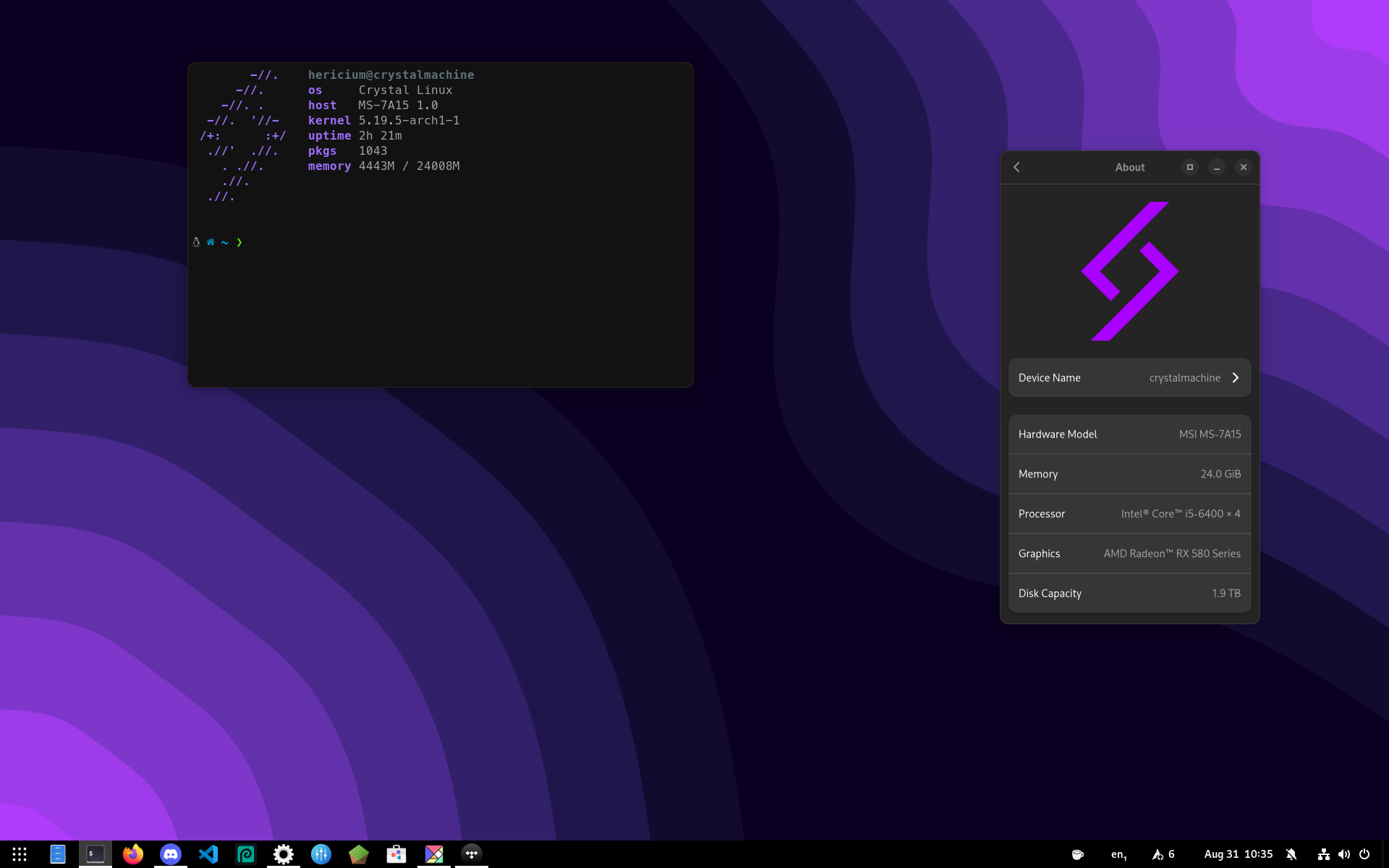 No, we use our own made installer 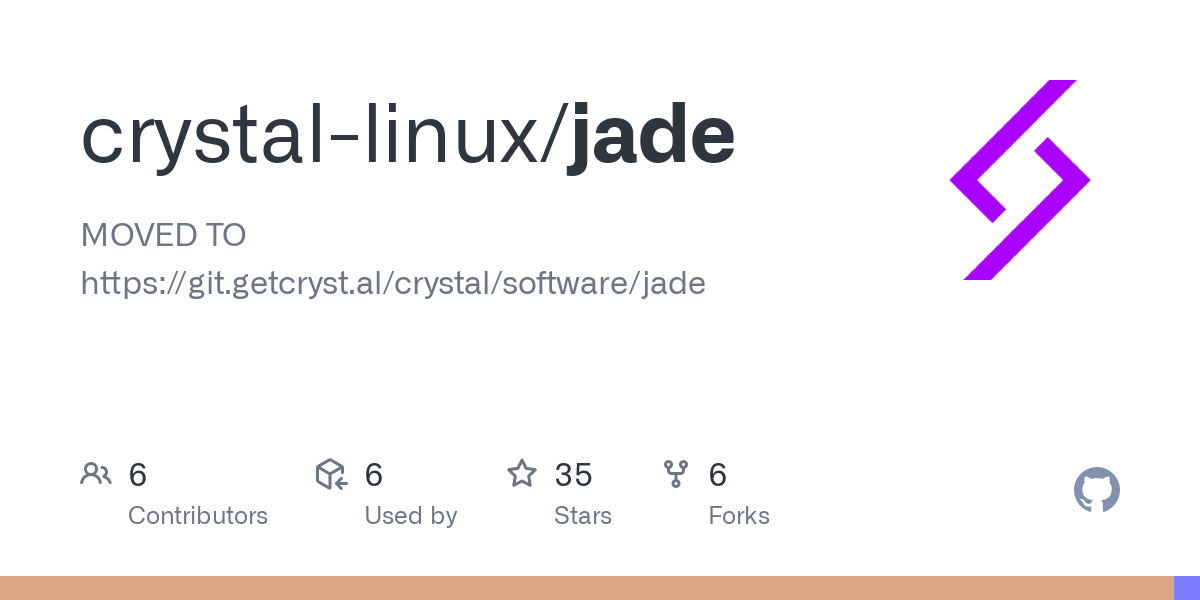 GitHub - crystal-linux/jade: Jade is the backend and TUI installer for... 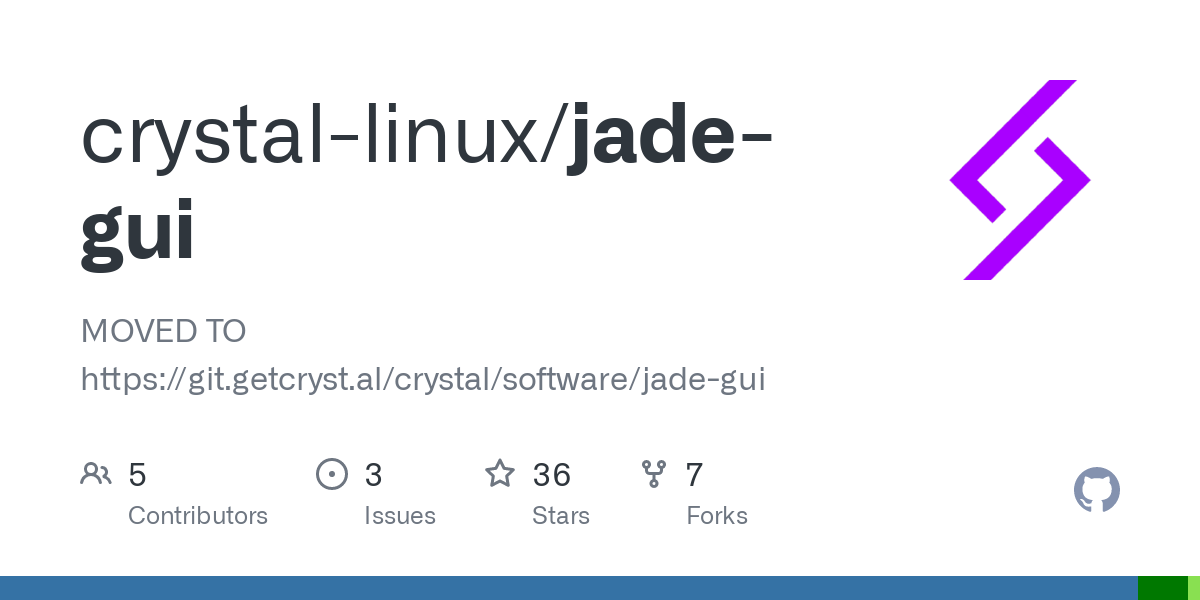 I’ve always heard to avoid using packagekit with Gnome Software on Arch-based distros. It’s fine to view and maybe even install/remove packages and flatpaks, but I always hear to NEVER update an Arch system via Gnome Software as it could break a users system since one of the reasons being there’s no mechanism within Gnome Software to alert the user if there are any manual interventions that the user needs to take.

Is your team aware of this shortcoming or do you have someway around it or? Just curious. I’ve always used pacman/yay for all installing/removing and updating.

Is your ISO still in beta, or is it a full-fledged release?

The installer was really good, probably one of the easiest to use ones I’ve seen (couple of visual/ button placement issues which I’m sure you’ll iron out)

How do you think you’ll go maintaining extensions between gnome updates… as we all know they tend to break or is onyx going to be it’s own thing similar to cosmic?

We will be releasing a stable ISO in November