Cinnamon not installable with automated install

I wanted to re-setup my “desktop-Pi” today and used the updated image-install V2.7 script.

There were some warnings during the config-update steps that were not there during my first install a few weeks ago, but unfortunately i don’t have screens or logs of this messages. Will add them later if they occur again.

When doing the final install steps to install Cinnamon, this currently fails: 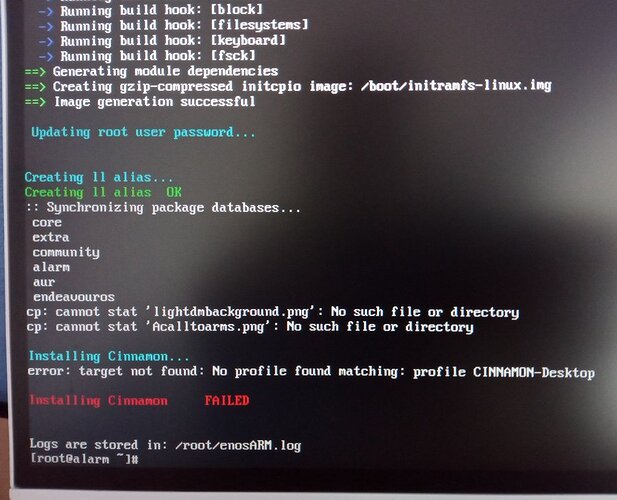 A thanks - i’ll just wait for the updated script

The new script is up on Github. You can even do a Btrfs install on the Pi. The issue with MATE install is fixed. Try it out!!