Check out this member!

Hello everyone. Firstly, I don’t take anything serious and I (so I’m told) drink too much. But I’m here, because I’m an addict, and needed something else to do other than drink. So I decided to use Linux. Secondly, don’t hate because I’m sure there’s a stigma from Manjaro users. We’re elitist, but not like the Arch guys, and yes, I’ve used both.

Anyway, a little more serious and some joking aside, I’m really just here to broaden my base a little more. I started this Linux nonsense back with Ubuntu 10.04, and realized I hated unity but I liked not being on Windows. Ended up with Mint like so many do for quite a while. Ran ChromeOS for a little while and then at some point I realized that Google was just as bad as M$oft. So, I came back and ran GalliumOS for a good while. Got bored, and the only other distro I could easily get the keyboard working with again was Manjaro, which was great, and I realized I never had to use stupid PPA’s anymore to boot. I loved being in the shadow of Arch and have been here ever since.

I have built Arch about a million times (mostly unsuccessfully the “Arch” way, but hell, I’m still counting them). It was the absolute pinnacle of my life, but frankly, it’s more work than it’s worth to me honestly. I don’t care enough to tell people I use Arch.

I love cars! Shout out to anyone who gets my username.

I currenly run LXDE+i3 on a Lenovo X1 Carbon, and Manjaro KDE on my big "table"top Dell. I hope to learn from you all, maybe answer a help thing or two, and to make some more internet friends. Because, internet friends are the coolest.

I regularly wipe the X1 and play around with distros. I think my next attempt will be Endeavour XFCE+i3. Mostly because I like the whisker menu icon, and I love tiles. The 70s were hip, even though I wasn’t around for them.

Welcome to the community! As far as I can tell, the ‘Arch way’ is just a ‘Turing test’ to see if you’re committed to using it. Once you have done a couple of successful times, committed is what you’ll be if you keep doing it! Endeavour seems to be the answer!

You like the 70’s? AFTER the f-body stopped looking good? (though, apart from the doors, the frame
was better from then on…) Not for me so much though, I went smaller and faster (than most) with a Capri from Germany and a turbo 3-litre from England

You like the 70’s? AFTER the f-body stopped looking good?

I like the 70s for the tiles. I like tiling wm a lot on smaller laptops especially. For cars I love all sorts of cars. My first couple we’re Camaros, and I’ve never really changed my user name after all these years. After which I also decided to go smaller and faster and ended up building a number of 2.0L turbo Mitsubishi cars ;-). But now I live in a police state for cars and emissions, so I don’t bother anymore. Maybe someday again.

Turbo 3.0L from Germany? BMW? sounds like the older straight 6 in the M series. I love the sound of an inline 6, nothing else comes close, it’s so different.

Nahh - I’m afraid the 3.0 litre was a V6 (and the German was a 2.8 V6) so the sound was never in BMW territory! WIth the Koni shocks, wider tires, and custom wheels and steering wheel it was pretty quick for a Ford! (didn’t see THAT coming?

Haven’t completely given up yet, current wheels are a Subaru Legacy 2.5 GT (mostly stock) - but at least the turbo keeps it under 6 sec to 60…

It’s my topic and I’m officially saying all car related material is not at all off topic.

Also a 3.2 V6? Makes me think of the Yamaha engines in some of the Ford Taurus SHO we have on the states.

Man I love Jeeps. My dad still has himself a CJ2A. I’d give anything for that to be mine someday.

I’ll see if I can dig up some photos later.

Old but no more financing rates. 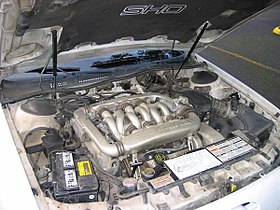 The Ford SHO V6 is a family of DOHC V6 engines fitted to the Ford Taurus SHO from 1989 to 1995. The designation SHO denotes Super High Output. Due to the engine's unusual and aesthetically pleasing appearance it is sometimes transplanted into other vehicles. Its distinctive variable length intake manifold is bilaterally symmetrical, so it can be rotated 180 degrees (making it face "backwards" on the engine, relative to its original installation orientation) to ease the engine's transition from...

And the sound is just brilliant, not loud, brilliant.
Especially if you drive without a top.
After the covid19 crisis

And the sound is just brilliant, not loud, brilliant.
Especially if you drive without a top.

The narrow angled VR6 has a very distinct sound. It’s almost boxter (Subaru-ish) sounding. Like a gurggling noise. I’m saving my pennies, I kind of want a Miata. I’d just about sell off a kidney for a convertible. Although, they are slow as death. I miss building cars and going out racing and what not. Ah, the good old days - the early 2000s were just fantastic for street racing.

I don’t need a kidney

But my vehicle is certainly not slow

But I will test it alone when we are allowed to go outside again in summer time.

It depends on what you think of first I guess. Here is the Jeep XJ: 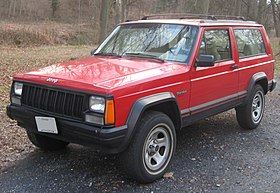 The Jeep Cherokee (XJ) is a compact sport utility vehicle manufactured and marketed across a single generation by Jeep in the United States from 1983 to 2001 — and globally through 2014. Available in three- or five-door, five passenger, front engine, rear- or four-wheel drive configurations, the XJ was manufactured in Toledo, Ohio, USA; Beijing, China; Ferreyra, Argentina; Cairo, Egypt; and in Valencia, Venezuela, with production reaching approximately 3 million between 1984 and 2001. Sharing ...


and here is (perhaps) what you are thinking of: 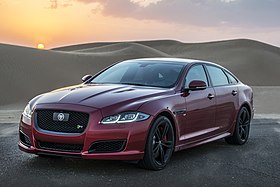 The Jaguar XJ is a series of full-size luxury cars produced by British automobile manufacturer Jaguar Cars (becoming Jaguar Land Rover in 2013) from 1968 to 2019. It was produced across five basic platform generations (debuting in 1968, 1986, 1994, 2003 and 2009) with various updated derivatives of each. From 1970 it was Jaguar's flagship four door model. The original model was the last Jaguar saloon to have had the input of Sir William Lyons, the company's founder, and the model has been feat...


There may even be others! I guess they both used the designator before the trademark lawyers really learned their craft!

Only one of them specialises in leather and walnut interiors, and pace with grace.

Sure is. It’s the first thing I thought of, that’s for sure. Which " XJ" are you talking about? Pics are even better. Pics with smoking hot ladies are even better than that, and don’t even require the car.

The red lady on the right.
(The blue poor man’s car on the left was mine…) 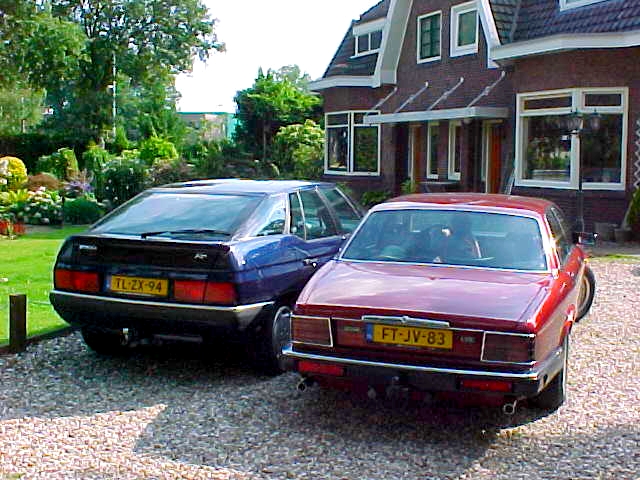 I know there are no gusty people here in the forum but wouldn’t it be better this way? 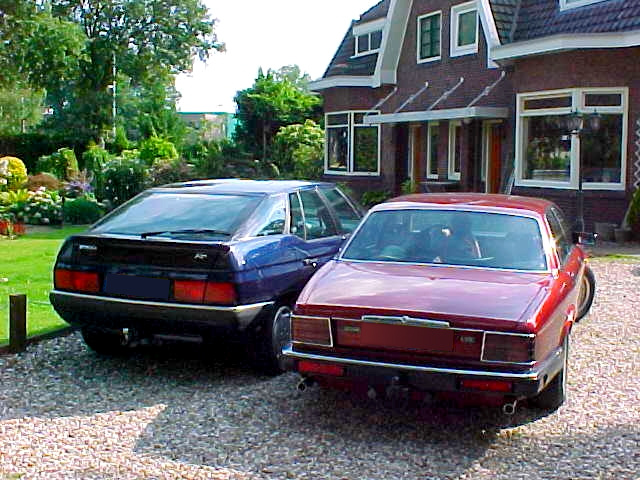