i can’t change my wallpaper in cutefish. i was once able to do it. i really did. i right clicked the image (.jpg) and clicked set as wallpaper and it worked! then i changed it back to one of the default ones again and now it will only allow me to set the default ones.

also in the settings in am unable to click the dark theme for some reason. i would be just happy to set my wallpaper to be honest. 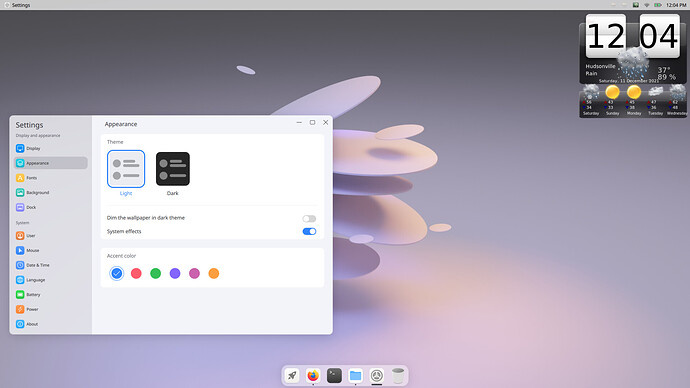 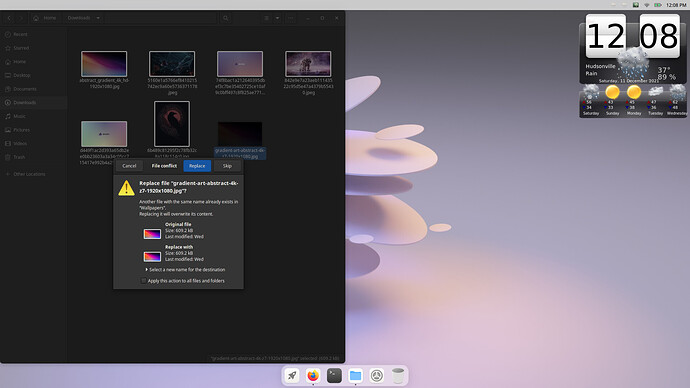 nm i just installed pantheon and it is working great. 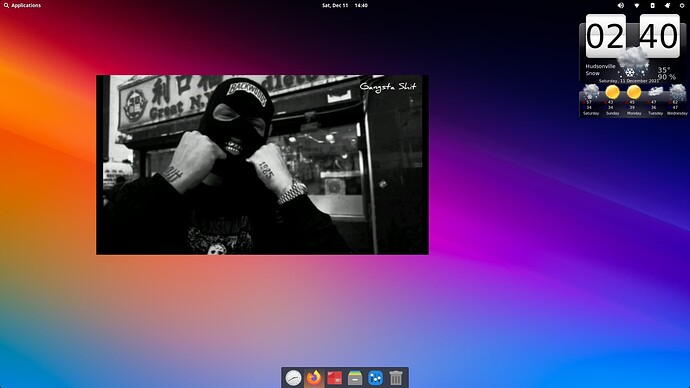 IF you were going to install another DE even before some helps then why did you make the post. Kind of pointless.

cutefish is a very young DE. You should probably expect some minor issues from time to time this early in it’s lifecycle.

Also, welcome to the forum!

Cutefish? I’ve never even heard of it. It looks a lot like GNOME.

thankx, yeah that totally makes sense. the other guy is right as well. i mean i guess i lost patience but your right both desktop enviroments seem good. cutefish just needs more time to get a few kinks out.

your kind of right

i like my bar on top and my dock on the bottom but that is as far mac as i go… i have never been a fan of mac. i don’t like windows anymore either ever since i found linux (which i can’t really remember when that was). i guess for some reason that setup makes sense to me but linux is hands down the seXXXiest os evah

linux is hands down the seXXXiest os evah

Yep, it is. Cutefish and a few other DE’s are very new to the market. So there will be some system-breaking issues. Pantheon I think it’s a fork of Enlightenment DE by Elementary OS devs. It’s one of the best-looking DE’s out there but it also has a tendency of breaking.

But it’s much more stable than Cutefish. You can tweak any DE to look like macOS. EVen KDE or GNOME can be mad to look like what ever the way you want (may be not GNOME).

They branched out from Cyber OS Desktop Environment.

You probably know Felix Yan (felixonmars). He’s one of the persons on Cutefish team

I definitely know the name. Maybe someday it could be a big thing. . . who knows??

Pantheon I think it’s a fork of Enlightenment DE by Elementary OS devs.

I don’t think that Pantheon is a fork of Enlightenment. It is written in Vala and the WM is based on libmutter.

I thought it was then I might be mistaken.