Broken display in the emoji selection

I just happened to open this emoji selection in Plasma and was a bit taken aback by the broken character display. Not that I would ever need these emojis, but what is installed should work correctly. Apparently there is something else that needs to be installed: 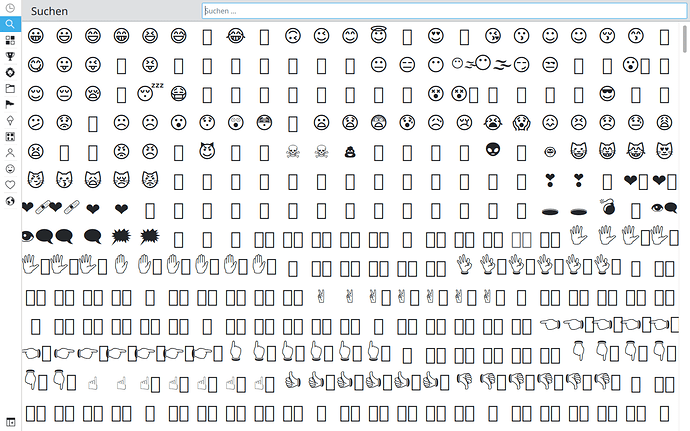 By the way: for some time now, after I close Spectacle (screenshot tool), I get the error message: Spectacle quit unexpectedly.

I get this too with spectacle. Haven’t checked emoji. I am using kde unstable repo. This is my emoji screen when i open. 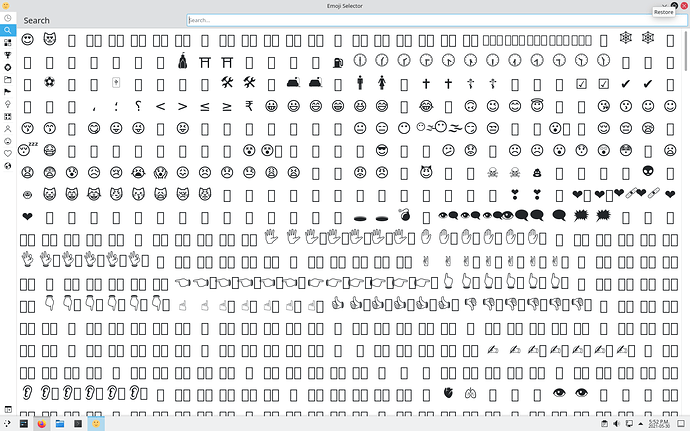 Edit: I don’t notice what is broken character?

Aye, same, and same with Spectacle - behaviour I hadn’t seen before and which definitely deserves its own post/bug report.

@ricklinux I think what @Balder refers to as a broken character are those rectangles that should be emojis.

Oh … okay i wouldn’t know as i don’t look here much. They are supposed to be other images then? 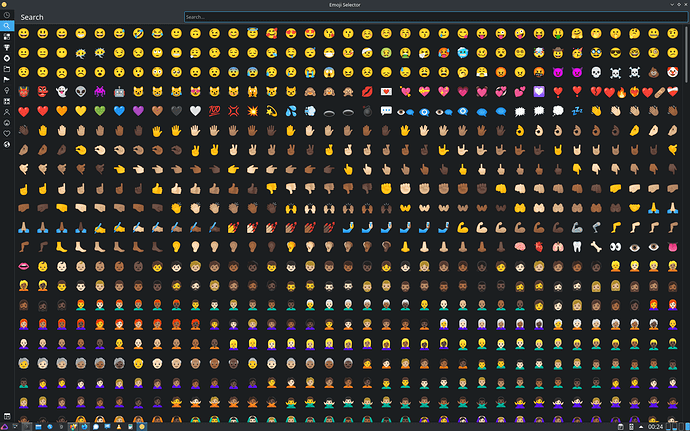 I can’t find them?

Edit: ah, your coffee machine, got it. Hope you find it soon mate!

BASH completion is such a wonderful thing!

(So is copy-paste, by the way, that would’ve saved you some trouble too

I’m so Bash illiterate. I forget about that key.

Thanks again. I’ve never been in there either, but when I see something so screwed up, it disturbs my comfort zone …

All of the above packages are maintained by the same person, so might want to leave them something on the Arch forum and hope they read it (might not want to email them, that’s bad manners

In Manjaro KDE this problem does not occur. There, the emoji thingy looks as it should. Whatever that means.

Try pacman -Qi noto-fonts-emoji on your Manjaro installation and see if it has noto-fonts under Optional For, like in EOS, or under Required By. My guess is it’s the latter (unless you explicitly installed it yourself, of course).

Edit: I just realised that’s not going to make any difference if Manjaro uses the Arch repos like EOS does, and I’m unsure if they do…

Unfortunately, I can’t try that anymore. The computer in question (my wife’s computer) no longer has Manjaro installed. I have installed her yesterday still EnOS)

no longer has Manjaro installed

Btw: the error message when closing Spectale no longer comes. Must have been fixed with one of the last updates

You are right on that. I didn’t notice but it’s working now.