I recently purchased two cases for my Raspberry Pi 4 from the company Argon 40. I purchased their more traditional layout case with the Argon Neo, link, and a case that has a fan and a power button with the Argon 1, link. Here is a picture of the two side by side. 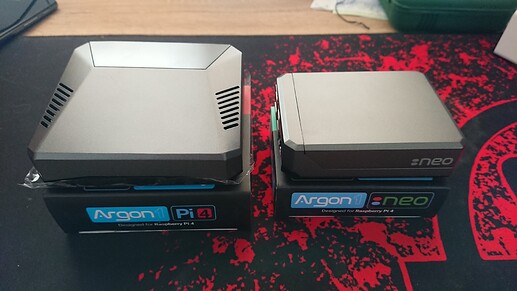 I was asked if it would be possible to give some data on their thermal performance. After doing some testing, I have to say that they are pretty good. Since I had 2 different microSD card’s with different distros, EnOS and Ubuntu Server, I decided to run the tests on both. I am not a professional and these tests are by no means exhaustive. I hope it gives one a general idea on how these cases help the Raspberry Pi 4 handle thermals.

Here are the neofetch results for both systems.

I did not do a large amount of testing, but I tried to make the tests I did run match with what I thought would be “normal use”. The tests are listed in the order performed.

I found a nice script located here, link, that allowed my to type temp into the terminal and have the CPU temperature returned.

The Argon Neo uses passive cooling and has a removable cover that is over the GPIO pins. I ran the tests with it removed and with the cover installed. The ambient temperature was 27°C.

The Argon 1 uses both passive cooling and has a fan. The fan speed is controlled by the temperature of the CPU. To have the fan work properly, it is necisarry to install an additional piece of software. For EnOS, I installed the agronone-git from the AUR and for Ubuntu Server I installed the Argon Fan Controller driver from github, link.

I am very pleased with the performance of both cases. I plan on using the Argon 1 as the case for my revamped home server. The Argon Neo will be kept for use with other projects.

As I said, this was not an exhaustive set of tests by any means. It is only intended to give you an idea of what these cases are capable of.

Thank you for your time.

It kinda looks like the one is a lot bigger than the neo. I’m really impressed with the temperatures if the neo without a fan. I will probably get them both since they are on discount for cyber Monday on Amazon.

@fbodymechanic If you are interested in the option of booting off of an SSD, specifically an M.2 drive, the Argon 1 has a replacement “bottom” that integrates the SSD into the case. This bottom has a built in logic board the will convert the M.2 drive into a USB 3.0.

My concern is, will doing this and adding the drive array needed for my home server “overwhelm” the USB 3.0 bus.

That is VERY interesting. Since I do happen to have a spare 1tb sabrent ssd I bought for my x1 carbon to find out it doesn’t do nvne and only pcie. . . So. Since I really want it for watching football I can also use that space for movies/ other tv stuff I have as well. Very very cool.

It should work with Arch, but I am not sure. It is just setting the boot order in the firmware. The best guide I found for doing it was with Ubuntu or Raspberry Pi OS. Once the firmware is set to look for an SSD first, it will do that no matter what OS you install. It is the installing of the Arch ARM to the SSD is what I am unsure about.

Link to the Ubuntu guide.

It doesn’t (or didn’t a while ago) I had it working on raspbian but I tried like hell and could not get usb boot working on arch or endeavour. Maybe soon though.

I got it working with Raspbian and Ubuntu Desktop 20.10, but I could not get it working on a Ubuntu Server 20.04 install.

Once the firmware is set to look for an SSD first, it will do that no matter what OS you install. It is the installing of the Arch ARM to the SSD is what I am unsure about.

Here is another option for a server. Install the server OS onto a uSD card, then hook a USB SSD to a USB 3 port for your data. This doesn’t involve messing around with the RPi4 to make it boot into a USB device.

On a server, the uSD with the OS is utilized to boot up the server, and start your services. Such as ssh samba minidlna, etc. Once that occurs, the server basically sits there and idles waiting for a service request for one of the services. What I am trying to get at is once booted up, everything runs out of RAM. The only time the uSD gets involved is when writing to logs, and other house keeping. So for the most part it doesn’t matter how fast the uSD is or isn’t. Since the data is on a USB SSD, data transfer is done at USB SSD speed. Plus, if the OS is on it’s own device, if the OS gets corrupted, the data is totally separated from the OS, so restoring the OS is much easier. With uSDs being so cheap, for a sever, I usually make a second install of the OS and make a backup OS device. If something happens to the OS, ten seconds to install the backup uSD and you’re back in business.

This separates your OS from your data. Since all data is on the external storage device, it is more portable. Meaning you can remove the data from one device, and move it to another device. It also makes it easier to backup your data with rsync because all the data is in one place. I always buy a second USB SSD storage device that is the same size of the data SSD. Then backup amounts to plugging in the Backup SSD, mounting it, and running rsync.

@linesma
Sorry I went off topic here. If you want, I can make this a separate Topic.

@Pudge It is okay. It fits in with the above discussion. I will have to look into the solution you mentioned. Thanks!

Here are instructions for installing samba, installing minidlna, and for perfoming backups.
Pudge

Here is the temperature of some older RPi.

Thank you for the information. However, could you include the temperature of the room you were in when you took those measurements? It gives the numbers more meaning. 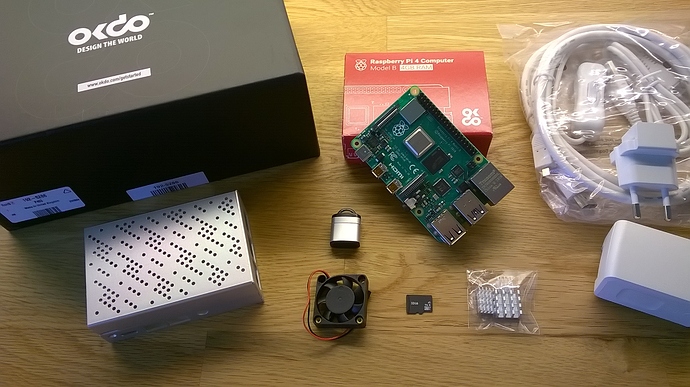 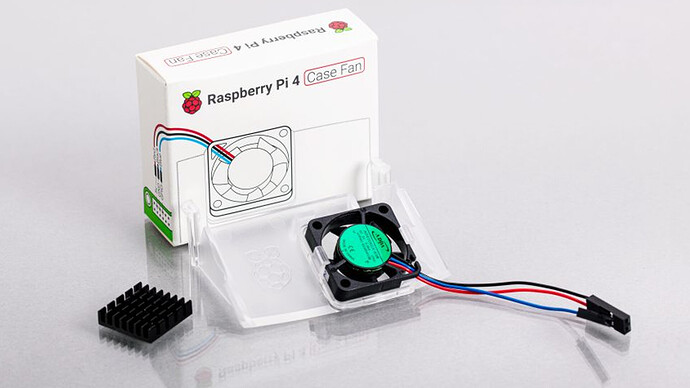 End Your Throttling Woes With the Official Raspberry Pi 4 Case Fan (It’s Only...

Forget about throttling. The official Raspberry Pi 4 fan case lets you push your single-board computer to its limits without overheating. At just $5, the Raspberry Pi Foundation’s Pi 4 case fan fits in the official Pi 4 case and comes with a small...

Oooo, shiny. Thanks for the link. It is something I am going to have to look at. Why? I have a couple of official Pi cases sitting around that this would be a good retrofit for.

Good to hear that you found the link useful! Thought that this could be of interest to those of you using a Pi with the official case. I haven’t got myself to get one board yet but I am seriously tempted.

I haven’t got myself to get one board yet but I am seriously tempted.

It is so worth it. I got a Pi2 just to see what it was all about. And I was hooked. I have used other SBC’s, but I always go back to the Raspberry Pi.

It’s been a challenge for me to steer away from online shopping in these times we are living. You are not making it easier on me

I guess I will yield to the temptation just this once.
Until next time

I have pinebook pro

I have been enjoying your sharing your desktops on the “sharing desktop” thread. Nice work!

Yeah, the button has the best of us! It always wins at the end! I even seem to have one right on my keyboard: