Are you using a dock? If so which one - Latte, native Plasma panels or something else?

Latte is still the most full featured esp the options for autohiding/sizing, but we all know its unmaintained and will slowly die off. I looked at a few alternatives and none seem close. The best option would be the native panels but they lack a lot of things.

For my part, I have been using the Plank dock for a long time. It’s simple, easy to customize, and does the job. There are so many limitations that on the Plasma you mentioned, it only works with X11, not with Wayland. In the case of Gnome, I use this instead of Gnome’s own dash.

Plank is good. I have used it in Plasma and xfce without problems. Default themes are ugly but there are numerous good themes available. My favourite theme is Omda…

but we all know its unmaintained and will slowly die off

I thought the announcement was that new git versions would only work on the latest Plasma. It looks to be worked on as of even 11hrs ago. 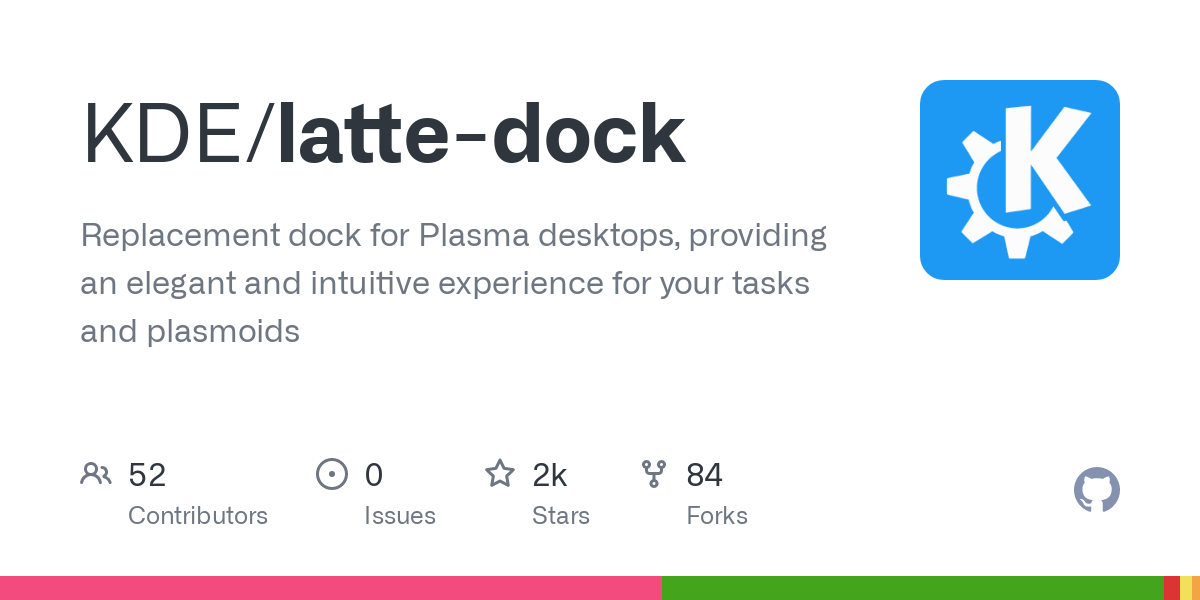 thats the original Latte dock, right? its the one that isn’t maintained anymore, the recent commits are just automated bots.

there is an effort being done on Garuda forums to replicate functionality using native panels. I believe they will release when 5.27 comes out so its stable, also 5.27 will break current Latte dock.

I think that will be the best choice.

Its not just bots, there’s been recent merges for Wayland. You need git and development packages for it to work properly post 5.25 for 0.10.x builds.

The ones on KDE store are old but if you build it manually it should work. AFAIK KDE team has forked and continued working on it, that link is the fork

I use the Dash to Dock Extension with Gnome in Wayland…works well & has what I need.

From left to right.

Hide when unused. Simple, but works

Plank with Budgie depending on the layout which I change often. Budgie also has dock mode and an icon task list applet usable on any panel.

Its not just bots, there’s been recent merges for Wayland.

The last real code change was a trivial change in November. There have been no material changes since July of last year.

I was under the impression from comments I’ve seen from KDE contributors that they intended to keep it functional but new features would be unlikely and with activities on the chopping block those features removed.

I guess we will find out once something breaks it.

GNOME Wayland
No dock
Only Dash to Panel: top, autohide, no app icons or some such. Minimalist

I’m experimenting with Cairo Dock on LXQt because it has some nice eye candy, but not sure if I’ll keep it around.

With Gnome 43, this is almost a “mandatory” extension for those who like the dock.