I personally think this is good news, what do you think?

Haah, yes, I do think it’s good news. I however feel that the exclusivity factor of ‘Arch installer’ must decline. I have mixed feelings about that…lol.

I tried it earlier today, but ended not very well.

I saw a video on it yesterday, it seems like it needs a little work imho.

I am also very confused. So much effort for an April fool? Hard to believe. Arch Linux with an installer? Also hard to believe…

A joke or not, the installer they chose is pretty interesting. The kde install uses kde-applications-meta which has close to 300 packages in it. That is about as bloated as an install could get.

I saw a video on it yesterday, it seems like it needs a little work imho.

A little work? It is so crippled that it is more a joke than an installer.

I just found the shortest way of installing Arch using the Arch method. Just the minimum packages required for plasma with the least number of kde packages. Then add what ever after the install. It works great this way. But I’d rather use EndeavourOS.

yes test it today in VM it pulls in all the stuff… but it is working, also it does not set language… 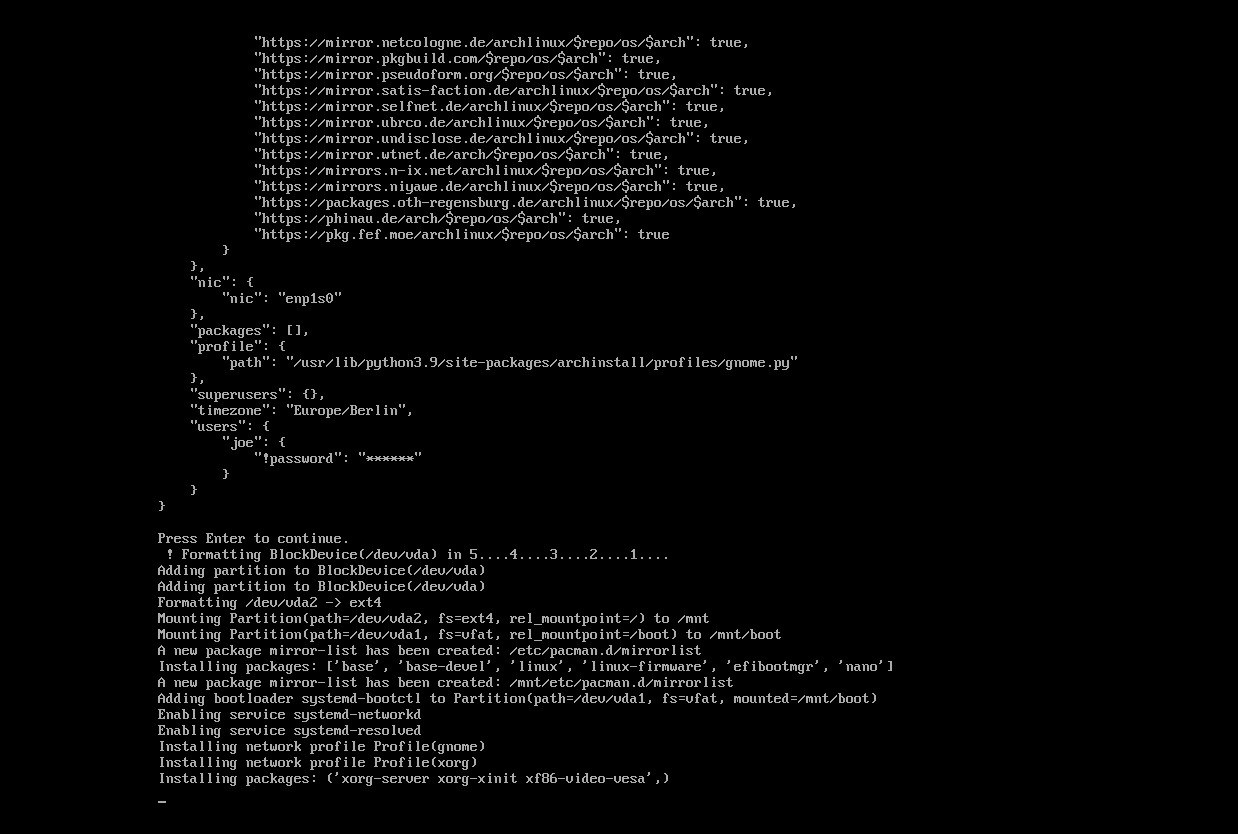 I tried it as well because…that is what VMs are for, right?

I mean, it works. You just have to read the prompts fairly carefully and be OK with the default setup. I think you are meant to able to customize it through custom configuration files but I am not sure that is really significantly easier than just writing an install script.

I do still think it is an aprils fool…
The installer exists but is from AUR only so this is nothing official supported at all.

I thought you weren’t serious, but you really do realize this is a somewhat arrogant April fools joke, right?

it is more like a fooling with april fool joke

then the fishbone is stuck on the archlinux.org site

It seems more than the joke is on the Arch community itself. With those comments, they are making a fool of themselves. A large group then.

Personally, I think this is a cool idea. I really hope they expand the capabilities of the installer.

I watch this talk on Arch Conf and i do see also discussion on mailing list some time.
And the mail mention clearly that it will not be an official installer to install archlinux it is for testing.
But i do think it will be used by a lot users, as it provides an easy way to get a system with user created and also sudo setup, and a working DE with GPU drivers. ready to start from there to setup the system from Desktop.