Applications not showing in start menu

Hello. This is my first post. I really like EndeavourOS. It really works awesome on my low-end PC. But I have a problem. Before this system i was using Manjaro Linux KDE. I was using snapcraft.io to install applications. It seems to be working on EndeavourOS also, but on Manjaro when i insalled an app using snap that application was being shown in start menu, on EndeavourOS i have to write in terminal “snap run telegram-desktop” for example. Is there any solution to this problem ?? Since I can not find applications sorted or at any way at my start menu.
Ps launcher on desktop is working when I type “snap run telegram-desktop” in “command” field.

What DE do you use and which shell?

Tip: snapd installs a script in /etc/profile.d/snapd.sh to export the paths of binaries installed with the snapd package and desktop entries. Reboot once to make this change take effect.

With this it should show the snaps in the same way it shows native installed applications.

With this it should show the snaps in the same way it shows native installed applications.

Unless you are using a shell which doesn’t source those like fish.

With this compared to snaps on a low end machine - it will save a LOT of time on boot up. Unless that process has somehow changed, when I got rid of snaps on Manjaro a couple years ago I saved something like 45 seconds on startup EVERY time I turned on my computer. 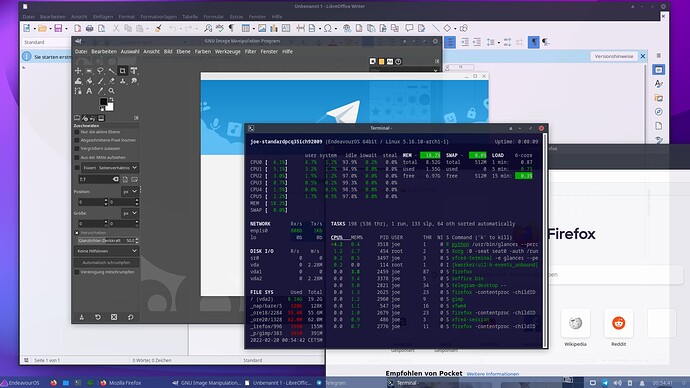