Technically, keyring being installed first, in the same (full) procedure is irrelevant, as the signatures are checked before the new keyring is installed (bringing the new signature in).

Hmm yes so you mean we find a BUG on pacman?
On my test I do remove the package on the first run when pacman asks me if I want that… and on second round it do not bails out on the package but seems it updates the key on first round ?? interesting little issue … 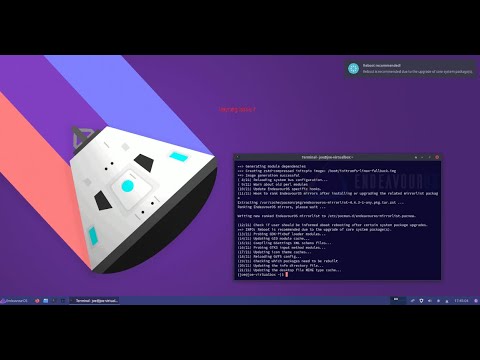 this makes it clear I think/hope

is generally useful to solve the libinih update issue in all cases that I have tested.

(Note that the double sudo pacman -Syu was my suggestion to Bryan, and at my first tests it seemed to fix it, but actually was not accurate. Sorry about that.)

Note also that the ISO has a separate hotfix.

so you mean we find a BUG on pacman?

This is not a joke! We all know pacman has NO bugs!!!

It’s just the luck of a feature, or it is intentional

The server was down while I was answering…

Indeed! Your video made it clearer to how odd it looks…

Even DT had trouble with libinih

He is human after all

I don’t think this is an issue from the Appollo ISO. I have seen this many times happen.

had the same issue by arch linux.

A post was merged into an existing topic: Apollo neo RC1 ISO testing