Annoying issues with Entropy on AMD

So this isnt so much of a question but I finally figured out my issues with GDM just sometimes not starting forever on my system.

I realized that I was having https://wiki.archlinux.org/title/GDM#GDM_does_not_start_until_input_is_provided

except it would sometimes not even start when user input was provided. The system would just hang at boot waiting for GDM. I finally decided to enable Haveged which i havent had to use in years.

This got me to wondering, why has every AMD system Ive owned run into Entropy issues on linux? My Intel systems minus one time a long ways back on a Haswell system have never had issues generating Entropy at boot but consistently from Athlon64->Bulldozer and now on Ryzen I run into entropy issues on AMD?

Ive managed to somewhat solve the issue after using haveged to test and enabling random.trust_cpu=on, but its still slightly annoying.

So if you run into issues with GDM similar to mine where it only appears every couple boots try seeing if its the system not generating enough entropy. Now I havent run into the issue since over the last several days.

I don’t have any issues with my AMD but I’m on KDE. 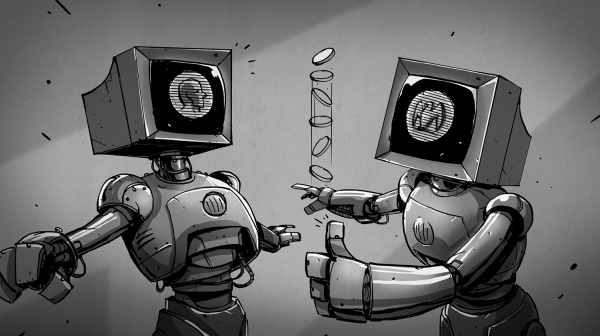 What Is Entropy And How Do I Get More Of It?

Let’s start off with one of my favorite quotes from John von Neumann: “Any one who considers arithmetical methods of producing random digits is, of course, in a state of sin. For, as ha…

I don’t have any issues with my AMD but I’m on KDE.

but that is curious, does KDE not worry about Entropy to start the Display Manager? is this just a GDM thing?

I dont know why my AMD systems always run into Entropy issues at boot time. I know back in the wayback there was a hardware bug around athlon64 or so era but these days youd think itd be solved. Ive enabled the CPU random generator and seems to be fine but without random.trust_cpu=on it seems to be an issue for my system.

Does systemd-random-seed.service have anything to do with this issue or is that something different?

I don’t have any issues with my AMD…

Isn’t that an issue?

honestly dont know, it very well could be but also seems to be due to GDM also as its even specifically on the GDM part of the wiki

It happens that just today I switched to gdm/gnome only to give it another try. I did not notice any delays with gdm during several boot processes.

I haven’t had any issues either on

The output of journalctl --unit systemd-random-seed for the last couple of boots:

Unfortunately this doesnt show too much, once Im able to get the system booted previously i had no problems with Entropy. The issue was that frequently and at no particular time it would refuse to start GDM until rebooted several times.

Now that Ive enabled CPU rand its fine but it wasnt previously and now i boot consistently without issue.

My systemd journal doesnt show anything of note related to GDM besides an issue with gsd-color and account services.

gsd-color just complains about LUTs but thats to be expected as Gnome Shell doesnt do perceptual LUT transformations nor does it apply them to the GDM login afaik and it even complained today which didnt cause any issues.

The only other GDM related one is
Gdm: Failed to contact accountsservice: Error calling StartServiceByName for org.freedesktop.Accounts: Refusing activation, D-Bus is shutting down

which also happened today, the only clue i have is that tinkering with CPU rand adn haveged fixed the issue

It maybe could be something else but i have 17 days of entries to go through atm to even guess.

Im not saying all AMD systems have this, just that every time Ive used an AMD system ive run into this yet not one of my intel systems ever has minus my old haswell system once due to some bug or something YEARS ago

Not sure what the entropy threshold is in GDM. Never had any issues so far on an AMD notebook though.

Just move the mouse around a little bit

Ive fixed it now and havent had a bad boot in days. I previously had been dealing with it since I got my Ryzen system and couldnt figure it out as i didnt even think it would help as systemd didnt tell me anything was wrong. Even moving the mouse wouldnt worked some boots, it was very frustrating.

Again not saying every single person is going to have some issue like this, just that Ive run into it in some for on every AMD system ive owned since Athlon 64 3400+ → FX 8120 then when i swapped to Intel for a while nothing. Now i own AMD and Intel systems and the intel ones never an issue but of course my awesome desktop being AMD finds its way back to it

Im just tossing this out here if someone encounters a similar issue and doesn think to try this like i did for a long while.