A question in regards to encrypting external Hard Drives

I chose to encrypt my HDD with LUKe at the time of install and I am thinking about doing the same with my backup HDDs as I have the same data on them. Is it a good idea? How safe or reliable is it? I read that I have to wipe out all the data on my drive to do such a thing Protect external storage with this Linux encryption system | Opensource.com. Is there a better option? I use restic too for back up but that is for larger hard drives with multiple version, some drives are small and can only keep one version of the data so I want to back up to them via rsync -auv --delete. What should I do?

Very much depends on what you’re defending against.

If your main system is a(n actually ported) portable device that you can lose or that can get stolen fairly easily then encryption makes some sense for that at least – and if it isn’t it tends to by and large do not. As to your externals pretty much the same: if they leave the house, sure, if not, meh.

You do take some additional risk: an encrypted volume can through physical or other block-level damage become in a practical sense fully undecryptable whereas with unencrypoted data you have way more chances of recovering at least some even if not all. Yet if they are actual backups then the same things holds as for backups generally, i.e., both sources needing to experience an issue at the same time for the data to be in fact gone. So, meh…

What it boils down to is that only you can decide whether or not it makes sense (but I would watch out for leaning towards “makes sense” just because it sounds all cool and stufff).

LUKS enctryption would still count as more or less best and the article you link to seems good. Other options would be e.g. fscrypt to encrypt on the filesystem rather than block-device level. My personal advise would be to not bother with that until you’re confident enough around Linux to deal with potential disasters; LUKS is the well-tested (and fastest) method. Yes, in-place encryption won’t work.

I personally use self-written shell scripts to backup with rsync. The graphical shell grsync around rsync as available from the repositories is slightly higher level and something you may like.

Thanks, those were very useful info for me.

fscrypt to encrypt on the filesystem rather than block-device level

In the case of LUKS an entire filesystem is encrypted, in the case of fscrypt the granularity is directories. This will probably help: 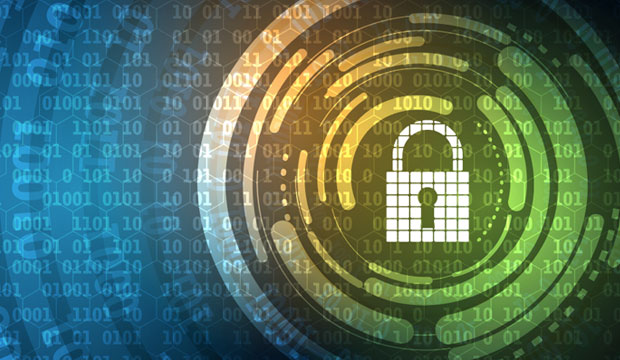 Get No-Fuss File-Level Crypto With Fscrypt

This piece is a demonstration of one means of setting up file-level encryption which is widely available for Linux desktop users. To offer a similar encryption scheme to as many users as possible, we'll walk through how to use fscrypt to create an...

But note then that my preference would for the time being be good ol’ LUKS.

So I tried it and I think I blow out my HDD. I used dd count=4096 to wipe out the partition table but now I can’t use cryptsetup luksFormat command to encrypt it, I can’t even open it up with fdisk anymore. I just shows up on lsblk command. What should I do? Did I mess something up?

This wouldn’t be intrinsically to do with that dd (more completely as per your own original link with if=/dev/zero and of=/dev/sdb I take it) which should be fine. Have you tried simply eject sdb and unplugging/plugging the drive? How is it connected in any case? USB?

Be very sure by the way to make sure it’s on re-plugging still /dev/sdb.

I did unplug and replug it, still no change. I tried gparted and it says I need to create a partition table. I am looking into these stuff and have not seen before.

Ok looks like that fdisk command only is for creating partitions not partition table itself. and there is another cli command by the name of gpart for this. What type Should I choose? Is ms-dos is the same as MBR? What are all those other options? I thought there is only GPT and MBR for this.

Your originally linked article operates in the context of a USB-stick and doesn’t partition it but, yes, normally you’d partition a harddrive.

However, that’s unrelated here: the I/O error you got from fdisk earlier is not going to be other for gparted and it’ll no doubt bum out in the same way once you’d apply. Also would have nothing to do with any of this. No, fdisk is for creation of a partition table indeed.

Yes, “msdos” is MBR but don’t for now concern yourself with this. If fdisk is still giving you an I/O error that needs solving first; I’d reboot and see again.

Ok let me reboot then. I thought since this drive has nothing to do with my OS and is external it is not going to be related to booting. I will try it anyway.

Point is that I’d want a clean slate both as to drive and as to system. But assuming you after reboot still have that I/O error: how is the drive connected? USB? (or eSATA, or …). Does sudo hdparm -I /dev/sdb work? Does it at the end of its output have a Security section? Could you paste that back?

Also the command you said is not there, should I install it?

Here is the whole out put, there is security stuff in it too, I hope I have not bricked my HDD using dd

You’d as far as I know through many USB-bridges in fact see an indication of said bridge in the model strings which I’m not seeing there so just to be very, very sure: that seems to be a 1T Western Digital 2.5" SATA drive. Are you sure you’re looking at the right drive? Is this your external? And once again, if, yes, how is it connected?

Yes I am sure it is it, I have on internal HDD and one External SSD connected to it via USB. I used it daily to backup my data without a problem.

Weird I did it via Gparted and it actually worked. Now I can do all kinds of things with it like normal. And I can open it via fdisk now.

Well, okay then; my next suggestion is going to be to firmware-level erase that drive and wanted to as such make really sure I wouldn’t be instructing you to erase a system drive…

First: no, that dd really can not have done anything bad as such, although it seems to have laid bare an issue with the drive. So let us fully reinitialize it. As the above hdparm output says, this will take some 190 minutes, i.e., 3 hours+. Make sure to be plugged in if this is a laptop; don’t want to run out of battery halfway through.

If the first command errors out that would be unfortunate; if not, the second will take approx 190 minutes to return you to the prompt.

When it does you have that drive as “factory-reset” as possible. You should then be able to with e.g. sudo fdisk /dev/sdb or gparted or whatever you feel like first create a partition table (which, yes, is on an HDD better than working directly on the device itself as per that article).

Did not see your second message before posting; okay, no need then for the long erase.

Ok, any idea what happened there and why? i suppose if I run the same commands there is going to get into the same trouble.