2nd monitor too bright, where to adjust?

what en.os users do for this issue ?

Use the physical brightness controls built into the monitor so it matches the other monitor.

and further more, i realized that the extended monitor brightness does not always stays the same. for example when the lcd monitor is just turned on, it tend to be a little dim. and slowly it will brightened up… hence i usually adjust 2 time… sometime it does not change brightness…

Are you making the brightness adjustments on the actual external monitor

oh ya. .i remember now why i don’t do physical adjustment on my extended monitor now… because i just tried… i change the lcd monitor brightness to “0” already, it is still too bright ! lol what a samsung lcd… the brightness adjustment is so fine… that hardly change much.

this samsung lcd … physical brightness adjustment is set to “0” now. it is still consider too bright for me to use at night .lol… i just tried… it was the same on manjaro os… that’s why i install “brightness control” app for it. and that app has bluelight filter feature that is good for eyes.

same issue with manjaro os. lol maybe because they are of same arch based.

Use the physical brightness controls built into the monitor so it matches the other monitor.

asked because my second monitor ( BENQ ) was completely different in brightness (very low) when used a laptop and fixed mine by dialing it up on the monitor itself.
just read the added 2nd paragraph try find color profile for ext monitor could be called ‘picture mode’ and have about four (usually ) settings, one of will be personal setting, might do the trick.

If it is a Samsung, it probably also has a backlight adjustment. If the backlighting is set too high it will also give you the described symptoms.

yes, i tried Lcd Backlighting setting as per said, it was set to “1” (lowest) … and the brightness set to “0”… now it is good… smooth to my eyes…
but don’t know if i off it and on it, will it be too dim or not… (it usually brighten up slowly).
anyway, en.os does not have blue light filter feature right ? hence at the end i still have to download “brightness controller” app to have bluelight filter feature …

light adjustment. If the backlighting is set too high it will also give you the described symptoms.

Try gddccontrol, this might be able to alter the brightness of your connected display.

It’s not as easy as adjusting a built-in panel, but it’s possible: 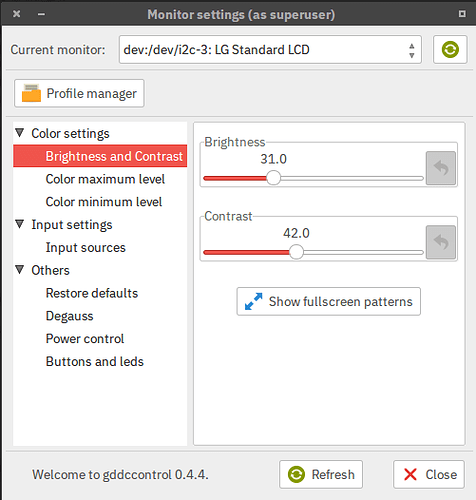 does it has blue light filter feature ?

Not directly. Depending on your display you might be able to set the colour values to reduce the amount of blue light, but if you want to do that automatically then you’ll want something like redshift (or use a DE’s built-in feature, e.g. GNOME’s Nightlight). 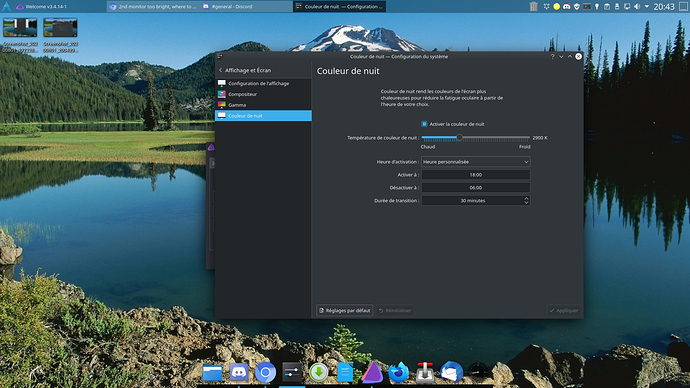 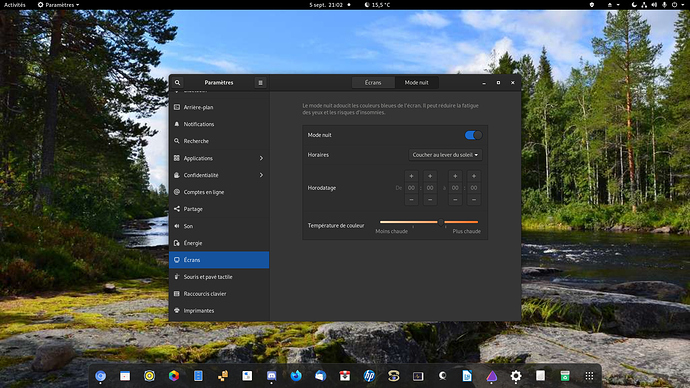 plasma has got such feature ? how about xfce ?

i tried to look for previous brightness control app, the name is something like “brightness controller”. when i use yay to try to install it… it is waiting for my input: what does that means ? what should i type ? never use yay before. 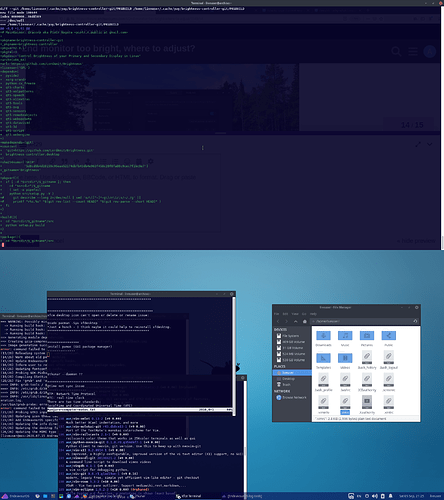 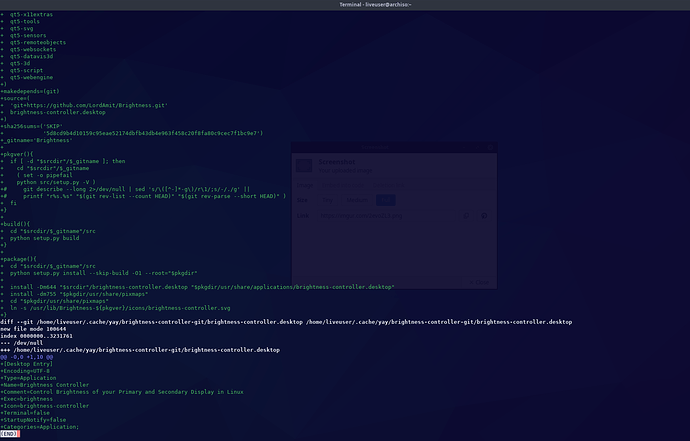 my default laptop monitor "start button " color seems to be a bit washed off… too bright till washed off… is there something to do about it ? it may appears fine on your monitor, but on mine, it is a bit low in contrast… a bit like fading… is there anything i can do about it ? or it is just my viewing angle is not perpendicular to the lcd screen… my laptop is lower then horizontal eye sight… if i lower my head to view it at perpendicular it appears to be better contrast… when lower some more it looks fine. 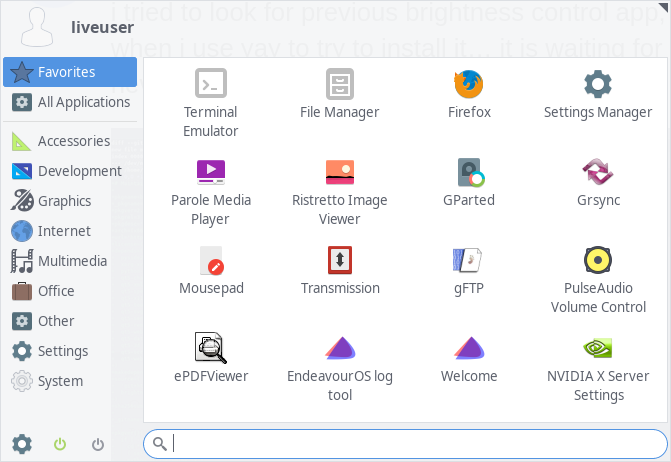 don’t know if this can tell the diff… after i installed brightness-controller-git… it seems to be better… not so washed off… dont’know if you can notice the different or not.
hmm… as i am comparing… it seems to be no diff…
well anyway. consider it solved… since i got my monitor brightness adjustment under controlled and bluelight filter installed.

just one thing remain… why yay install this brightness-controller-git is not successful… while pamac gui got it done flawlessly.