Windows 10 not shown after dual boot

Tried the first one, 1846D85046D8306C.
Same situation. Only to alternatives for Endeavour OS when starting up.
Now going to try with that other serial of numbers.

Now I could see 3rd alternative at the first time, but the timeout is so short that I couldn’t take a picture.
But from the next window I managed to get picture.

Are you sure the Windows disk is working?
You can try shutting down, unplugging the Linux disk and boot.

I tried install Endeavour OS with enabled UEFI, but it didn’t work.
I just disabled it and then I managed to install with alternative "KingstonDT101 II 8.20 found under “Legacy Boot Sources”.
Here is one picture from BIOS - Boot Order: 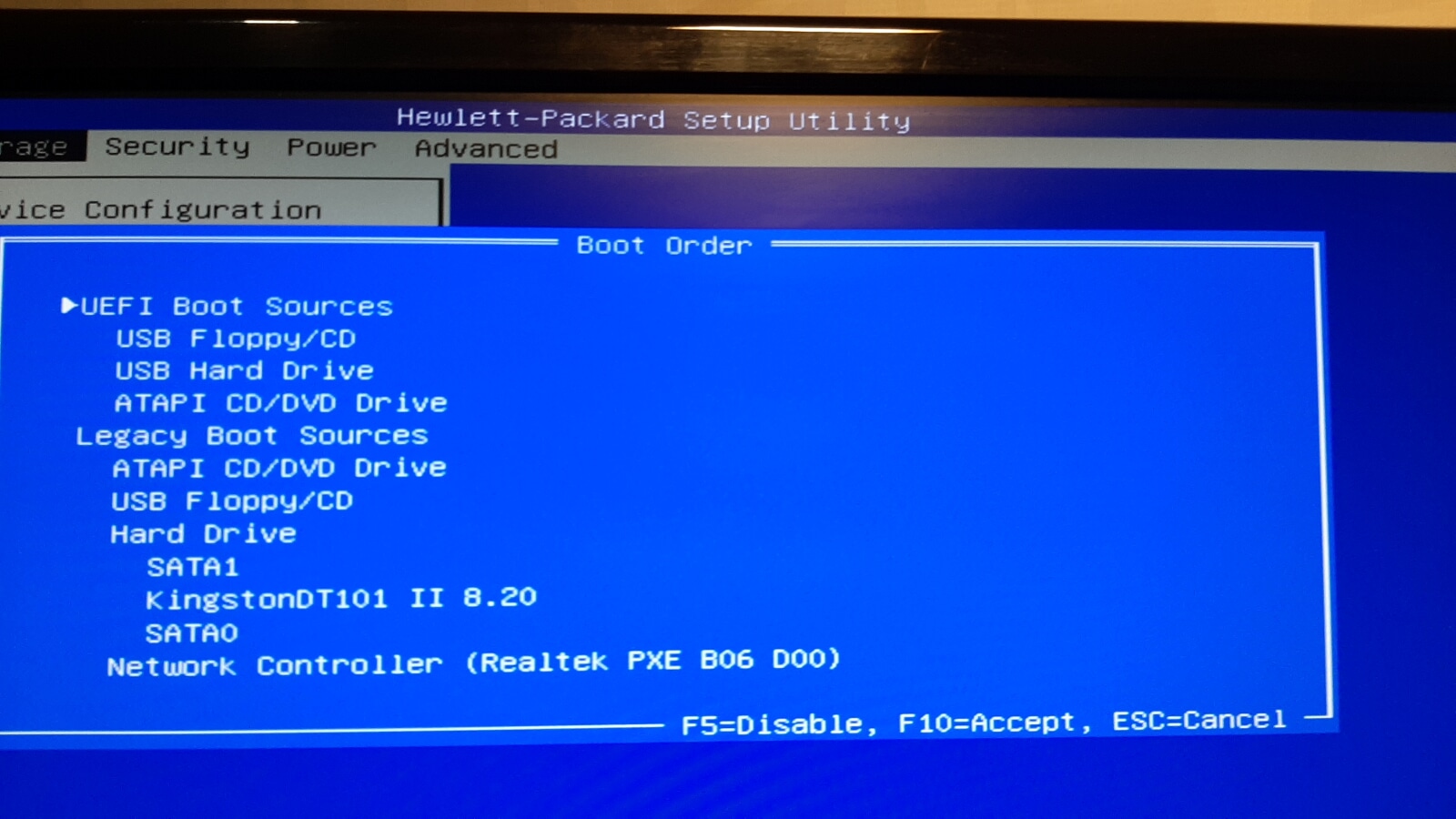 Second picture is from hectical saturday evening.
Trying to install Endeavour OS again. I don’t remeber how many times I tried.
Maybe this (next) picture can clear situation best. Frustration was apparent. 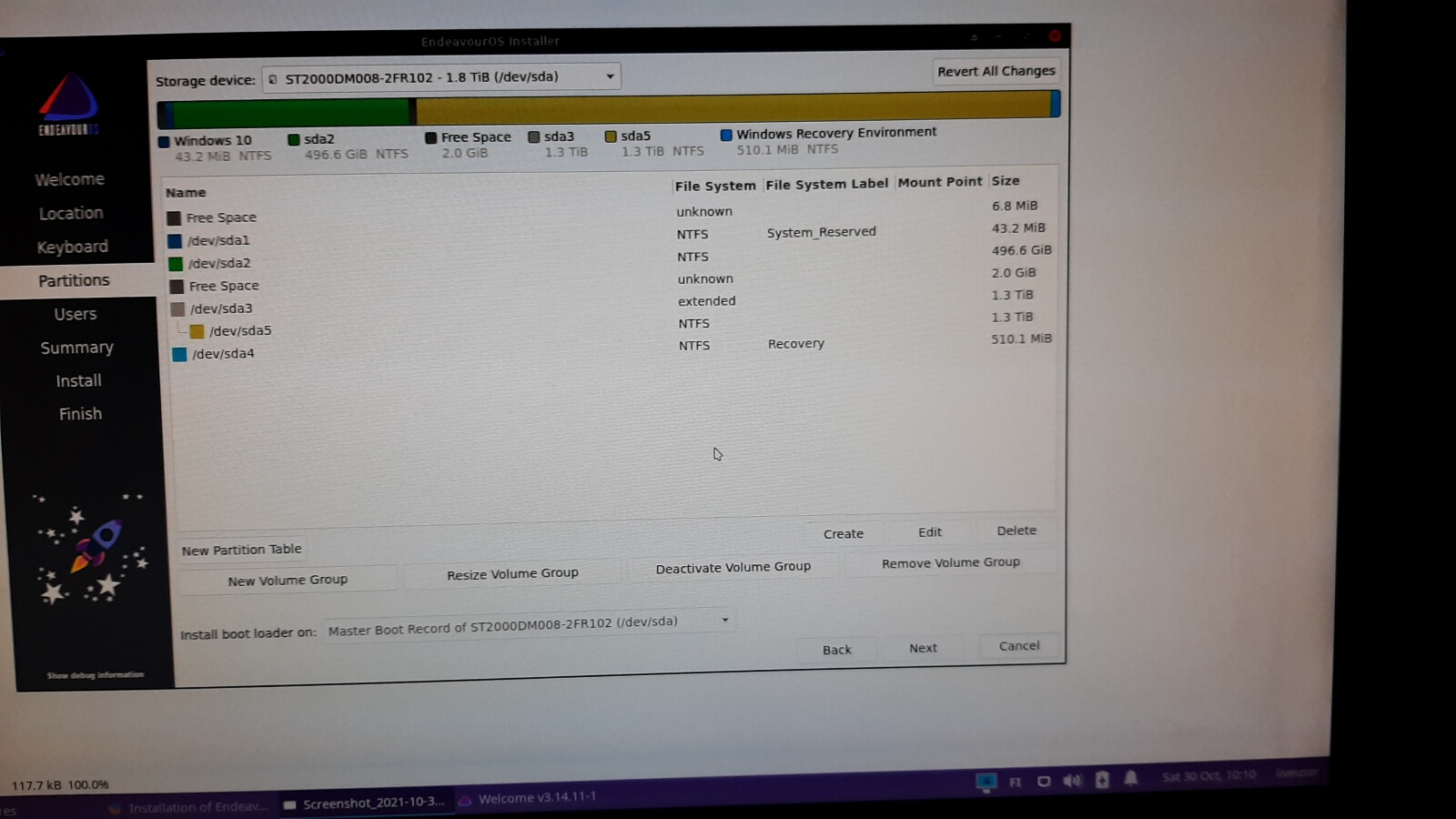 Yes, I can here it that both are running.

I will probably not get the bronze Endeavour OS pin

I used SuperGlue - Extra Strong for connecting data cable to that broken connector. Ofcourse not on the pins, but anyway.

Here is photo of situation before booting up again PC. 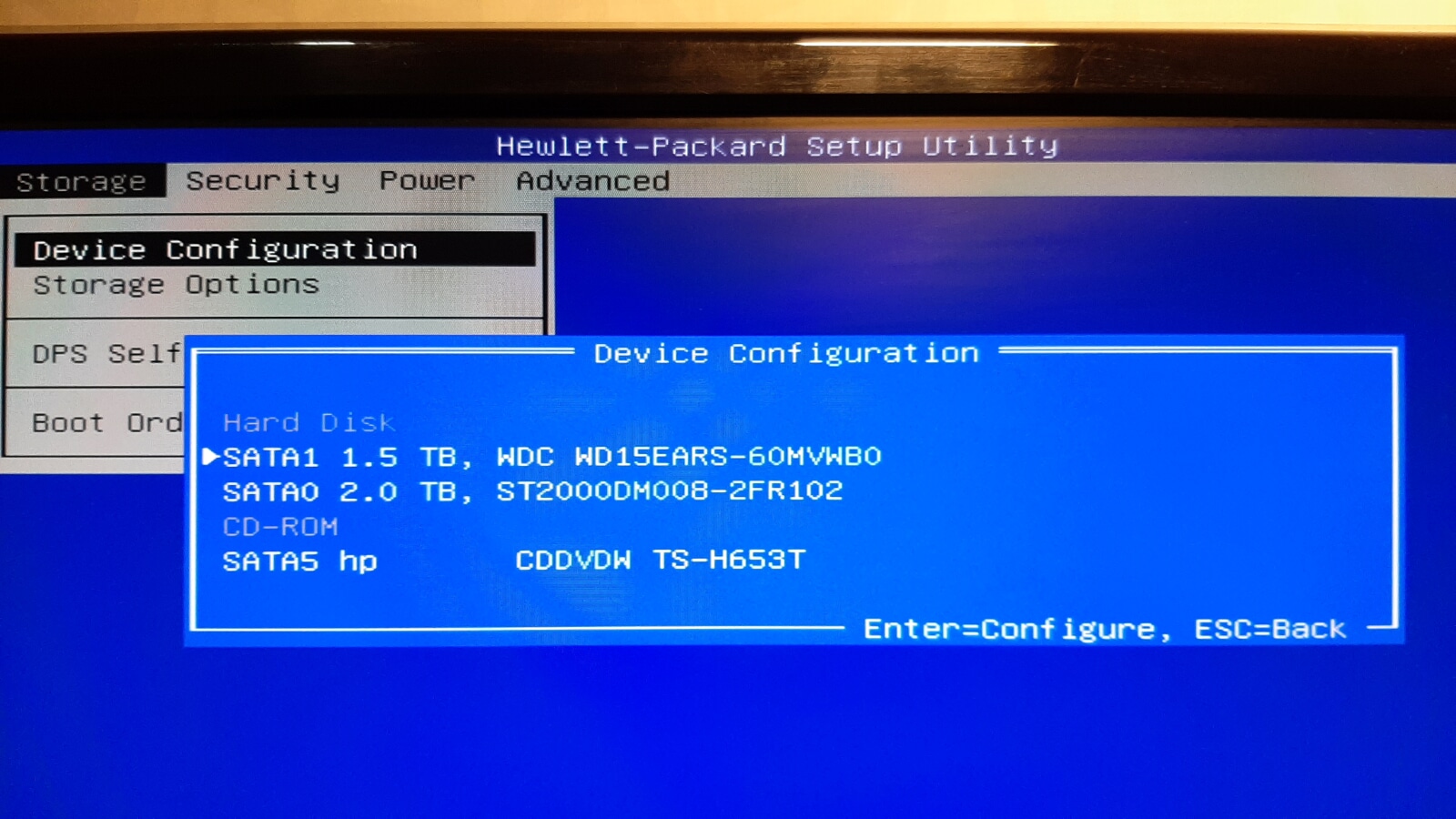 Okay I will try that as well.

Here is situation with SATA hard disk where Microsoft Windows 10 is installed.

First, make sure you have a backup of any personal data from both or your disks. They can be a life saver.

Then, make sure you have a Windows boot repair disk (or similar, I’m not really familiar with the Windows terms). This may be needed if the Windows boot system (MBR) fails after boot changes.

Note that the EndeavourOS installer USB stick is also important to have available.

And make sure your system is set to use BIOS legacy boot instead of UEFI boot.

Next, after the above, make sure both disks are plugged in and boot to EndeavourOS. Then run commands:

and reboot.
If you can see both EndeavourOS and Windows menu entries, then it works.
If not, try running the first of the commands above again and reboot.

Thank You , I will now first take care of needed data by copying those to extra hard disks. Let us see how things start to work.
It is nice that I’m getting hughe help

Thank You and everybody else for taking the time to helping me !

My Dual Boot case with MS Windows 10 Pro OS on the own SATA hard driver and Endeavour OS
on own hard drive is now solved.

Continued with backing up files and folders from before installation of both operating systems,
Windows 10 Pro 64-bit and Endeavour.

It was time to look little bit Windows things too.
Converted both SATA hard (2) drives from MBR format to GPT partion format.

With help of MBR2GPT.EXE converted the disks from the Master Boot Record (MBR)
to the GUID Partition Table (GPT) partition style without modifying or
deleting data on the disk. Everything went fine.

Downloaded and installed on Windows latest Rufus with version 3.17 and made
installation media for Endeavour in GPT partition scheme.
Shortened volume label to ‘Endeavour’. Original was longer 'EndeavourOS_202108’.

That is why I found some article that stated that someone was having trouble with
the lengt of “Volume Label”.

Prepared installation of Endeavour OS by disconnecting power and SATA cable from the hard drive (with Windows), for ensuring that GRUB is not installed on the EFI Boot Partition of the Windows 10 hard disk.

I was trying to install Endeavour several times. During the installation I could read from screen
"‘***/EndeavourOS_202108’ did not show up after 30 seconds.”

Tried installation several times. Managed to install Endeavour OS with XFCE (offline), just for testing.
Then installed after in “Online” method. Selected nearly everything to be on the safe side.

After PC (desktop) was rebooted , could read 3 alternatives for Endeavour OS from the screen.
Selected first line, ‘Endeavour OS, on Linux’. Windows 10 didn’t show up at the moment.

Checked first, that do I need to download os-prober.
With pacman -Q os-prober showd that “os-prober 1.79-1” is already installed.

Now Windows can be selected directly from boot menu.

Nice to hear that you got it working now!

A great learning experience as well!

And thanks for writing down the steps you needed to take, that may help some future reader too!

I hope that somebody understand what I’m trying to write. Maybe for someone else this case was nothing special. But tried to explain somehow what might be interesting.

Thanks, i got the same problem, you helped me a lot

Save the file then;
sudo grub-mkconfig -o /boot/grub/grub.cfg

@edip welcome at the purply way 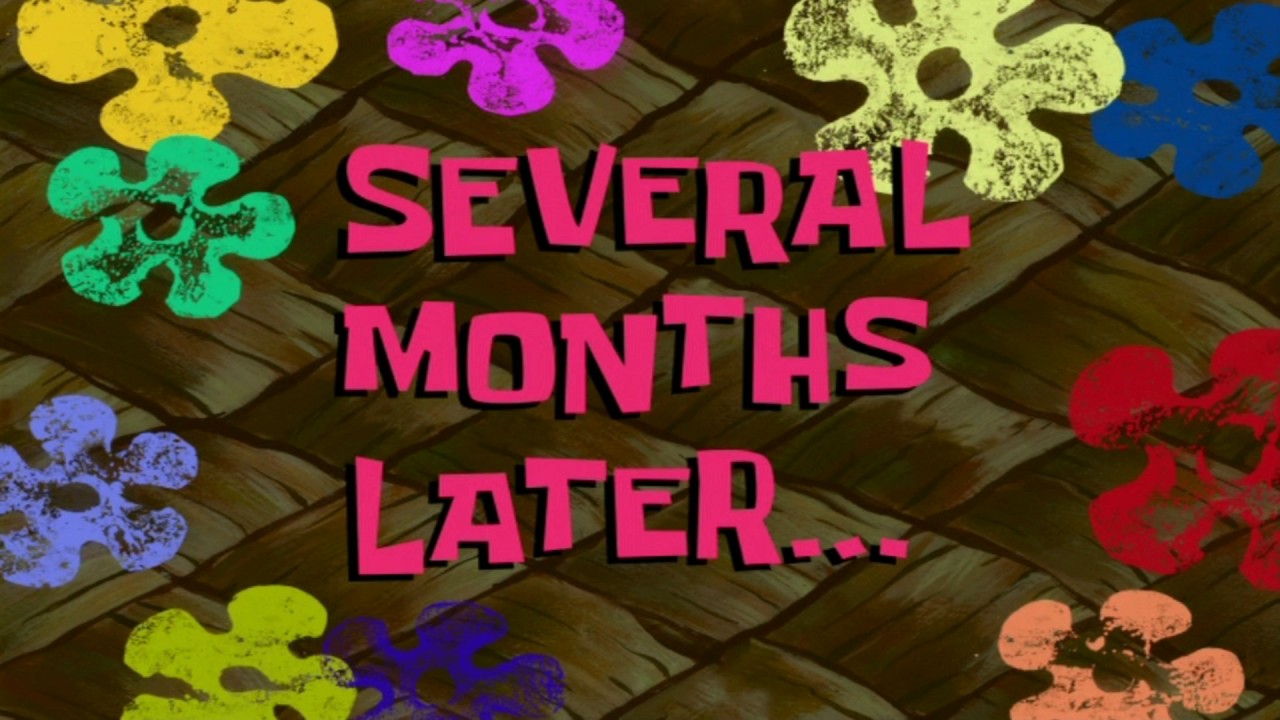 try to not use old threads always better to start a new one… you can link to the old one if needed.