Will this bork my install? 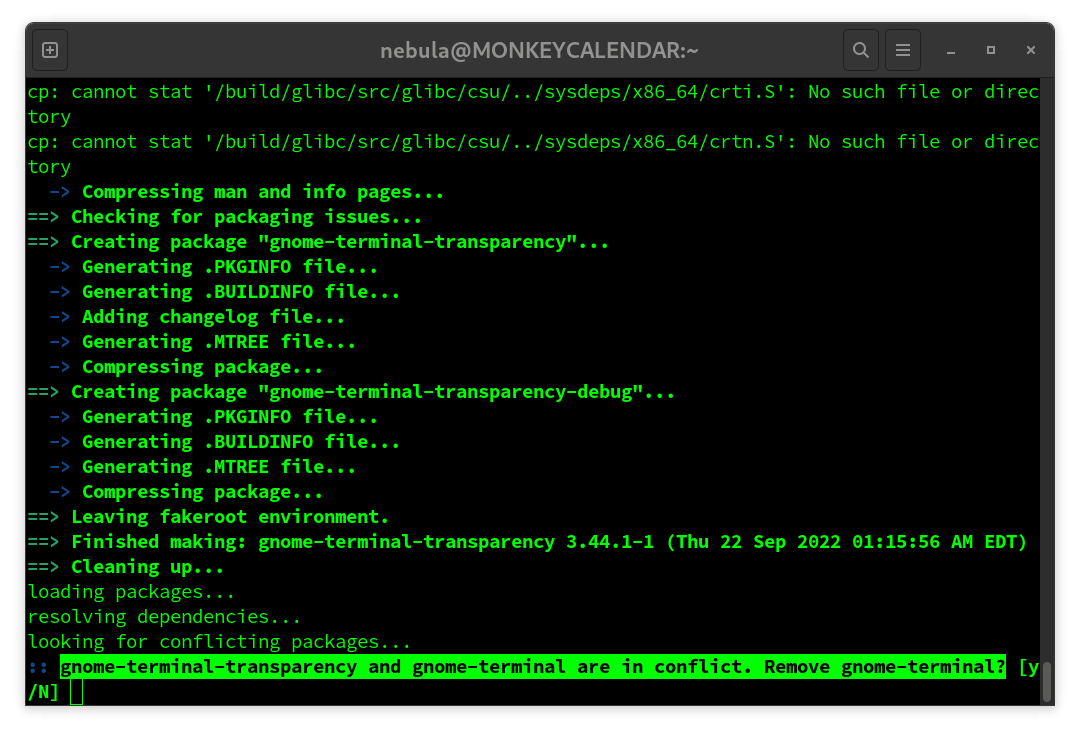 If I say “Y” to this will it bork my install? reason being I’m worried as I’m asking “gnome-terminal” to remove itself. Or should I just install another terminal app and run these commands in that?

but wouldn’t using gnome-terminal to remove itself be a problem?

it must do that as they are both the same application only one has transparency enabled.
It will not harm anything, and the currently running instance is loaded already … and it will be back in a nanosecond later also ;=)

I am currently running KDE and use their Konsole terminal app.

So if I open Konsole and run “sudo pacman -Syu” and there is an update for Konsole I do the following: I let it update in place. My current Konsole is already loaded and running and pacman will update it. No need to use another terminal to update the current one.

At most, after updating, you might need to close that terminal and open a new one. That way you are sure you are running gnome-terminal-transparency instead of the previously installed and loaded gnome-terminal.

that’s how we use RAM