Why no new kernel?

Because it is not yet in the Arch repository. Why do you lack patience ? Don’t worry, it will arrive, just … breathe.

Usind old kernels is a security problem. Why it is not in Arch? 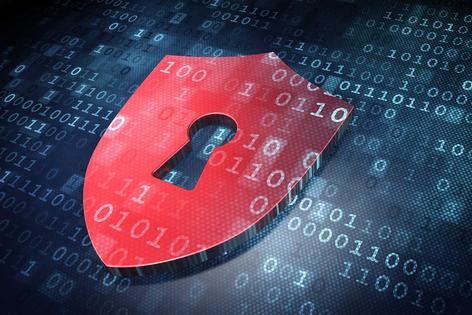 The working dead: The security risks of outdated Linux kernels

Linux kernel security vulnerabilities are often in the headlines. Recently it was revealed a serious kernel vulnerability remained undiscovered for over a decade. But, what does this mean in a practical sense? Why is security of the Linux kernel...

It’s been less than five days since 5.19 got released! It takes some time to get into the Arch stable repos. Arch is bleeding edge, but not that much…

Linux kernel 5.19 is not in testing for now. And I don’t think it will be on Archlinux before 5.19.1 revision.

You won’t be in danger for a few days without the last kernel installed. Just breathe.

Did you notice that kernel 5.18.16 was released, so you’re far from danger in that respect.

Like Fred pointed out, if you really must have it right now, switch to testing repos.

Read this first, though:
https://wiki.archlinux.org/title/Official_repositories#Testing_repositories

I’m on testing, here is my kernel:

In a research paper from 2015, we found that three quarters of home and small-office Internet routers were running firmware with obsolete Linux kernels. Most of these were un-patched against many vulnerabilities — that is, they were susceptible to exploitation.

What I understood about these lines is that real risks is not about old kernels, but un-patched kernels. You can use an old kernel (preferably LTS) and it’ll be secure as long as you keep it updated.

Arch is not offering bleeding edge more and more often - and yes, I also would expect that new Kernel series to be available in testing by now - not in stable, that can wait until 5.19.1.

at least this time, they updated the sources used to build the kernel - so I did and I have no issues with that kernel on my all-AMD machine.

With the past Kernel series releases, the sources were not updated so I took Manjaro’s PKGBUILD’s as basis for a Custom-build “Archaro” Kernel - which also ran without issues on my machine (I used their PKGBUILD and removed the bootsplash-patches and the patches not needed for my hardware).

I don’t really understand the pursuit of numbers. As for security, am I, using the LTS kernel, in danger? I don’t think so

bleeding edge is all about the features, not about numbers - and every new kernel series adds lots of those features …

Usind old kernels is a security problem. Why it is not in Arch?

Please make yourself familiar with the kernel release process.

A new kernel is coming down in updates every few days (almost an annoying pace actually - but not complaining)…we’re fine from a security perspective. Are you using a hardened kernel? Might want to look at that as well if you are that concerned.

This may be of some help:

Upstream project X has released a new version. How long will it take for the Arch package to update to that new version?

Package updates will be released when they are ready. The specific amount of time can be as short as a few hours after upstream releases a minor bugfix update to as long as several weeks after a large package group’s major update. The amount of time from an upstream’s new version to Arch releasing a new package depends on the specific packages and the availability of the package maintainers. Additionally, some packages spend some time in the testing repository, so this can prolong the time before a package is updated.

Because it’s not released from testing yet on Arch. Most disto’s run the on a current lts kernel. Arch is rolling and has the latest available. 5.19 is not available yet. When it’s ready it will be available.

No problem! I’m wondering how long it will take to get linux 5.19.x on testing then stable.

Why does a as stable released software need to be in testing first?