Why can't I have a wysiwyg text editor with full text formatting capabilities in a terminal?

Hi.
It ain’t really related to Endeavour beside our common interest in terminals, so I ask here… I just can’t bear the pure arch guys.
Well I wonder for years already: there are plenty of special characters and standards in UNICODE, and easily extensible ones at that, allowing for about any character or text or paragraph styling one can imagine, while requiring none of the non-portable, always-annoying BB code, html, css, odt formatting, markup language or whatever we use to just to make a text visually prettier and clearer… or semantically too.

Wouldn’t that allow for more portable across both systems and types of interface (the shit I do in word lies well within a terminal capability !)… and save file sizes and processing ressource ?

Instead of putting friggin’ thousands of mostly useless emojis, uncanny symbols and dead languages in UNICODE, why don’t they implement a common global multimedia text/image SGML-like language for both style and structure ?
Instead of having a gazillion others standards and formats.

The solution to your problem might be to not use a wyswyg in the terminal. But rather something like latex. Its cross platform compatible and think it can be compiled in terminal for example via vim.

It makes as little a sense as any other markup language, is hardly portable given the infinite number of variants, and its learning curve is steep as f***.
I don’t do fancy things like math equation (though these would profit just as well), just regular paragraphs and text formatting… so Tex is wildly unnecessary here
.
And why do complicated when you can do simple ? Things like libreoffice (again, for “simple” things) work just fine… I like TUIs for their clarity, not to out-nerd myself

is hardly portable given the infinite number of variants

? Latex is ONE language.

Try overleaf, its just writing text in a webbrowser. 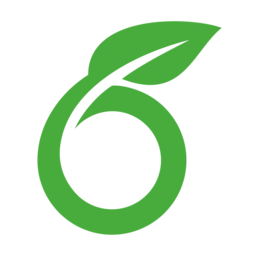 Creating a document in LaTeX

An online LaTeX editor that’s easy to use. No installation, real-time collaboration, version control, hundreds of LaTeX templates, and more.

if you want to write text you only need to learn this:

\begin{document}
First document. This is a simple example, with no
extra parameters or packages included.
\end{document}

There you go, you just learned latex in 1 min

I personally use pandoc.

I found a decent theme on a repo online. Been using it for my documents. I write in markdown. It is converted to latex, then to pdf. So typing it out is easy, and the final pdf looks as professional as a proper latex document.

I also use pandoc to write gitbooks, but latex conversion is tricky if you have figures and print out pdf look funky sometimes with the formatting. Online everything looks great.

but latex conversion is tricky if you have figures

Yeah agree. Faced the issue initially, but whatever theme I’m using right now gives mostly sane output. Anytime I have to deal with manual positioning of multiple images, I just switch to a word processor. Haven’t extensively used any online service yet. I’m not working much with images though.

I use pandoc in R studio, there is a fantastic tutorial from cjvanlissa.github.io/gitbook-demo

Another variant could be to use Lyx, this is not in the terminal but is a gui word type editor but produce tex format and therefore crossplatform compatible.

If anyone has experience with that would be good to know. I tried a couple of years back but then flipped back to plain latex quickly.

And why do complicated when you can do simple ? Things like libreoffice (again, for “simple” things) work just fine…

Ok. Thought you were asking also for some formatting. I thought about latex because you can easily create a document out of the box by choosing template and focus on writing. Its also possible to write the text in the terminal and there are table for symbol codes if need.

If you just use text you only need to know how to add a section or subsection title and perhaps how to make a bullet list. Anyhow, I use texstudio for what its worth and it has some buttons to make things bold etc. To my experience tex is the most crossplatform compatible because the language doesnt change, and you get always the same result, no matter if linux, win or mac.

I’ll give a shot at Lyx.
But the fact there are good solutions today, doesn’t explain UNICODE based formatting isn’t used at all while they could

It’s a fact terminals would be easily nicer with UNCODE-rich text without the need to process a markup language in the shell.

Not sure if this is what you meant, but I seached with yay:

and there were 3 alternatives. Haven’t used any of them, but maybe they’re worth checking.

it should be kind of like Wordpad on Windows. a wysiwying Rich text editor, in terminal because why not, since most are (and should be) unicode compatible.

I’d be surprised if emacs or vim would not have unicode support.

I don’t think the lack of unicode support is the issue, it is the lack of WYSIWIG support for unicode

Bingo, someone got it

To be precise what I had in mind was not UNICODE characters per se but the ANSI escape sequences using them to implement rich texts in terminals, and that the Ncurses library uses. The colors, underscore, fraktur etc, all of that could make up for a good lightweight yet very extensible (SIXREL, emojis, vector graphics, image rendering, etc etc…).

I dream of a computer interface where terminals and graphics would be one and the same. Where standards and techs would be simpler but much nicer to look at…
I’m close to have a boner when I watch that: 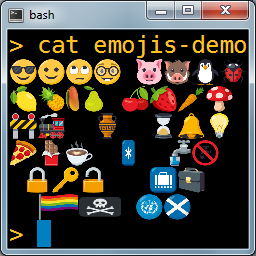 I probably am not the only one here

mmm, let’s call that a “nerdgasm”.
Anyone has an idea of (a project of) an interface which would provide a similar, advanced “terminal-centric” experience, without the user having to write binary code in two dozen config files ?

I suppose this is an extreme response to a simple question, but as soon as “text editor” (those two specific words) are mentioned, they carry with them implications that pre-date the “PC”.

Editing text is exactly that.

Perhaps a different term exists (or is needed) to describe what you want, but I object to calling it a text editor. Emacs may be able to perform what you want to do; I guarantee that it could be extended in that manner if the desired features are not already present. As it is, Emacs in recent form bears little resemblance to the original tool, though classic methods may still be there. But I digress; let’s come up with a specific name for the capability you seek; it’s a legitimate and worthwhile idea.