Which DE are you using?

Plasma mostly… but i like Xfce, Cinnamon, Budgie, Mate & i3.

Xfce+Picom, I don’t need more. People complain its development is slow, but on the other hand it makes it very stable.

I am using a custom DE, personal project using BSPWM, polybar, rofi and other usually used utilities.
It runs like a normal DE, with its own environment variables, config folder and custom script utilities (all based on bash).
I have currently named it “bsp-desktop”, but it might change when I will feel it could be announced (with a bang

I forgot it was a secret…

its development is slow

What do you mean slow, to me it seems more like it was discontinued. No sign of life from the devs anymore.

Their team is small, that’s why the transition from gtk2 to gtk3 took so much time, but they’re still active. 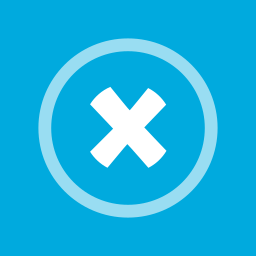 XFCE is notoriously slow to bump versions. It took 16 months to go from 4.14 to 4.16, and that particular update was in December 2020. So it’s been even longer now since the 4.16 update, but global pandemic etc yadda yadda…

Anyhoo, it’s definitely still actively developed, even if the updates still aren’t as fast as something like KDE/Plasma, which seems to release updates every month.

Both approaches have their respective benefits and downsides.

Even on Fedora Rawhide, I keep using Xfce-DE, wherever possible. Currently on my 2009 iMac (bare-metal). The 2011 MacBook Pro uses KDE. Both have Gnome43 installed, as the main DE for Fedora.

Yeah, would sound about right for the number of regular developers IMO.

That said, there’s likely hundreds of contributors though. Same as with any other DE.