What games are you playing?

Also, I’m in the credits

Lol, just because of the level I backed it on Kickstarter.

I wish I’d worked on it

But it was pretty cool seeing my name on screen, especially on a game I absolutely loved

So normally you would be one of the gold colored NPC’s then?

I wonder how will be the character creation done - random rolls or fixed “skill points”. Just to think about Baldur’s Gate 1 and 2 and how many hours it took to roll a decent character.

right? I forgot about that. It has been a very long time since I played. I would spend a good hour or more rolling those stats. I think someone finally invented a player creator cheat that got around it, thankfully. Lets hope they “rework” that system for the BG3.

Remembered I had one of those old Steam Controllers laying around, which nobody probably uses anymore

Apparently Frontier uploaded some official mappings for this which you can download through the steam overlay.

Actually works really well with this controller, it might get some use after all

BTW got any tips for some easy money in the beginning?
doing some simple courier stuff now, until I can get some upgrades…

I ain’t spending a grand on any game

Well, except WoW over a 15 year period, but still

Forget what I said about Elite: Dangerous not having me 100% convinced yesterday…

These puppies came in today (after a very long search, thanks MS Flightsimulator)
There’s definitely a learning curve here, but oh man the way it feels and responds…

While I used to say Elite has a lack of immersion… with these twin sticks, I feel like I’m right in the cockpit…

Going through flight school again atm, but even this is exciting atm 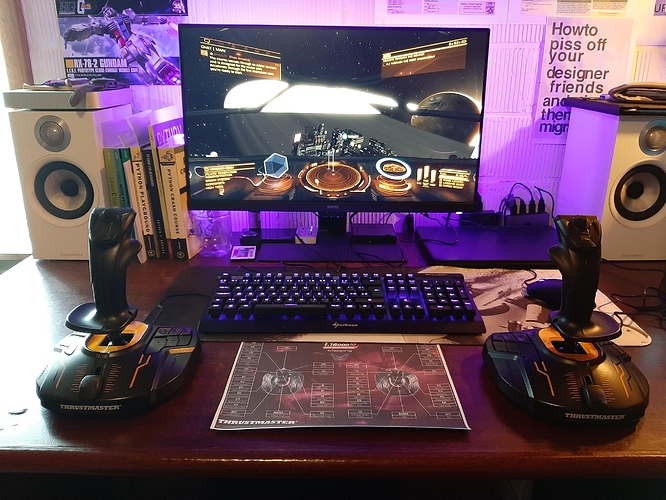 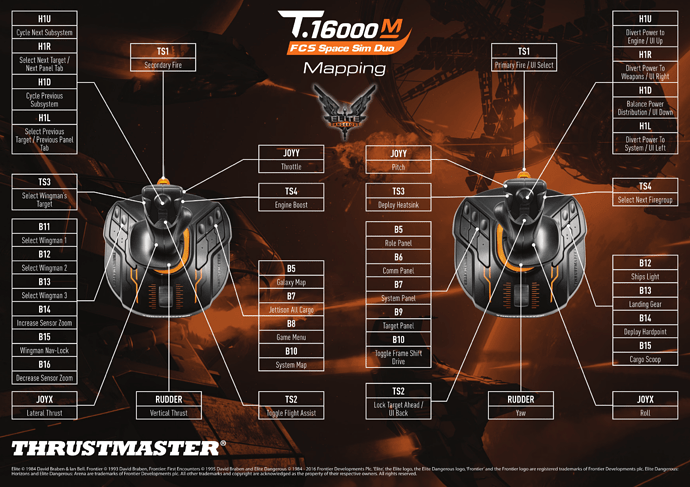 Though I’ll console myself with having a 34" Ultrawide

got myself a vulture and been having some fun with bounty hunting at the nav beacons.

erased my old savegame, and started a new game…
still in the noobfriendly systems atm, getting a feel for the controls

@dodgypast got my first big payday yesterday!
Did a road to riches run, which took longer than expected because of the low jump capability of my ship…
Did buy an ASP Explorer with the money though, end kitted it up with about 5.000.000 Cr worth of upgrades… 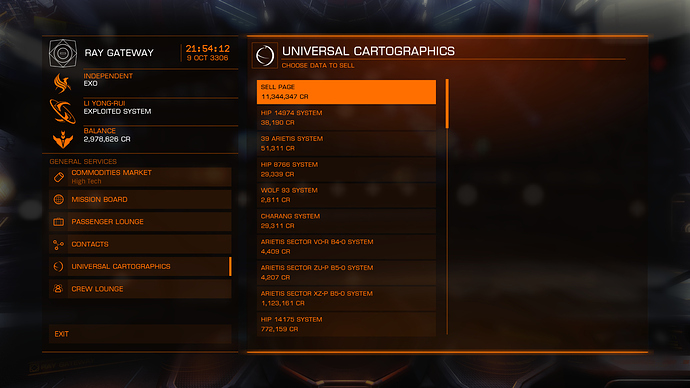 oh and make sure you’ve got a good fuel scoop, so you don’t have to self-destruct haflway trough, because you’re stranded halfway through

That’s a nice run… you should be in a position to look into engineers.

Gonna do a few more runs like this, then I’ll have a go at your guide!

Dang it @keybreak, you mentioned the original Deus Ex. I am going to have to re-install and play it. My favorite level is the Hong Kong one. I got a copy of it free, if memory serves, back when I bought a nVidia Riva TNT card. Many, many years ago. I played the heck out of it at the time.

That being said, I am taking a break from my usual RPG/ Shooter fare and relaxing with My Time at Portia.

Once I feel “recharged”, No Man’s Lie… ahem… No Man’s Sky is back in rotation.

Well that looks like an interesting game… Thanks for sharing

Once I get my system back up and running I should be playing some native and proton/wine games
Here are a few I love.

Ori and the Blind Forest/ Will of the Wisps

Really, If Apex had a native Linux version, or if EAC supported Proton/wine, I’d no longer need windows.