I recently made the switch from Mint to Endeavour. Only problem so far is that VS Code gets stuck on a blank welcome screen. I installed using sudo pacman -S code, and these are my system specifications: https://clbin.com/nbobZ. 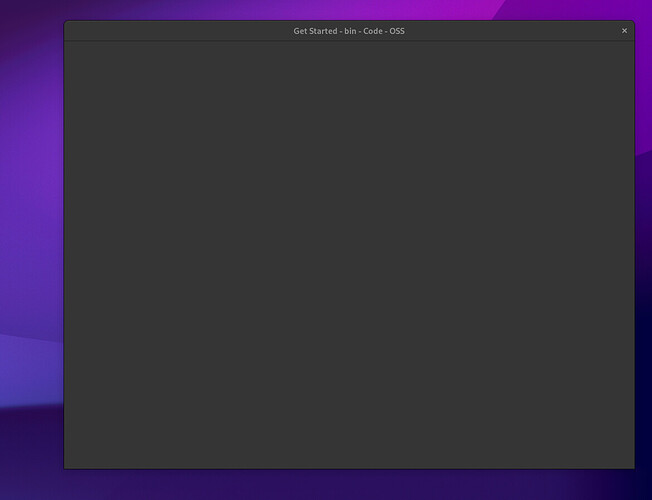 I also tried installing endeavour on my laptop to see if it worked there. My laptop has comparatively similar hardware, except it doesn’t have a NVIDIA GPU. On my laptop it worked out of the box.

This makes me suspect it has something to do with the GPU, however I’ve tested and installed the NVIDIA drivers with no problem so I’m at a loss.

Anyone have any tips?

In AUR it is present as visual-studio-code-bin.

switch from Mint to Endeavour

I had found this in Arch Linux Wiki.

Also, if you want open-source modification of it, then it is present as vscodium-bin .

One more thing, sometimes due to mismatch in version of electron, vscode fails to work.
Full system upgrade is solution for this issue.
Or older version can be temporary workaround for this, until new updates are pushed.

This makes me suspect it has something to do with the GPU, however I’ve tested and installed the NVIDIA drivers with no problem so I’m at a loss.

Some clarification on the different versions.

Do not use snap. For many reasons. On Arch, you can use code as @otherbarry suggested. It’s an open source build and does not have access to MS extension marketplace by default. It uses OpenVSX. But you can configure it to use MS extension marketplace. If you want Vscodium, that is in the AUR. Finally, If you want the proprietary build by MS, use visual-studio-code-bin from AUR.

Thats me minus coffee