Vaults, need some help. How do they work anyway?

Hello gents!
You may be misled by the title, but I have a problem with plasma vaults.
Short story: made a full backup of the home folder - minus the .files and reinstalled EOS and KDE.
When everything was set up, I just realized that I backed up the vaults as folders, but you have to have them mounted and open , to copy the content inside.
Well, I created some mockup vaults in the new EOS installation, then proceed to edit the `~/.config/plasmavaultrc adding the backed up vaults as it follows

well, restarted Plasma and they show up, but I can’t open them 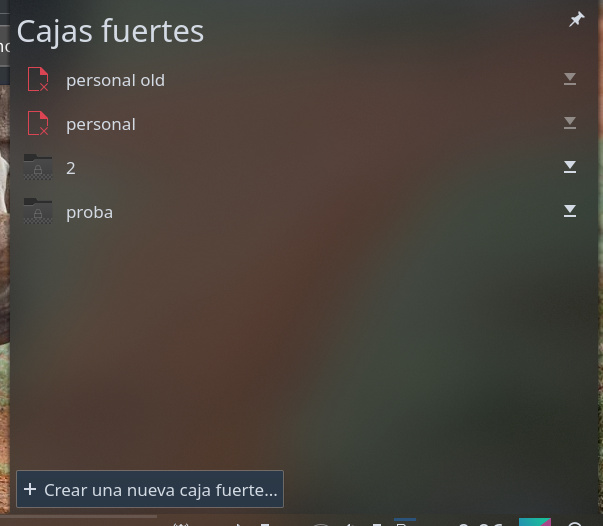 tried different options in the ~/.config/plasmavaultrc , but still unable to mount.
anyone can share some ideas?

I checked fast, are you sure about your myvvault with 2 v ?

The new version KDE Plasma version 5.11 use the Vault, interesting.
Did you tried to mount them directly with the command cryfs ?

A quick and easy introduction into the basic usage of CryFS. CryFS encrypts your Dropbox and protects you against hackers and data leaks. It also works well together with other cloud providers.