After the update to gnome-shell 40.4 the “type to search” box is covered by the top bar/panel. I wondered if it is just me or anyone else is also seeing this. 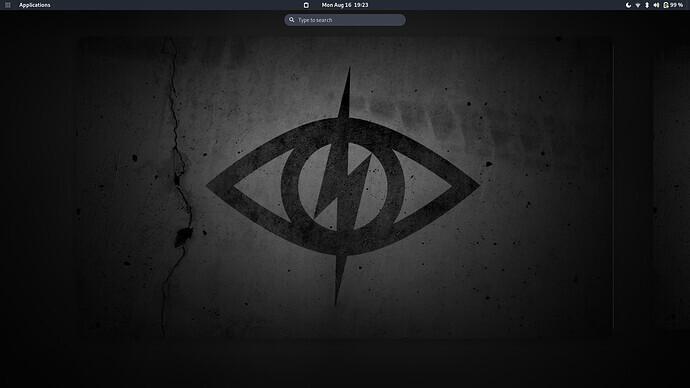 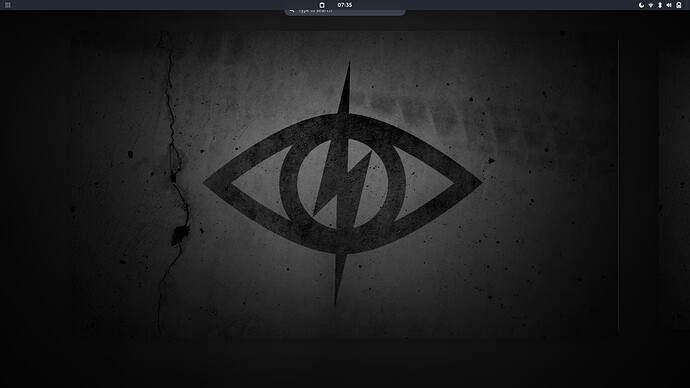 Never mind the post. I use Dash to Panel and that seems to be the culprit. Disabling it, the “type to search” box is visible as it normally would in the overview mode. I guess it is the extension that needs an update then.

Edit: Does anyone using Dash to Panel see this?

Does anyone using Dash to Panel see this?

I use Dash to Panel but I have the panel at the bottom of the screen, so no problem there.

EDIT:
Time to revisit KDE. Maybe I will try KDE and Khronkite

Thanks for posting!
Interesting that you mention this.
I’ve got two Installations with Gnome. In both I have the panel on top.
In one I got the issue described above but no issue with Tic-Tac-Toe icon.
In the other is the other way around! I was going to post about it.
For the moment I have disabled Dash to Panel in the latter.
Perhaps an update to the extension is what is needed for it to catch up.

Maybe I will try KDE and Khronkite

I have been trying KDE for a couple of days. It is undeniably a very capable DE. So perhaps with Krohnkite, who knows…

I have been trying KDE for a couple of days.

About a week or 10 days ago I did some testing for the new ISO and I installed KDE. I had it customized to my liking. But at that time, Gnome was working perfect, so I ended up back on Gnome as it was installed on a newer, faster computer.

This latest snafu might be the straw that broke the camel’s back. So I hooked up the computer with KDE and I am using it now. I am not used to QT oriented apps, so it is now a matter of getting familiar with QT apps. I adjusted to Konsole fairly quickly, and even like the two window ability. I have pretty much got to where I’m OK with KDE native apps except for Kate.

Quickly looking over Kate, I am of the opinion it will be better than Gedit but Kate is the one thing that I have not spent enough time on yet. For now I am treating it like I’m using Gedit and I will pick up the extra goodies as I go along.

Time will tell. At this point I think it will be either KDE or perhaps MATE. MATE is old school as far as looks and feel, but it is rock stable and will do what I need at this point in my life.

I have been playing with gnome on my laptop and it really seems like the extension ecosystem is still not fully functional on gnome 40 which is a little surprising given how long it has been out now. I wonder if Ubuntu getting gnome 40 in a couple of months will drive more compatibility.

Quickly looking over Kate, I am of the opinion it will be better than Gedit but Kate is the one thing that I have not spent enough time on yet. For now I am treating it like I’m using Gedit and I will pick up the extra goodies as I go along.

kate is so much more capable than gedit. I sometimes install it in non-plasma DEs even though it has a lot of dependencies.

Coming from Gnome, I guess there is quite a bit of getting-used-to when it comes to KDE.
To be honest, my computing habits are by far nowhere close to those of a poweruser so I tend to adjust rather rapidly. I might miss one or other feature from another DE but at the end of the day, I could make them work to my liking.

Personally I don’t think I would switch away fully from Gnome. Rather I would like to have several of them to choose from according to my mood in a multi-boot system.

By the way, you mentioned Mate but I came to wonder what your thoughts are about Cinnamon if you were to switch from Gnome.

PS - what I really missed in KDE was the touchpad gestures. Today I spent some time to make it work in KDE. Works OK.

what your thoughts are about Cinnamon

The first computer I used was with AT&T and it was a 300 baud Teletype. No screen, just a box of tractor feed paper. Just a dumb terminal on a main frame type computer I think.

Next was a dumb terminal but with an Amber on Black screen. Wasn’t even 80 characters wide.

So starting in the mid 70’s a long experience of having to adapt to the computer and not the other way around.

So even today with all the customizable DE’s out there, I still tend to adapt to the DE instead of adapting the DE to me. As such, if I was to switch from Gnome then Cinnamon, Mate, Xfce4, would all work for what I do now a days. As long as I can get a dark theme and a panel at the bottom, I am happy. After that, I just go with the flow.

As for Cinnamon specifically, I have used Cinnamon for ARM development. Cinnamon and MATE were two of the more stable DE’s for ARM use. Plus, I have always liked Nemo. So that could work well for me.

That’s quite a story! Fascinating how some of you guys have such a long history in computing. In comparison I am a toddler

. When it comes to Linux, I have been using it on and off for about just a couple of years and just exclusively only recently.

Xfce was the DE I used to use mostly before, then Cinnamon later Gnome. Now I am trying to get acquainted once again with KDE. I tried it some time ago also on ENOS but then came Gnome 40…

I understand your need for stability and choices don’t seem to be lacking. Talking DE:s… I feel almost the urge of doing a new install…with Cinnamon perhaps…again.

If you haven’t already switched away from GNOME, here is the fix to the issue. It solved both my issues previously reported. Hope it works for you as well.

In ~/.local/share/gnome-shell/extensions/dash-to-panel@jderose9.github.com/ replace the overview.js file with a new one that you can download here.

Logout and log back in for the extension to load correctly.

Enjoy your GNOME with Dash to Panel once again!

Thank you. I appreciate the feed back. My Gnome setup is now on the backup computer, and KDE on the daily driver. So, I will fire up the backup and apply the fix in case I go back to Gnome.

Right now I am at the point where I always end up when trying KDE. I am slowly Gnomeizing (sp) KDE to include the GTK apps I can’t do with out. Such as Evolution, gnome-disk-utility, et al. This always seems to escalate. Such as Evolution then requires gnome-keyring, etc, etc. etc.
EDIT
Also, the imported GTK apps for the most part do not pick up the dark theme (Breeze Dark) which is annoying. There is probably a fix for that, but why all the fuss when it is very easy to make Gnome what I want it to be. IF THEY COULD JUST FIX THE GNOME / EXTENSIONS PROBLEM!!!
/EDIT

@pebcak I have to point this out. I am on the forum every day, and I must say you have made giant strides with your Linux expertise as compared to your first days here. Congrats. You may have to change your user name.

You are welcome! I thought you might like to try it since I got the impression that you appreciated your Gnome DE. Unfortunately the extensions may break again at one point or another with some updates to Gnome but fortunately there is is always someone who come up with some fix.

I am slowly Gnomeizing (sp) KDE to include the GTK apps I can’t do with out.

I totally relate to that. I also miss some of these apps that I have grown used to and do like when I use KDE. But testing KDE this time around, I am trying to stay within Plasma “paradigm” as much as possible. Now that my daily driver is back in order, at least for the moment, I just boot up KDE for the sake of the learning experience.

IF THEY COULD JUST FIX THE GNOME / EXTENSIONS PROBLEM!!!

Yes, you could tell that twice. It’s a real pain when you have got everything as you like, just an update brings about some change and ruin your user experience.

@pebcak I have to point this out. I am on the forum every day, and I must say you have made giant strides with your Linux expertise as compared to your first days here. Congrats. You may have to change your user name

Thank you so much! This means a whole lot to me. I hope that one day I could reach a level of proficiency in things Linux that I can be of some help for the new beginners like I have been myself and still am in many regards. In truth, I am indebted to many people that I have come across during my Linux journey who have kindly and generously shared their knowledge with me. Some of whom in this very forum. Thank you to you all!