Hello,
I don’t know if it is the right forum section, hear me out.
I am in the process of converting some POS computers from W10 to ZorinOS (don’t ask).
Well, everything nice and dandy, as the POS software is cloud based and relies on a browsers and a database -Odoo.
Trouble is, sometimes the touchscreen acts up and corners are not responding or glitches
While the POS ran W10, there was a touchscreen software, which calibrate the touch points and that solved every time those issue.
Now, anyone knows or used something to calibrate the touch screen, under Linux.
I know that there is software developed for Android, but couldn’t quite find exactly the software.
Can someone chime in? 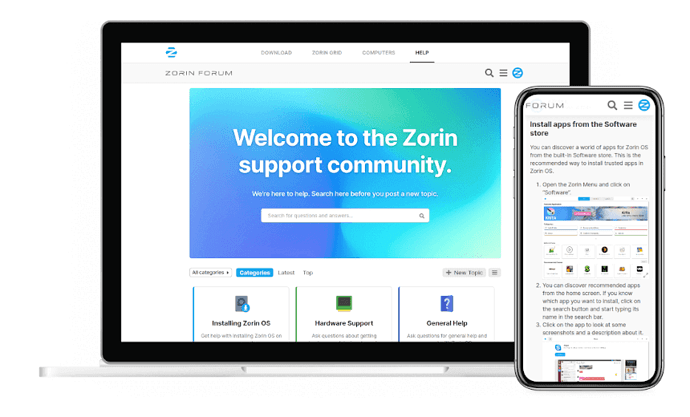 Get support for Zorin OS and other Zorin products from the community.

A powerful operating system designed to make your computer faster, more secure and easier to use.

Maybe send some money their way if you’re using their OS for business purposes?

For sure, that’s the main idea.
We need something similar to Windows, just to have employees quickly adapted to the desktop and basic stuff.
However, deploying a lot of Windows computers implies a domain, Window Server/Azure, WDS and group policies.
Zorin promises the release of Zorin Grid, making administrative task a lot easier. Something like Ansible Tower from RedHat. Even that they fail to deliver, most of the administration can be made with Puppet/Ansible.
So that’s why we choose Linux as a foundation, having a modern desktop on top of it and additional business software that we are more willing to pay - way more cheaper than MS alternative.
In all of my personal computers I run EOS. But in production environment, I choose the more beaten path.