If you go for an online install, I guess the closest thing you get to an install “by default” is to add the packages you want to the user_pkgfile before starting the installer. But that would be only for the packages in the repos.

I’m just going to chime in here seeing that i am one of those users with limited experience with both timeshift and snapper and overall with btrfs fs. I use btrfs and am able to install it and set up snapper and or timeshift with btrfs. With the Calamares installer it makes it pretty easy to accomplish. I think it would be handy to have a couple of tutorials to install EOS with btrfs and timeshift and also snapper that just explains what is needed to accomplish this. With snapper there is a number of different set ups and now having btrfs-assistant this also makes it a lot simpler. Would be nice for those who lack the knowledge and understanding. It would be great to have some basic commands for btrfs that helps with understanding the structure and also maintenance so a user knows how to use those commands to check things when there is a problem or just wants to verify something. I don’t have the experience, knowledge or expertise but i think this would be more helpful than adding these packages as default. Then a user can just install the packages and know what to do to configure it if necessary.

After installation I only want to have to install packages, never uninstall.

I think it would be handy to have a couple of tutorials to install EOS with btrfs and timeshift and also snapper that just explains what is needed to accomplish this.

Now you have a project for the weekend!

And if you have any btrfs questions, I know @dalto could giev you plenty of answers. Perhaps even the two of your could create a new tutorial for EndeavourOS on somethings relative to this topic and we can just post a link to it for easier, more streamlined discussion. Just a thought

I was hoping @pebcak would jump all over it. He knows more than i do about btrfs. I’m just a noob.

Edit: There are some tutorials on btrfs but there are numerous options.

Here is a nice one @mcury posted some time ago:

The instructions below are for BTRFS filesystem, snapper usage for snapshots management, and snapper-rollback. Intended for single disk only which means no RAID instructions. Requirements, you need to have the Snapper suggested filesystem layout, more info link below: https://wiki.archlinux.org/title/Snapper#Suggested_filesystem_layout In the Live USB, do the following: Add subvolume @snapshots to mount.conf edit /etc/calamares/modules/mount.conf Add these to the end of the file: (Mak…

When it comes to default programs, a more important question is:

Why Frogatto and Friends (a version that actually works) isn’t shipped by default?

It’s not supposed to be funny.

We tend not to add things that will be needing removal by many users of our system - even those who prefer a Timeshift-like solution might be better served with snapper, for instance - and there are all those who don’t use btrfs, and would find Timeshift a very limited (and slow!) utility. In rsync mode, it cannot handle more than 1 partition to sync to, making it nearly useless to a multi-boot setup (with multi-Linux, anyway).

Another alternative, assuming that your main problem is updates gone wrong, is to use the Arch Archive resources - and we have an EndeavourOS tool for that (eos-shifttime).

There has been a conscious decision not to end up like Arco Linux (which, for learning reasons includes everything someone can think of, including multiples of several tool types (Atom, Geany, Sublime text for example)) and so we will help anyone who asks get the tools they need up and working, without loading down the rest.

The same reason many other applications aren’t shipped by default.

EndeavourOS is a minimal system where you can install whatever you like.

Makes sense in general like not shipping an office suite but Timeshift is a backup program. Shipping it (possibly preconfigured, BTRFS mode if available and rsync if not) would save users and forum mods a lot of time. Snapper requires BTRFS but Timeshift doesn’t so shipping Timeshift looks like the right approach

Also most people don’t understand the importance of backups until they need them.

but Timeshift is a backup program

It really isn’t. It is a snapshot tool intended for system recovery.

Shipping it (possibly preconfigured, BTRFS mode if available and rsync if not) would save users and forum mods a lot of time.

It would create just as many problems as it solves.

Default software is a no-win situation.

Default software is a no-win situation.

I wonder if we should create a community edition called EOS-BLOAT Edition with all the ‘good ideas’ implemented from the get go? Just think, at least 6 each of browsers and text editors (both vim and emacs based as well) - along with 4 or 5 backup programs and timemshift and snapper and GUIS for all of it!

I’m not sure we could talk anyone into maintaining it, though!

This is my vote for the Distro Logo 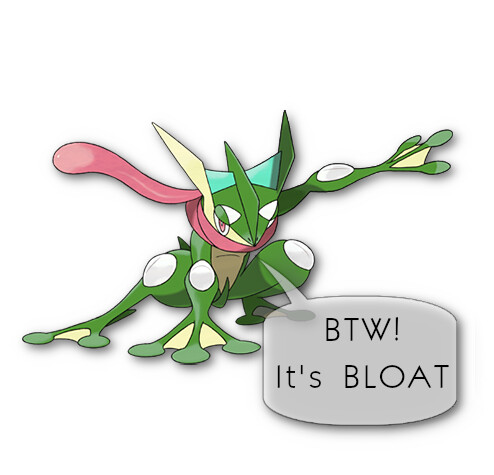 The same argument can be made for Frogatto and Friends.

The same argument can be made for Frogatto and Friends.

That people don’t understand the importance of a frog-based game until…?

Never tried this game. Now will look into download and play. Available in AUR?