10 Fascinating Facts About Lunch Atop A Skyscraper

The 11 men were a symbol of hard work and hope during the Great Depression.

Damn second link won’t work. At any rate apparently why yes yes they were drinking alcohol…

If you want to read the article just search hartford currant who is the last man on girder.

I’m sure it was only water in that bottle

Brazenly drinking bootleg whiskey while at work on a dangerous job during Prohibition.

(If you inspect the huge version of the image that I posted above, it appears to me that the bottle is empty - maybe it was just a prop, but I kinda suspect that it was consumed

Thanks for the high res-picture @anon3337769. First time I hit a webp file and none of my KDE apps seem to be able to deal with it? Does anyone know what package/library I might be missing?
Cli, (cwebp) works…

Gwenview opens it to me, i don’t recall installing anything additional…

Hm, interesting. I get this from Gwenview:

I also can’t see wepb listed in the supported file formats in KolourPaint which made me think I may simple be missing a library.

Firefox works fine…looks like this is something bigger though, I will do a bit of research before further derailing this thread.

See whether you have the package qt5-imageformats installed:

If it is not installed, install it with:

Gwenview needs that optional dependency to display some image formats, like tiff and webp.

To see other optional dependencies for Gwenview, run:

Bingo! Installed and worked right away! Thanks a lot…

Here’s something Interesting; when I use Chrome, that link results in a jpg file.

In Firefox, though, it’s a webp.

@Tomz
Bit late a reply ,
nothing missing just a new different format , I do know Gimp will open webp files then can export as a PNG file so other apps can use image.
ps if saving to jpg save at 100% yeah wastes harddrive space but gives good quality , no loss .

I have a bottle like that, it says Devils Island /n Endurance Gin. 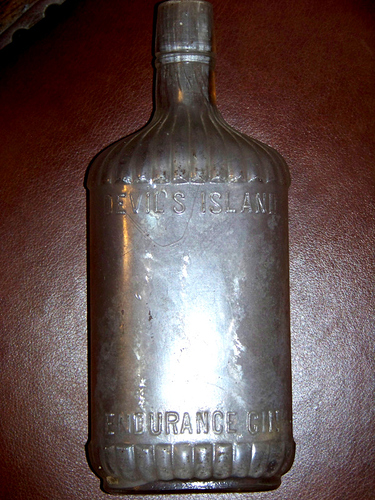 Sorry for the late reply. When I worked for a German-owned bus manufacturer (NeoPlan) in Lamar, Colorado, I learned there’s a special holiday for high-steel workers. I enjoyed working for them very much. Their craftmanship is beyond reproach.

I’m assuming this would be the same for ristretto? I have the same issue with wepb image files.

I do a pacman -Q qt5-imageformats

I get error: package ‘qt5-imageformats’ was not found

so its missing, would a sudo pacman -S qt5-imageformats work if I’m using ristretto?

I don’t think it will work, but no harm in trying it.