The Apollo release has landed 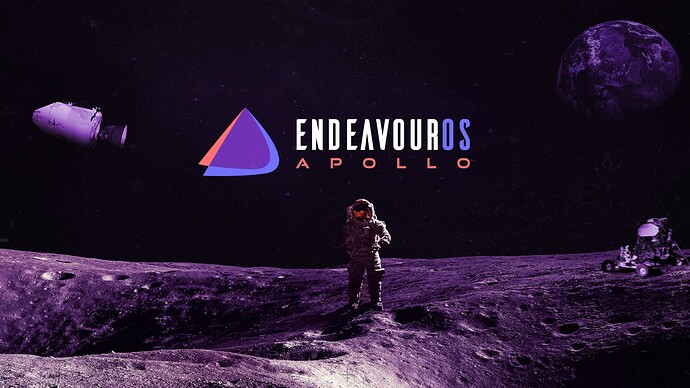 Time flies when you’re having fun and that certainly goes for developing this main release, so in a way, I am sort of apologizing for the longer wait than we initially promised you.

The ISO development team and the community editions team have been working very hard to improve the EndeavourOS installation experience for a newly installed system. Perhaps needless to say but once installed, EndeavourOS keeps rolling, so existing users don’t have to install Apollo. 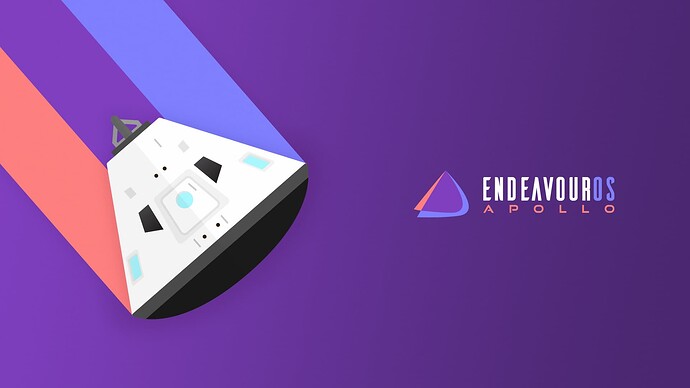 This release has some new features on the ISO and after installation, we are very excited to share them with you.

New features and fixes on the ISO:

New features and fixes on the installed system:

worm-perfect1920×1076 73.1 KB
This release is also shipping with a brand-new Window Manager developed by our community editions team member Codic12 and we are more than proud to present you this WM that was developed a little bit under our wing.

Codic12 decided to develop this WM to satisfy his need for a lightweight window manager that worked well with both floating and tiling modes and had window decorations with minimise, maximise and close buttons in any layout desired and that could run on a semi-embedded system like the PIZero.

Worm is written in Nim and is based on X11, a Wayland version isn’t in the pipeline in the near future, according to him.

It does implement most of the important bits of the EWMH and ICCCM specifications, so most applications should run just fine, and if they don’t, please feel free to report a bug, so he can try to fix it.

We’ll hope you will enjoy the Apollo release, to download the ISO just visit our download page.

now as two already gone to translate this i try that too:

thanks to @agahemir (Emir) from telegram chat for the translation I only post it for him. 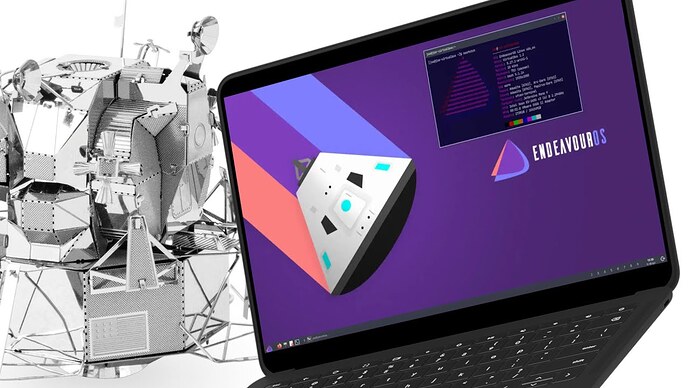 EndeavourOS is still one of the very best Arch based Linux distros out there! Set up your own Linux server with LINODE : http://www.linode.com/techhut $100 - 60 day credit on new Linode accounts for TechHut viewers. Checkout what's new:...

I case you missed them there were a few more Apollo themed wallpapers added to the community folder, use the welcom app. To grab them! [image]

EndeavourOS Apollo lands as the newest ISO snapshot of this Arch Linux-based GNU/Linux distribution for the masses with many improvements.

Finally a distro that has cured my distro hopping. It is very fast on this 10 year old laptop (XFCE w/Zen kernel). Awesome job dev team… keep up the great work!

Thank you it’s good to be here.

Romanian translation is on Lansarea Apollo a aterizat

@Bryanpwo Sorry for being late to the party, very busy work schedule and some personal issues. But better late than never.
No promise, but if they raise my income after the launching this project at work, I can up my monthly contribution. For now it stays as it is.