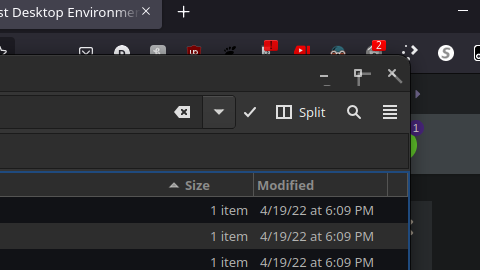 I installed Gnome and KDE as my DE when doing the initial install. I did the full install of gnome myself afterwords to see if that would fix it, I also followed this https://wiki.archlinux.org/title/Uniform_look_for_Qt_and_GTK_applications I’m using a custom them (Yaru Purple Dark) but I really don’t want to have to give that up.

What kind of work do you do that requires GNOME?

I dont’t think you will be able to use the yaru theme on qt apps. See the archwiki on how to run these in non kde environments:

How do I set an enviornment variable? Is that the one where you put it in the >>~/.profile?

Nevermind it does this now 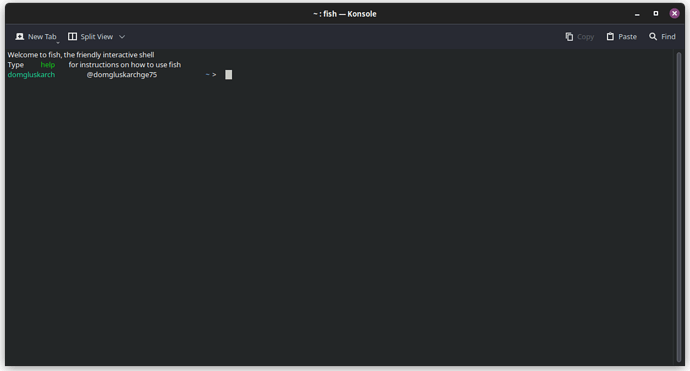 Huh. That’s a first for me. I’ve never heard of gnome as a college requirement. Where do you go to university?? That’s wild.

I’ve never heard of gnome as a college requirement

Well hell yeah, nowadays the universities force you to use Linux and a DE! I think that would be a nice problem to have. Rather than being forced to use zoom or MS teams, Ms office…

Better it be KDE if you want to get some work done.

Better it be KDE if you want to get some work done.

Depends, gnome uses extensions that break, and hence force the user to keep tweaking to a minimum = more focus?

Btw I have been using gnome for a couple of weeks but the workflow is weird. I am torn between using the keyboard and the mouse/touchpad. I think my problem is that I got used too much to i3wm.

I haven’t been able to get past installing Gnome. I have no idea what extensions i need or should use and or why. It’s a no go for me…

what extensions i need or should use and or why.

In principle none. The less the better

I wish it just had normal packages to install. I wish it worked differently. I don’t like the way it works.

That’s ok, definitely not for everyone.

That’s it. Everything else is good to go.

For me it Gnome was a huge cat and mouse game. Gnome would come out with a new version that would remove a feature I liked(they have to be the only DE I have ever seen that keeps taking features away instead of giving them). Someone would make an extension giving me back that feature, a new Gnome version comes out breaks that extension and takes away another feature causing the need to have yet another extension.

That being said I would love if someone cloned the app dashboard(or whatever they call it in gnome) because I like it more than the closest counterpart for KDE but the rest of the features they keep ripping out for no reason made it frustrating for me. I do like the way Pop_os has it settup though but I don’t like ubuntu based distros enough to use it.

I do like the way Pop_os has it settup though but I don’t like ubuntu based distros enough to use it.

Exactly … this another one of my turn offs. Ubuntu!