I read many topics which are listed by the OP as “solved” by so-and-so in Post No. X but these topics are often not marked as “solved” in the title.

Once selected, the option would automatically edit the title to feature [SOLVED] ahead of the title’s name.

Could this be done and do others (especially the administrators and moderators) think that such an option would be worthwhile?

Prepending text was requested of the Discourse “Solution” plugin author but they didn’t see the value of it as a feature. 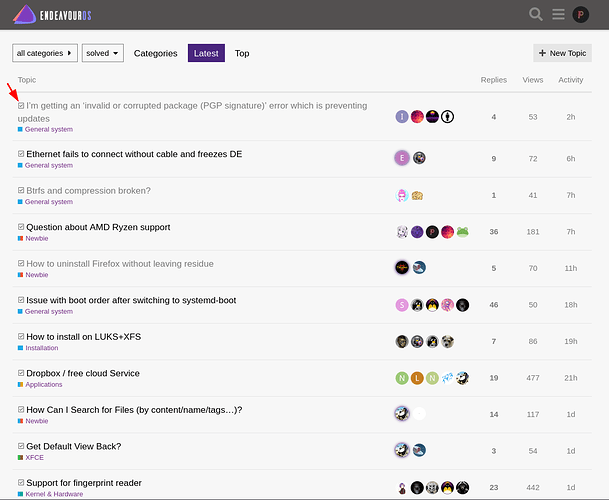