[solved] How to install in Virtualbox?

I have been trying to install Endeavor with Deepin as a desktop, but I have not succeeded, something I am doing wrong.
I bring some screenshots to show what I do and that you can see better where my mistake is. Thank you for any indication in this regard.
Endeavor / iso is in downloads, ‘downloads’. 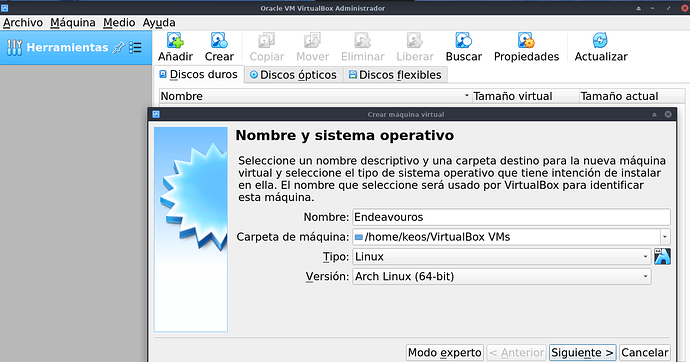 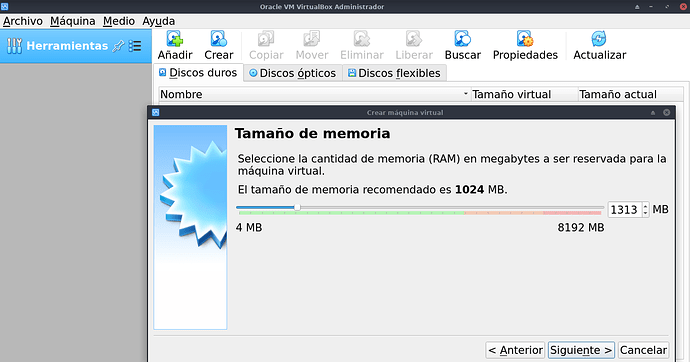 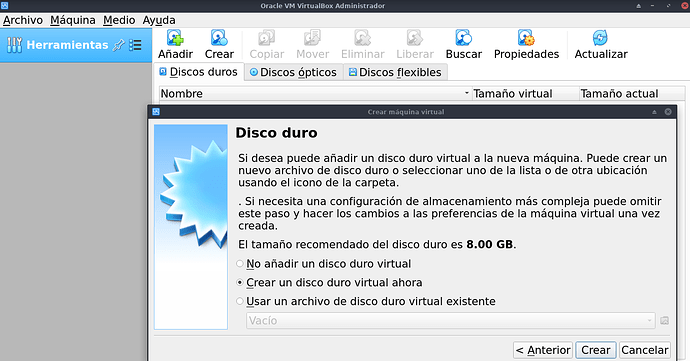 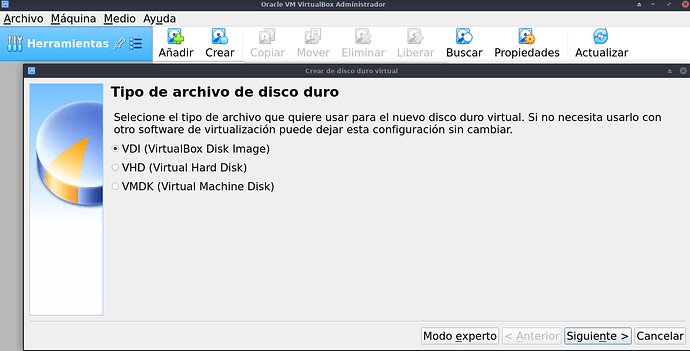 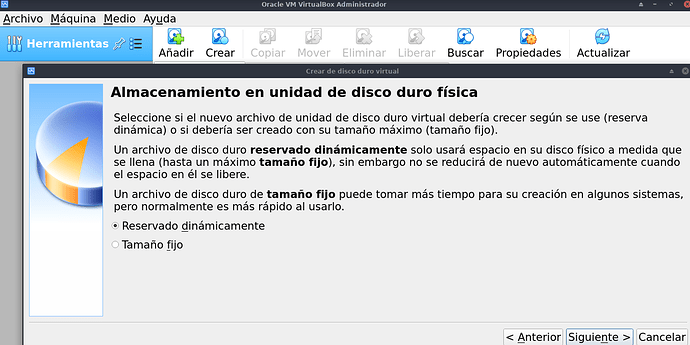 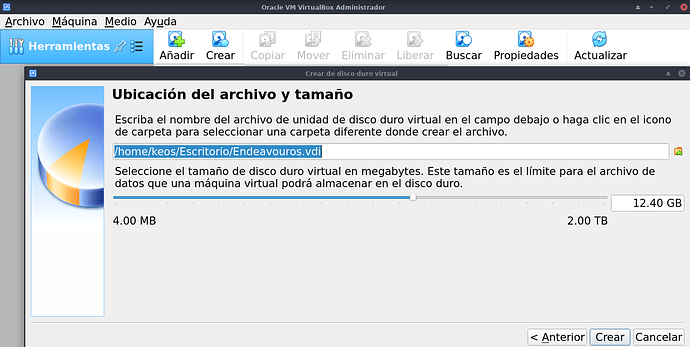 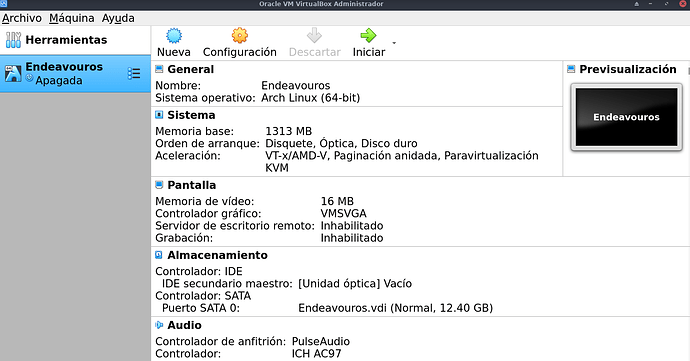 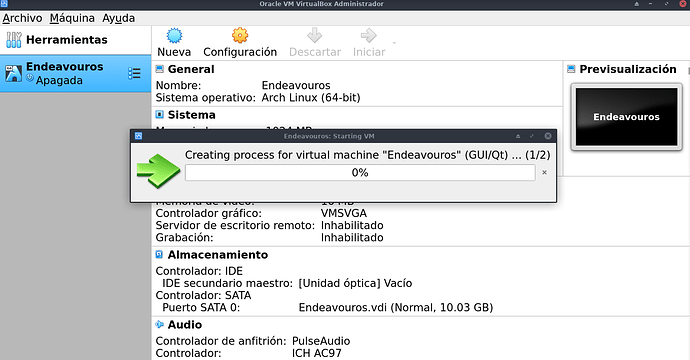 You need to add the ISO.

Hint: Deepin DE based on Qt5. You have to admit something more

The iso is there but it does not appear is that capture (?). 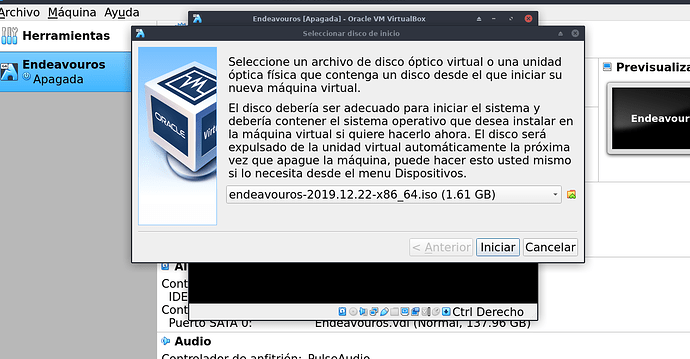 I don’t think I understand what you are saying so I just moved the arrows a little more to the right, I can only follow the instructions of the Virtualbox windows, I don’t see what you indicate …
Again, the installation froze.

Again, one more time … and again what is coming is Xfce4:

I can’t follow your instruction, neither the recomendation from Virtualbox or the tuto at Endeavouros … so 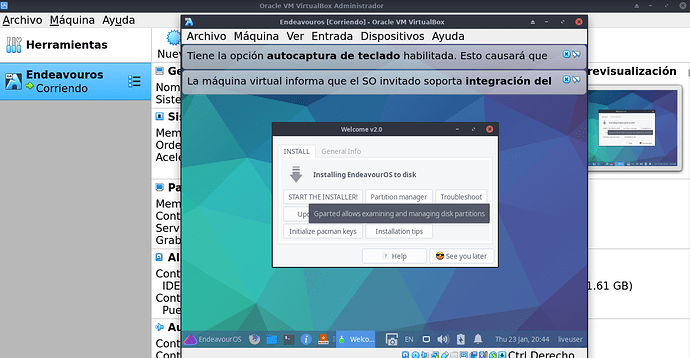 virtualbox is to experiment @keos while your system is in save.

first it ask to install to the system while you can choose offline and online, by choosing the online you install a selected desktop after it if it reboots back in the iso you have to in settings to remove the iso because it it reboots in it , it wont help…

or pick option to reboot in current disk if there is a option.

first is to learn how it works its more friendly also for your system.

other VM’s is not so harddisk friendly because it reservate amount of space of your disk, vbox also but not so big as other vm’s.

That was part of the problem since yesterday i’m trying to reboot bu it refuse to reboot it is going back to the first option.

What do you think about to remove endeavouros from where i created it during the process ?(there is a carpet at download)

but what makes us confused, did you used the installer ? because for our view it looks you rebooted into the iso.

Endeavouros loads standard in Xfce does not any other desktops on the iso… there is the 1.6gb iso to small for that otherwise you had a iso round 3gb i think… or bit less… i asume…

but as i see, is the welcome with install, normal after install it show other screen of install.

there is some miscommunication i feel.

Of course it is the Wellcome who is installin the system. tell me if it is good idea to remove that carpet …

i don’t understand basicly , what you mean by that carpet…

This is crazy, it is simply incredible and inconceivable to me, the system has apparently been there many times, only that in the first option it does nothing but it is in the third option in which you have to click to boot. … 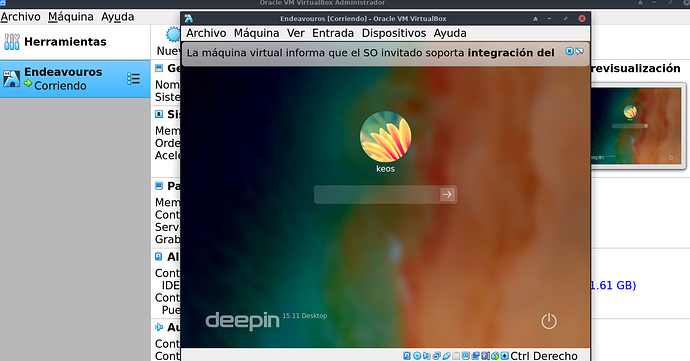 I should have said in the second option: 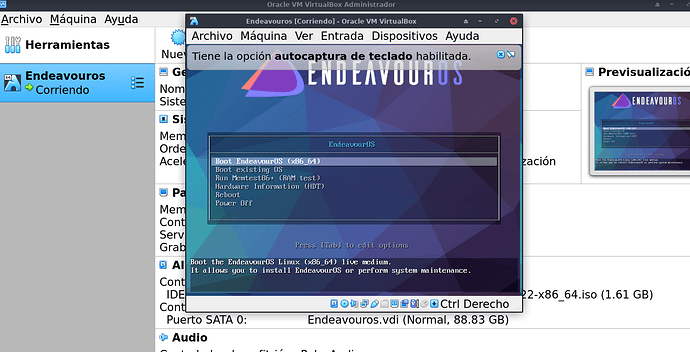 ok that means, you setup the iso to install…

but somehow it does not remove the iso basicly so you keep booting intoo the iso.
of you look into the settings of virtualbox and looking from up to down you see your disk you ahve to select the iso and look for the remove option then you can go freely bootin to the deepin.

but first step to explore vbox , there is even a simulation for NVME, become very handy because you have a nvme drive… currently in your vbox instal simulate the sata drive. but thats for another dat

Any way i will try again tomorrow to install the system, i want to be sure that i’m undesrtanding what i’m doing … i was basically following the instructions of virtualbox.

The problem is that i never considered the obvious, that the existing system is Deepin!!.

*I return to the subject for clarification, all the difficulty was in my lack of attention to the last step, the application is very good.
I thought it was a tiger when in fact it’s a nice cat.
I installed the system again … All I did now was simply follow the instructions in the Virtualbox windows and everything ran smoothly. Thanks.