Thanks for replying, its appreciated, however my question was directed at nolltillit.

I agree this is hard to notice who’s replying to whom in this forum software.

hard to notice who’s replying to whom

You get a notification when someone answers you or makes a @Endlich! Or at the PM.

If you’re new, it could be a simple mistake to make in assuming that the post after yours is a reply to you.

@OdiousImp pls read ! It important if you want usb boot

The people over at Archlinux Arm have been putting out some really great enhancements lately. Kudos to everyone involved with this. One of the enhancements is the ability to boot from a USB device. Another is linux-raspberrypi4 5.10.16-3 mainline kernel. So today was spent playing with booting from a USB device. It culminated in a new version of the image installer. EDIT: In order to boot a RPi 4b or 400 from a USB device, the onboard eeprom must have the latest version of firmware. See…

Post no 3 from @Pudge must read and check. Oh welcome to the fun

. Need to see what theyve done!

The main difference is the keyboard + slightly faster CPU.

First Pi unfornately! Pudge knows all about the difference!

Got a Pi 4GB over a year ago…Will slap EOS the coming month onto it.

Today I purchased this spiffy SPÜLBÜRSTE! I said: why not? What’s the point of having money, if you don’t spend it, right? I was quite a bargain, too: I got it for 5 kuna, which – for those unfamiliar with Croatian currency – is just slightly under one American petrodollar, or about 0.00039 ounces of gold. Yes, for a magnificient SPÜLBÜRSTE like this! The fools who sold it to me had no clue that I was more than willing to pay ten times as much for this fine specimen! Their loss, haha!

Now, you might be asking: “but what is a SPÜLBÜRSTE?”… Well, to tell you the truth, I haven’t the foggiest idea what this thing is or what it’s used for. The label that came with this mysterious artefact had only this cryptic inscription on it: SPÜLBÜRSTE, and nothing more. If I were to make a guess, I would say it has something to do with bürsting spüls, but that is far outside my area of expertise. I just knew, the instant I saw it, that I had to acquire it. I can’t quite put it to words, but there is something about it… something about its general ａｅｓｔｈｅｔｉｃ, that makes it quite appealing… Irresistible, even.

Here is a photo: 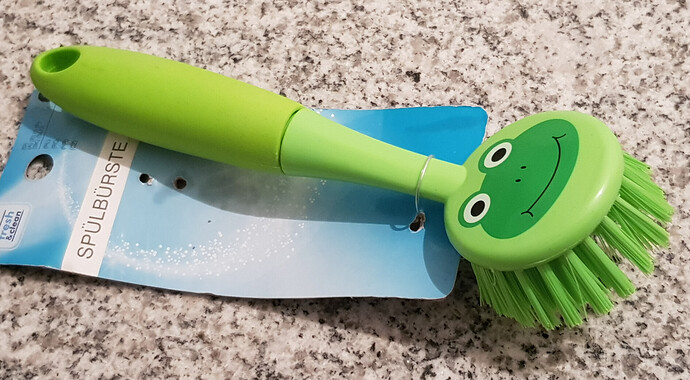 The photo hardly does it justice, it looks much more impressive in person. The craftsmanship is superb! From the markings on the side, as well as from its subtle scent, a keen observer can tell that it was injection moulded from the finest chinesium-enriched plastique (a fairly skookum build, too). To say that I am happy with the purchase is a great understatement! 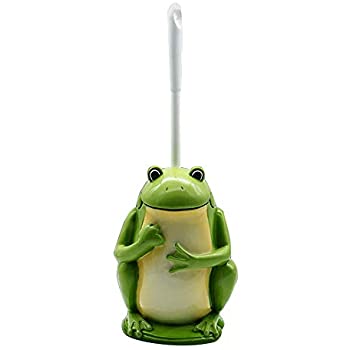 That’s one heck of a nightmarish Lovecraftian/Cthulu-esque frog creature… thousands of insect-like legs, a long abdomen or tail like a scorpion. And a smiling frog face.

Yes, I’m glad you noticed it, too! Maybe it’s difficult to tell from the photo, but there definitely is a strange glyph on it, that (when viewed from a certain angle) looks a bit like a frog. What a mysterious object…

Well, if I suddenly go missing, it might be related to this…

Here is something which might make a great complement to your purchase.

it does sound arcane, but that’s German for you.

A stock snus! No idea how to write it in English. 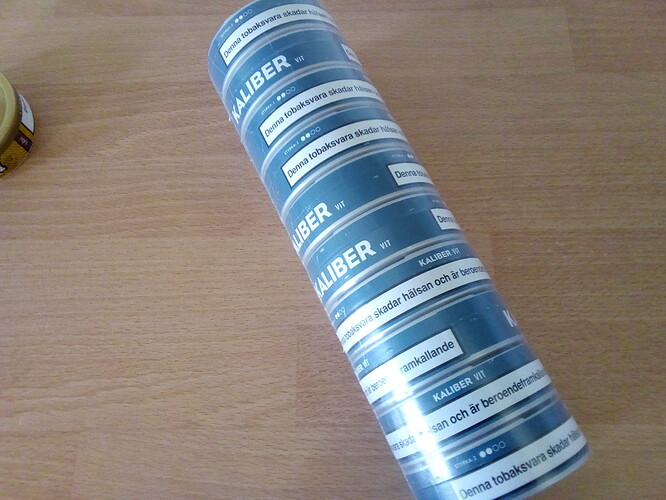 I usually buy a couple of stockar snus. There was no more. Coming through Easter on it anyway!

No idea how to write it in English.

Snuff is a smokeless tobacco made from ground or pulverised tobacco leaves. It is inhaled or "snuffed" into the nasal cavity, delivering a swift hit of nicotine and a lasting flavoured scent (especially if flavouring has been blended with the tobacco). Traditionally, it is sniffed or inhaled lightly after a pinch of snuff is either placed onto the back surface of the hand, held pinched between thumb and index finger, or held by a specially made "snuffing" device. Snuff originated in the Americas...