solutions not questions, user is on debian now

I have Endeavouros running in Virtualbox, so can always try things

dontTarSelf.Patch…Failed
Error: one or more files did not pass the validity check
Error downloading sources: Firestorm

So…the fairly awesome thing about that error is that the patch that is failing the validity check isn’t even used. It is commented out. If you remove it from the PKGBUILD there shouldn’t be a problem.

I have it building now, I will let you know if it completes successfully.

Thanks dalto, much appreciated.

The problem is reported in september already:
https://aur.archlinux.org/packages/firestorm/

I’m just building firestorm-nightly, and it goes much further than firestorm.
Build is not complete yet…

I am at about 60% on firestorm but I am building on a single core in a VM so it is fairly slow.

here broe it off, reason some build space

and not in vm…hmm nevermind

I got it to build but the install failed.

The package() function probably needs to be redone to match the current release.

There is a difference in Second life and so called Opensim grids. For Second Life both latest versions (Firestorm 6.3.2 and Singularityviewer 1.8.9.8338) work fine. The problem is opensim, for that I need older versions of the viewer, and they dont work properly in Arch.

The problem is opensim, for that I need older versions of the viewer, and they dont work properly in Arch.

What version of Firestorm do you need for that?

there also comes a time that older dont work , since its based on older 2.7 python so newer must come in

Well, I got both to work, finally, with some work around, it doesn’t work perfectly, but I can login with the viewers, and that is the most important thing. There are some more viewers existing, which are not in the aur, will test them out too.

So maybe it is not a Goodbye after all, might consider of re-installing Endeavouros again tomorrow.

I have re-installed Endeavouros, and Firestorm version 6.0.2, which I got from the viewers website, works fine for now in Opensim.

Showing my own virtual venue place, just in case you are interested 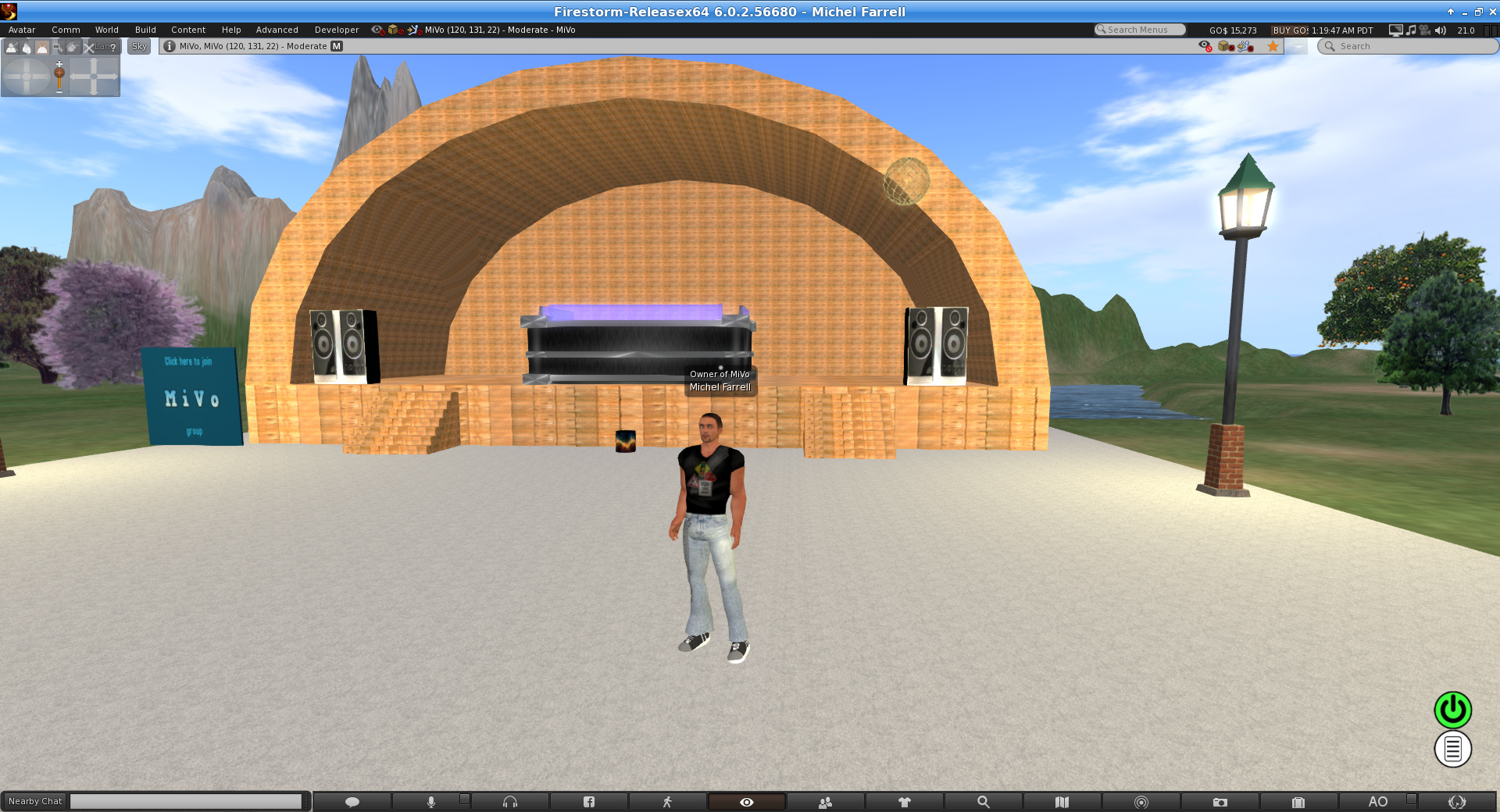 I’m glad to hear your staying, I run three Distros, EndeavourOS, Debian and Slint (based on Slackware).

I switched from Arch to EndeavourOS because even though I’ve installed Arch about 10 times, it’s still tedious, EndeavourOS is much easier to install.

Debian has many more command line programs and it’s easy to get espeak, espeakup and speech-dispatcher working in console which is necessary for might visually impaired users.

I think I got Arch speaking but I haven’t gotten EndeavourOS speaking in console with no graphics running.

Slint has a very committed developer who is working very hard to get blind users the programs they need and ORCA working in MATE Desktop. See http:/slint.fr

Stay around, this is a very helpful group.

4 posts were split to a new topic: Broken update packages

Almost a week ago that I wanted to say goodbye, and now I am still running it without any problems the last days, on 2 pc’s and 1 laptop. I don’t know if this topic is still valid.