I recently installed some Deepin applications, such as deepin-screen-recorder on EndeavouOS with gnome 42 and now, after testing, I cannot remove it, as the following error message appears: 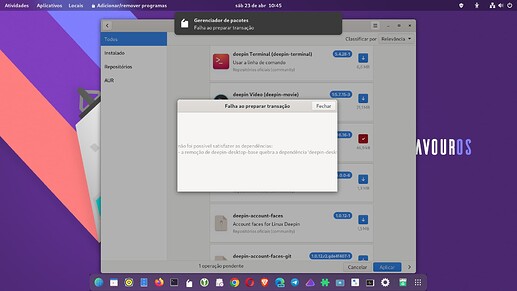 Can anyone help me to remove this for good?

If you just want to remove that one application and the things that are blocking it’s removal.

If you want everything deepin-related gone. 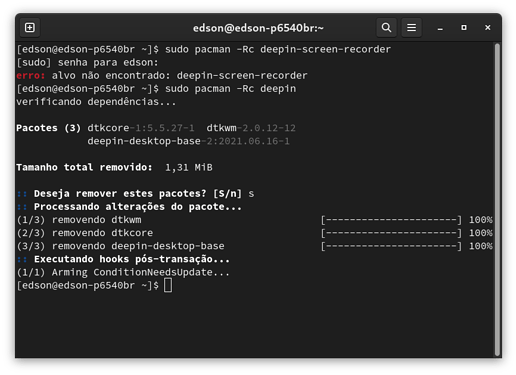