Hi,
I was looking for a new keyboard (this time I want to try a mechanical one) what baffles me is how popular are 60% keyboards - those without numpad, navigation keys and F-keys.
Does anyone here have an experience with them? How practical are they?

I can understand lack of F-keys and numpad. After all that’s common for a lot of laptops. But I can’t imagine how good is it without arrow keys and PgUp, PgDown, …
Do you use vim-like text navigation or is there some trick (sorcery

Surprisingly there are even some layouts without top number row. That must be totaly useless, no?

I guess the primary role for such keyboards are special purpose setups like simulator games with dual joystick setups. You would like to have the keyboard right between the joysticks for ergonomics.

Interesting theory but frankly most pictures I have seen indicate there are probably more “ricers” than there are pilots.

Oh it gets way more complicated then that

Many people like to be able to choose their own switches. A friend just ordered this:

Introducing the all new GMMK "White Ice" Edition. Give your battlestation an icy-clean upgrade with this stunning new colorway. Featuring a matte...

At least that still has arrrow keys.

It even has a volume control knob.

At least that one still looks useable

Although, I’m probably not the right person to make such comments, since I’ve actually never used a 60% keyboard.

Does the Commodore 64 count?

It had only 2 cursor keys, no num pad, nor most other keys (only 4 F-keys if I remember right)…

Imho they’re popular, because they look good to most people or they think it gives off the vibe of a tech-savvy person, especially if you buy a blank 60%.

Outside of desk space, there is no real advantage to them. They’re simply a reduced keyboard for hobbyists. It doesn’t impede gaming, regular browsing or people who just don’t use those “extra” keys, so if they find one attractive, why not?

Other than that, it’s about what Elloquin said, choosing your own switches, building your own keyboard, etc. – it’s all a little world on its own and an interesting dive if you want to personalize your typing experience with something mechanical. My expertise ends here though, since I’m happy with my condom caps on my bargain bin supermarket keyboard.

I’m happy with my condom caps on my bargain bin supermarket keyboard.

I am happy with my Fujitsu KB900 as well but after a few years it’s just harder to press some buttons. Especially A because I don’t have that much strenght it that finger. So that’s the reason why I wanted to try something new.

Those small keyboard look nice but I need something that is functional as well. Sadly, I can’t find a decent supplier for my country.

I am happy with my Fujitsu KB900 as well but after a few years it’s just harder to press some buttons.

There’s some switches for mechanical keyboards that are extra light (and quiet, I think??), but I’m not sure which. Someone with experience might need to chime in or some research might be in order. It’s called actuation force I believe.

I picked up a stupid cheap numpad for my wife’s laptop, and it’s surprising how useable it is (cost $3!!) so I could survive without the numpad at a pinch… but I don’t see why (I guess I don’t need my mouse too close… but I really hate typing numbers and using a calculator on the keyboard).

But for a keyboard, on the cheap, it was a logi mk345 - I like full size even with the numpad lopped off. From my older one (k270) I think it’ll be good for maybe 2 years.

I have a k400 media keyboard with a trackpad - but that’s only for PLEX really… and as I use lots of shortcuts - so I need the full size for my menu keys, ctl/alt etc.

I’m surprised that so many mech boards seem to be aimed at gamers and lose the keys. I still kind of wish I’d picked up the Microsoft keyboard with a dozen extra keys around the top and sides - I had to program my pause/break key to switch the fx-swap on/off but that takes 6 seconds to complete for some reason, so it’s not feasible to have media keys AND F keys available at the same time.

Hint - mouse gestures are good for F keys too

so I can draw a ‘4’ to pull up the terminal in dolphin and a ‘9’ to show/hide the sidebar.

I was quite interested to see that someone brought out a touchpad/numpad combination - best of both worlds I guess, but I’m still not much of a touchpad fan.

compact754×355 35.1 KB
This is a painfully compact as I’d go I think… but I don’t like that ENTER key, losing my familiar |\ key would hurt… but it’s about right (I use basic US international layout, though I’m English it’s just not a big thing around the world).

Don’t you just love the way they put ‘WIN’ on the meta key? Do you get a guaranteed prize when you hit that?

Sorry for the lousy pic - can’t determine if the fault is my phone or me! 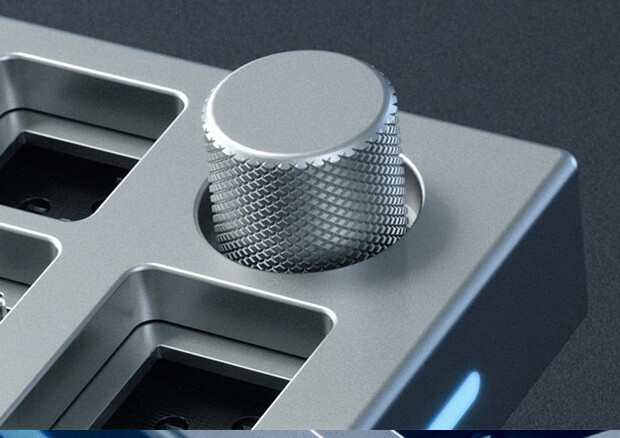 It sure is tempting.

If only it could work as a small joystick as well then you would not need a mouse.

That’s just ISO layout. Most people here would tell you that exactly how a keyboard should look like. You have your familiar | next to left shift. It’s almost the same, right?

Most mechanical keyboard come in ANSI layout though.

Don’t you just love the way they put ‘WIN’ on the meta key? Do you get a guaranteed prize when you hit that?

Is that a gaming keyboard. Maybe that’s aimbot on/off button - an instant win.

This may be slightly off topic, but I’m looking for a super-sized keyboard… Mechanical, very heavy (potentially a lethal blunt weapon), with as many keys as possible, ideally over 200

Reproduction of the deadliest keyboard of all time…the old IBM ones.

I’ve used a 60% keyboard at work, one of my devs likes them and has one. I despised every second of it, as I REALLY rely on F-keys, and never realized just how much I do so.

Nice, but too small.

This looks better, but I’d like it to be even bigger: