repost because I forgot to censor a username that contained profanity.

Back in 2019, a user on the subreddit named u/deepF-wordValue noticed large amounts of hedge funds lowering stock prices of GME(Game Stock) BB(BlackBerry), and others.

To stick a middle finger to the corporations that manipulate the stock market, leaving hundreds to be left on the wayside, u/deepF-wordValue went all-in on GME. People said he was crazy, but this is r/WallStreetBets. People started to chuck in on the scheme. 2 years later to today. GME has increased or 1000%, u/deepF-wordValue made over 40million dollars, and Melvin Capital has up to today to pay back their hedge funds and will go bankrupt with the absurd price hike of GME.

Now, many news outlets and investment firms are trying to take back control. Creating false accusations, claiming r/wallStreetBest were nazis or whatever, or Robinhood blocking all users from buying GME and other similar stocks at all.

I’ve been watching from the sidelines, rooting for the big corps to fall. It’s one helluva rollercoaster and thought you guys should probably know about it.

People are now filing class-action lawsuits against Robinhood and the likes.
2021is gonna be a mother wild ride so be prepared.

Stay safe all and have a fantastic day.

They didnt break the stock market. It was used as designed. Hedge fund managers do us like that EVERY day. This time though people stood up the the market bullies and bullied them back, Now they want to do away with free markets so the public doesn’t one up the hedge funds again. The use of hedge funds is what should be illegal. They are designed to deprive people of wealth or perhaps more correctly stated to extract wealth from the markets in a very underhanded way. Now they have a taste of those sour grapes and they aint liking it so very much - to the tune of some 13 billion. I hope those folks keep it up and drive all the hedge fund companies bankrupt. They are thieves through and through.

Where did he get the funds to do so much damage? Was he a millionaire?

It started out as just u/deepF-wordvalue but people slowly started coming in. Eventually accumulating millions of people. Enough to bring the price sky rocket while shoating

GME TO THE MOON

I wish I knew about this before, I could use the extra cash.

You might be able to squeeze a bit if you buy now, the stock might skyrocket once Melvin goes Bankrupt today, but it’s a huge risk.

Take a looke at Nokia if you wanna screw hedge funds. They got 68 days left so be careful.

For some saftey stuff, MARA has been getting blockchain infrastructure ready so I expect that to burst as well.

REMEMBER. I AM NOT A FINANCIAL ADVISOR. DO YOUR OWN RESEARCH BEFORE HEADING IN.

Hedge fund managers do us like that EVERY day.

Shorting stocks then leaking damaging “rumors” to the market is daily hedge fund behavior. They are illegally manipulating the market for profit. Regularly. Without remorse and without enforcement.

Now Joe Nobody is employing a similar tactic from home, with some help from similarly minded “friends” buying up these “damaged” stocks, the hedge funds are getting slaughtered on their shorts and screaming blue murder.

So good. So good.

Add to that some of these Joe Nobodies that got in early are making a serious killing themselves. News reported some dude invested 50K and turned it into 23M … score.

As a good friend of mine said,.
YEET the rich.
Hold the Line
I like this stock 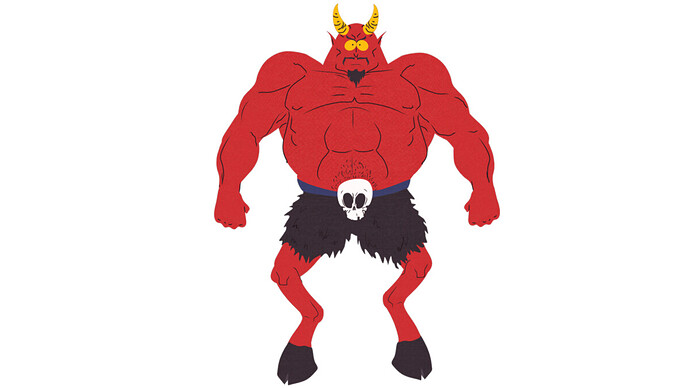 Does saying yeet make you a satanic?

More and more Normies are swarming the internet with the newest craze, theword yeet. While the word has no official definition it can be…

Knowing the rules and playing the game is where it’s at. Well done. As long as nothing is illegal, very well done.

There’s boat loads of “money” to be made out there. And as long as we continue fractional reserve banking and just printing money, there’s only going to be even more and more of it. I carry around my 100,000 Bolivar note thinking it looks more and more like the dollar everyday unfortunately. 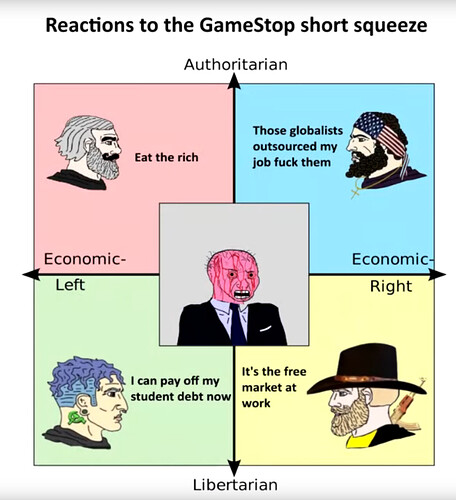 Ah. pollitical compass memes. The pinnacle of the internet 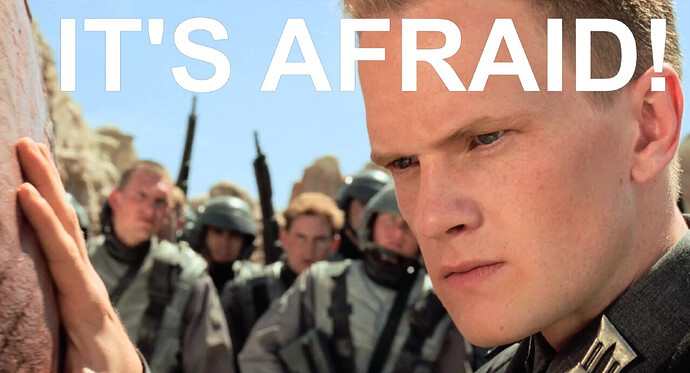 I love that they are now going to do the same to the Blackberry stock. Hit those early 90’s era stocks and bust them out.

Stock market = a vegas craps table for the business class.

BB, BBY, AMC, NOK, DogeCoin are the ones they are targeting.