For those who like to code / create here’s source code for engine above:

A Non-Euclidean Rendering Engine for 3D scenes. Contribute to HackerPoet/NonEuclidean development by creating an account on GitHub.

A NonEuclidean rendering engine for Windows

It works on Wine

I am the guy who nuked windows on the third day .

Hey, but Wine is FOSS just like this code…

I am a minimalist and wine is not in the list

Need a powerful machine though . And I have to study Euclidean Geometry first .

I am Born Lazy

Will try this out sometimes later

I like to see a faithful implementation of Lorentz-Minkowski metric (complete with Doppler shift) for small values of c.

There have been attempts at that, but they are far from perfect:

Here is a full playthrough of it: A Slower Speed of Light - Playthrough - YouTube

After all the orbs are collected, the Doppler shift (the funky colours) is disabled, but the effects of space contraction and time dilation are retained, so you can see how non-Euclidean the world actually is, with c lowered a bit.

Still, I don’t think it is entirely accurate, but it’s an excellent attempt.

And, of course, this is just Special Relativity, all effects of gravity are ignored.

Still, I don’t think it is entirely accurate, but it’s an excellent attempt.

Indeed, well we should ask some psychonauts

I assume faithful recreation can be only achieved with full scene ray-tracing / path-tracing, because there you can control c and it’s behavior fully

Have they released source code already?

I assume faithful recreation can be only achieved with full scene ray-tracing / path-tracing, because there you can control c and it’s behavior fully

But the ordinary stuff can be achieved with just matrix multiplication and polygons, just like in any old Euclidean game engine. The obvious difference is that c enters into your translation and rotation matrices.

That VR friend of mine told me he have experimented with simulation of “unusual for human” states, by making eyes like it’s some obscure animals eyesight like spider or chameleon…

Ok i can’t imagine that apart from word refraction

Is this only theoretical?

Looks good to me:

Refraction is when you have light going through a transparent medium, like glass or water. There the speed of light slows down, and if you get electrically charged objects moving faster than the speed of light, they emit radiation, like an optical version of a sonic boom. This radiation is called the Cherenkov radiation, and you can see it as a blue glow of nuclear reactors that are submerged in water: 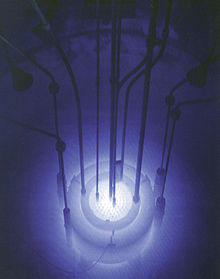 This radiation is called the Cherenkov radiation, and you can see it as a blue glow of nuclear reactors that are submerged in water 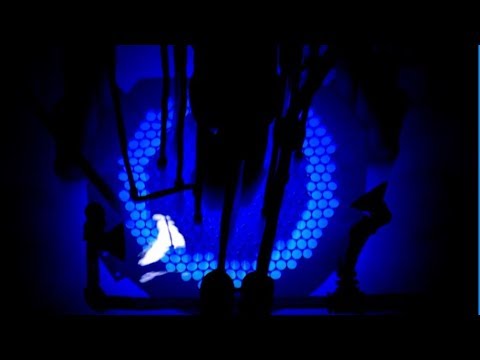 Fragments of Euclid by NuSan

An exploration puzzle game in a mind-bending world.

Reminded me of this nifty game.

Well i know what i’m gonna play next now!

Does anyone remember Pyjamarama on the Spectrum? 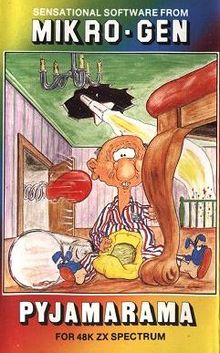 Pyjamarama is a video game for the ZX Spectrum, Amstrad CPC, and the Commodore 64. It features Wally Week as the central character and is the second (after Automania) of a series of games featuring Wally and/or members of his family. It was published by Mikro-Gen (through Amsoft for the Amstrad version). Starting in July 1986, Your Sinclair magazine published a monthly comic strip based on the character. There are two different versions of the game. The original plays the song "Popcorn", the s...