Hello everyone! I’ve finally decided to build a new system, the specs are the following :

I’ve wanted to ask if ALC1220 (realtek audio) works as it should and if there is some software to configure or turn off the RGB leds (AFAIK I can do that from UEFI, but are the changes persistent after boot?)
Also, is the zen kernel stable enough to run as daily driver with this configuration?
What about paravirtualization? (gpu passthrough and such)

The only question of those that I can answer is that the ALC1220 should work just fine. I don’t have a board that has that ANYMORE, but my Dell had it, and it worked fine. Not the greatest audio codec in the world, but quite adequate, doubly so for onboard.

Overall, nice looking build, and I can’t blame you AT ALL for re-using the old graphics card. If you don’t game a TON, it should be just fine anyway.

Have fun, try it, and see. Let us know afterwards! The beauty of PC hardware is that it is modular so you can mix and match. Unfortunately that means that there are thousands of variants and sub-variants, each with their own quirks.

As for the RGB - you should be able to ‘kill’ it by having the RGB not connected, There are (usually) settings from the co-opted power switch for differing colours, or even a step-through multi-colour option, and argb from the AUR might be able to control them directly too. Haven’t actually tried that last, as the colour cycle works OK for me

EDIT : I’ve found this one, it lists B550 but I believe they use the same controller https://aur.archlinux.org/packages/asrrgb-bin/

Depending on the motherboard you get and how you hook up the rgb fans on the deepcool case they are controlled by a button on the case if you hook them up on the board to the jrgb headers. You don’t need any extra software.

Edit: That is if it is a motherboard that supports RGB lighting or the Mystic Lighting then it’s controlled by the UEFI Bios.

A couple of days ago I’ve finished building my PC, I went for different parts tho!

So far so good! The performance uplift is quite noticeable and I’ve managed to keep my old EndeavourOS install! I only had to install the nVidia drivers and fix the xorg.conf, add nvidia driver to mkinitcpio and finally add the nvidia drm boot parameter because the driver didn’t want to load 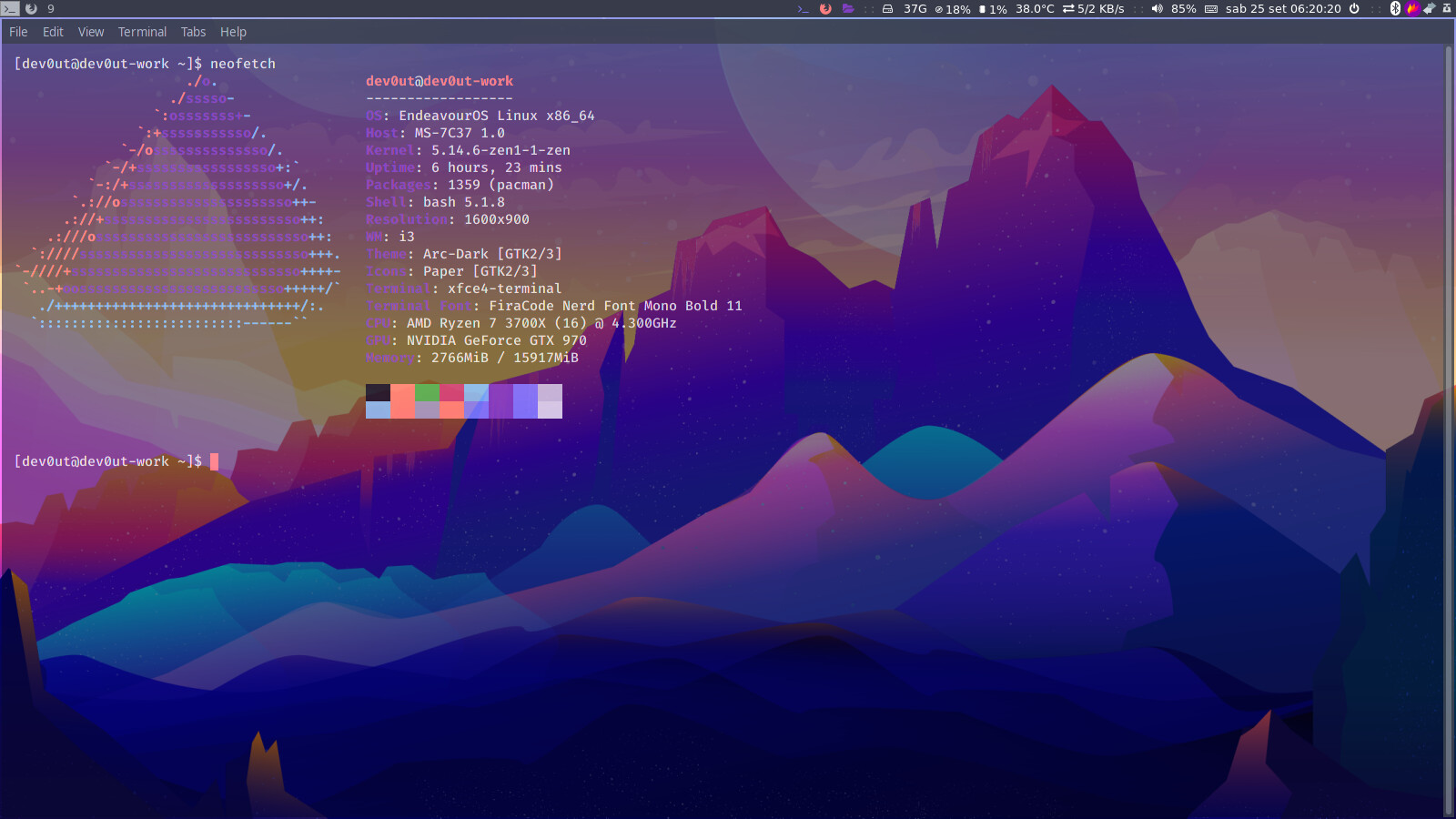 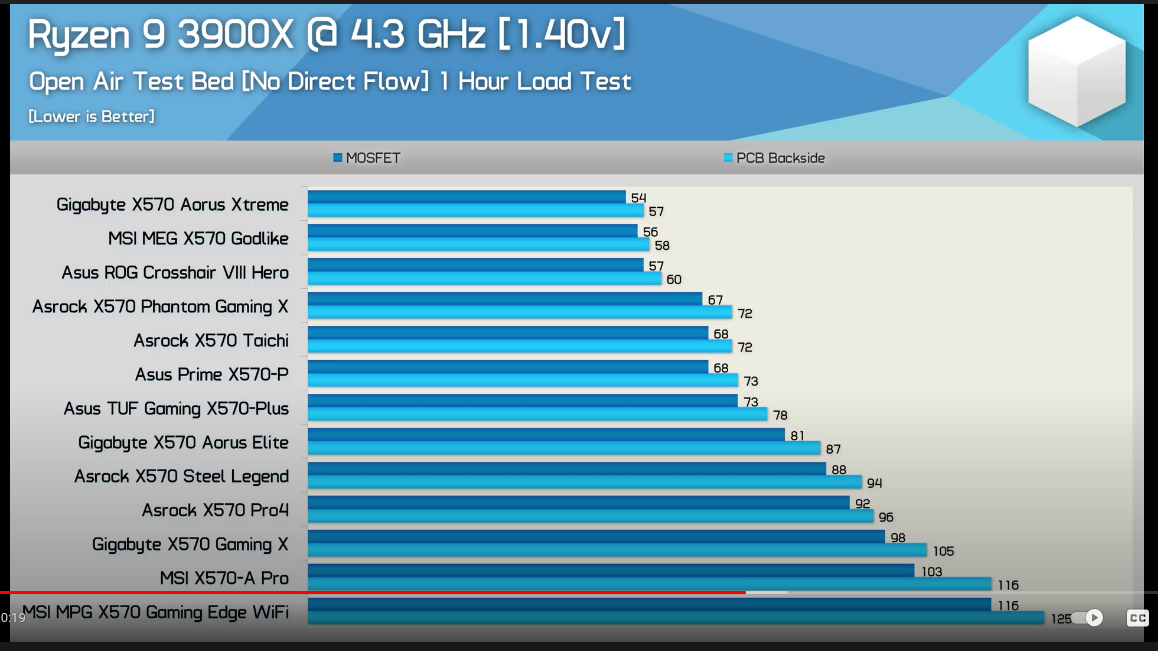 They are really really hot

Yes it has the fan on the chipset. It’s definately a better board than the X570 Pro-A. I have used both. But i will tell you they do put off a lot of heat. Especially with a case that has lots of fans. I also have the Ryzen 3800X which is 105Watts.

Have you done some undervolting in Bios? Because ryzens use a really high default voltage (my chip was boosting with 1.5v xD) out of the box and there is plenty of room for undervolting /w overclocking

My understanding is that many motherboards are driving that overvoltage for the minor performance improvement - even unasked! I backed mine off a bit for the temp drop, but I skipped the overclock 'cos I don’t need it! (Ryzen 7 3700X) if the RAM is quick…

Never tried it. I wouldn’t know where to set it.

From what I’ve read online the voltage below 1.25v is 100% safe, above 1.3v has an okay degradation and 1.4v will most likely kill your chip in 5/6 years (instead of 20+ or so) so I’ve endup with 1.232v as my daily (from what I saw online below 1.3v is good) and since you have the 3800x most likely you can run the 1.232v @ 4.3Ghz (Even tho, for what I’m using the computer for, this CPU is a TOTAL OVERKILL, it’s much more than I need lol) as daily (Since usually the 3800x are a better bind of the 3700x) to get the best bang from the chip. But if you want to run your CPU on stock I HIGHLY recommend to tinker with your RAM, at stock settings the best speed is 3600mhz (since you want IF to be in 1:1 sync with the RAM) and if you’re lucky your can bring your Infinity Fabric to 1900mhz at stock (I got lucky with the chip) and run the modules at 3800Mhz. Since the ryzens have 2 modules for the CPU if you bump up your IF speed it will increase the performance overrall (because the latency will go down), same goes with ram, the lower is the latency the higher is the performance that you’ll get in 99% of the software because the data itself will be fed faster in the CPU (Currently I’ve overclocked my ram to 3800Mhz to match the IF 1900Mhz {x2 = 3800}, you want to keep your IF in SYNC with the RAM speed to get the best performance).
Also FYI the DDR4 modules are safe under 1.42v if they are cooled properly (I’m running mine at 1.37v 3800mhz cl16 and other subtimings lowered).
The Ryzen Memory Calc (On windows) is an AWESOME tool if you don’t want to spend countless of hours to get the knowledge how to overclock the RAM and how the different timings/voltages work (basically you’ll input your RAM specs and it will give you the average of timings/voltages for your modules of RAM).
Feel free to PM me if you’re interested on this matter